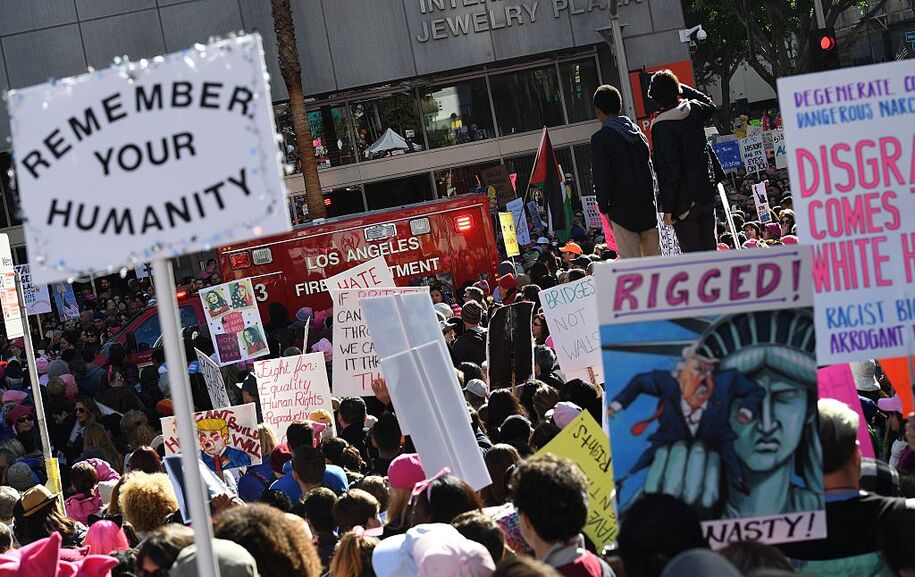 The delta surge has triggered the eruption of an enormous new anger in our zeitgeist. We’re tired of being nice to deniers and furious at people refusing to take sensible public health measures like getting vaccinated, social distancing, and mask-wearing. We’re fed up with ludicrous invented problems pinned to words like “socialism” and “critical race theory,” problems created to inflame anti-democratic frenzy and promote cruel policies.

The past several years have been rough for liberals—some people have responded with depression, others with snide condemnation, but for me it’s a smoldering, jaw-clenching, ready-to-lash-out anger. I mostly keep the anger in check, but self-control is more of a struggle now as foolishness powers an explosion of COVID-19 cases.

I still want to read about current events even though the news further infuriates me. The ground rules that underpin our interactions on Daily Kos help me keep an emotional balance. So does a mindful observation about anger and bitterness attributed to statesman Nelson Mandela and the sage advice about assholes from filth elder John Waters.

Consider these examples from Daily Kos stories and comments, check out the stories we rescued this week, then vote in the poll for the precept that works for you.

The Rules of the Road (ROTR) requires fair fights and arguments based on facts, and warns against bigoted language, calls for violence, and personal threats. Like every other human, I have thoughts of violent retribution, and smug approval when jerks experience the consequences of their actions, so I appreciate not being further incited by what others write.

Brillig and I owned up to our discomforting thoughts in the Rescue Ranger Secret Hideout last week when we rescued a story by GrafZeppelin127, “Bothsidesism and false equivalency infect a teenage mind.” “I’m so fed up with illogical, cruel ‘thinking.’ I put that in quotes because it really is not thinking, it’s regurgitating and reacting,” I moaned.

“I agree,” brillig commiserated. “I am working hard not to get crueler in my thinking toward others in response to how awful people seem to be. I am so tired of knowing there’s a way out of many issues we’re facing, if only people would THINK.”

News this week about Senator Lindsey Graham’s coronavirus diagnosis further strained my self-control. I had disturbingly vile thoughts that, if verbalized, would violate the ROTR, so I especially appreciated Alonso del Arte’s introduction to his popular story about Graham’s positive test: “Not quite sure how to feel about this one. Let’s remember that for all his many, many bad qualities, Senator Lindsey Graham (R-South Carolina) is not an anti-vaccine idiot, like too many of his Republican colleagues.”

By acknowledging that we might celebrate Graham’s comeuppance and deferring outrage with a factual reminder, he set a tone that encourages thoughtful responses, such as this comment from inkstainedwretch: “When I saw the headline for this diary, I thought ‘Good. One of the rat bastards got it instead of somebody stuck living in a red state or red county.’ Then I got mad at Republicans for making me so mad that I had that reaction. I don’t want ANY person to catch this, but I surely wish that the infections caught by innocent bystanders had gone to the anti-vaxxers instead.”

I am at a loss, Flyboy254 claims in a story that sits atop the Trending List as I write this. “I can’t be the only one getting sick of being told we have to try to treat these people as rational. That somehow people who refuse to live in objective reality have any say in how we’re supposed to run this country.”

My frustration with people who deny science, civil rights—even democracy itself—is enraging, but anger can become a bitterness that stifles meaningful action. So I struggle to embrace Nelson Mandela’s understanding: “As I walked out the door toward the gate that would lead to my freedom, I knew if I didn’t leave my bitterness and hatred behind, I’d still be in prison.”

I want to be informed about current events, even the outrage-inducing, and appreciate affirmations that others share my opinions. However, I don’t want my outrage and anger whipped up even higher by yours, with both adding to the amount of hate in our lives (thanks, ROTR).

It’s easier to leave hatred behind when not enmeshed in situations with infuriating people. I’m grateful to have the luxury of following John Waters’ advice from his 2015 commencement speech at Rhode Island School of Design. “I’m rich! I don’t mean money-wise. I mean that I have figured out how to never be around assholes at any time in my personal and professional life. That’s rich. And not being around assholes should be the goal of every graduate here today.”

Waters’ advice implies that we must work to not be the assholes ourselves. How might we accomplish this in the face of so much provocation? Do you follow the guidance of Mandela or Waters? How will you avoid adding to the amount of hate in our lives?

Check out the blurbs for the stories we rescued this week, then mark your choice in the poll.

Community Spotlight’s mission is to ensure that the best stories from the Daily Kos Community aren’t overlooked. We encourage members who write excellent stories with original views to keep writing by promoting work that isn’t receiving enough attention. We further support a healthy Community by not rescuing topics and specific stories designed to provoke bitter comment battles, although we relish strong arguments presented fairly and backed up by credible sources.

Good news: You don’t have to search to find our rescued stories! The nightly News Roundup, an Open Thread published six days a week at 7:30 PM PDT, includes links to each day’s rescued stories.

Reminder: The numbers in parentheses after each author’s name indicate the year they joined Daily Kos, how many stories they’ve published, and how many we’ve rescued.

“At this point, we don’t have the time to coax vaccine holdouts to get vaccinated.” As the headline promises, this story describes why mandates are needed, where in the U.S. they’ve been instituted, and the specific requirements.

Of carrot cake, America firsters, and the Transylvania University football team by LadyJeand (2014-142-14)

“We were the small-time heroes. True heirs to our ancestors who sacrificed to win the war and defeat fascism.” How do the COVID-19 “sacrifices” we have made compare to the sacrifices of the World War II generation, who had to go without sugar and endure rationing of all necessities?

The author reflects on the past four years and ethics, modeled on, but livelier than, Russell’s Pulitzer-winning philosophy book. “Reading Russell helped piece together some broken sense in me of Ought, of how to deal with Fake News and Trumpism.”

The Bank of North Dakota, a public bank founded in 1919 to help farmers, demonstrates that banks need not be a profit-driven endeavor. The obstacles to create more public banks are nearly insurmountable, however, and the current legislation to create public banks, sponsored by Representatives Alexandria Ocasio-Cortez and Rashida Tlaib, doesn’t properly address the problem.

A Florida-lover and frequent vacationer there says goodbye when the detractions from COVID-19 cases and climate abuses outweigh the attractions. “Swimming with dead manatees and broiled seafood has got to end. Watching the sunset over the red tide in the gulf, unacceptable! Being exposed to a rampant deadly virus being deliberately sicced on its unvaccinated population for political points: Gobsmackingly moronic.”

58 years later NASCAR rights a racist wrong to the only Black driver to win a top series race by quaoar (205-820-?)

In the era before electronic scoring, “it was harder to keep track of which drivers were still on the lead lap.” It was also easier to be dishonest than to watch a Black man kiss the white woman handing out the trophy, as was traditional. Thus, when Wendell Scott, the sport’s only Black driver, apparently won a race in Jacksonville, Florida, NASCAR officials lied. Now they are trying to make amends.