Exploring astrology and the zodiac in Black music 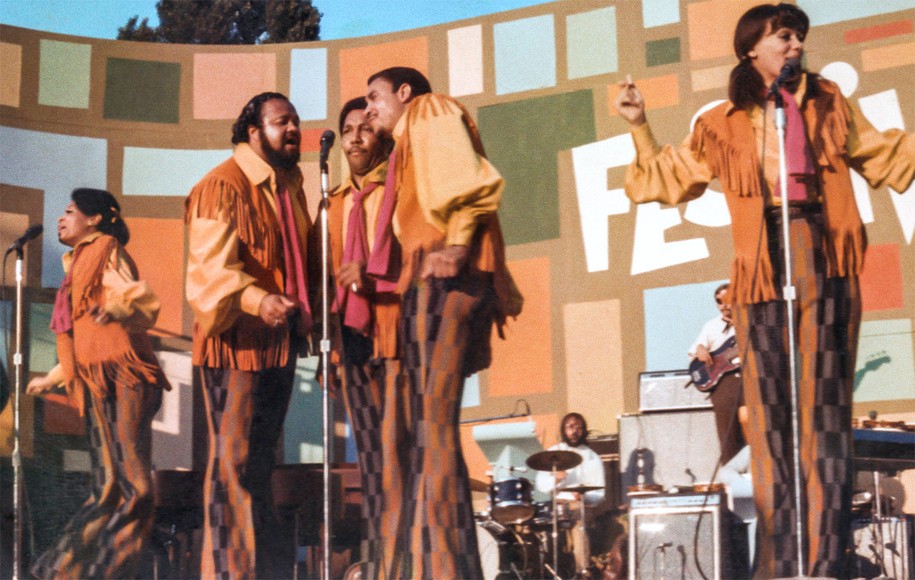 Watching The 5th Dimension perform their rousing and soulful rendition of “Aquarius/Let the Sunshine In” in Questlove’s Summer of Soul documentary, which I wrote about in July, got me thinking about astrological symbolism in Black music.

Whether or not someone seriously believes in astrology, the average person can probably tell you their sun sign if asked. Though viewed by most social scientists as a pseudoscience—though from an anthropological perspective it is a key element in many global cultures—references to astrology, the zodiac, planetary configurations, and cosmology have worked their way into all the Black music genres we celebrate here on #BlackMusicSunday each week.

Back in the day, I helped finance some of my college costs by doing astrology charts, which was a little more complicated than the simple Western sun sign popular astrology of “Hi, I’m a Leo, what sign are you?” often heard in clubs as an ice breaker. Let’s take a trip through the sun signs, planets, and the elements as interpreted in folk, blues, jazz, doo-wop, R&B, and pop, and give a listen to some of the music that hit the non-astrological music charts.

While Woodstock may have been billed as an “Aquarian Exposition,” and the apotheosis of white hippiedom, and while the Harlem Cultural Festival was lost to history until recently, I vividly remember the impact of that cultural shift in the Black community. We donned bell-bottoms, fringed jackets, and tie-dye too!

Though the 5th Dimension may have been marketed to a white pop-crossover market, co-lead singer Billy Davis Jr. takes us all to church toward the end of their performance of Aquarius as they call for the sun to “shine-in.”

When the moon is in the Seventh House

And Jupiter aligns with Mars

Then peace will guide the planets

And love will steer the stars

This is the dawning of the age of Aquarius

The age of Aquarius

Let the sunshine (You’ve got to feel it)

Let the sunshine in (Ahh, open up your heart and let it shine on in)

(And let me tell you one thing)

Let the sunshine in (Hey, open up your heart)

I was lucky enough to see him perform this live. He opens the song, exploring the significance of the number 12 in our cultural history, and then segues into a description of the symbolic 12 people on earth, who are represented by 12 zodiac signs:

Not all the songs referencing “signs” are uplifting. Blues artists have, over the years, sung about spells, hexes, hoodoo, and other folk beliefs, including bad and good luck, and probably the most famous tune of all in that vein is Albert King’s “Born Under a Bad Sign”—which is the title of both the 1967 single and the compilation album.

The “bad sign” is an astrology reference: if you’re “born under a bad sign,” it means the stars are aligned against you from birth. It was the song’s co-writer William Bell who came up with the title – he wanted to do a blues song about astrology.

Shifting into the jazz world, we find that it is full of astrological references, whether that is because the musicians were “into” astrology, or that it was viewed as “cool” I don’t know. However, as a person born under the sun sign Leo, I’ve always loved this tune by fellow Leo Mulgrew Miller, performed live here by Detroit’s Louis Hayes and the Jazz Communicators.

Sticking to music aligned with my own natal (birth) chart, not only do I have sun in Leo, my moon is in Aquarius, which drew me to vibraphonist Bobby Hutcherson’s “Aquarian Moon,” on his first quartet album, whose lineup included pianist Herbie Hancock, drummer Joe Chambers, and bassist Bob Cranshaw. Astrologers often say people with their moon in Aquarius will be drawn toward humanitarian causes. I can relate to that.

The most major astrological work in jazz, which is also considered to be classical, was written by jazz pianist, arranger, and composer Mary Lou Williams, who to this day has still not been given as much attention as her male counterparts.

Check out Vaughn Booker’s new book, “Lift Every Voice and Swing.”  He has an entire chapter on Williams. Great! With ‘Zodiac,’ Mary Lou Williams Spanned Classical and Jazz https://t.co/j0BwTot3O4

Seth Colter Walls, wrote about her “Zodiac Suite” for The New York Times, back in March.

“Zodiac” — a series of 12 pieces inspired by musical associates of Williams who were born under the respective constellations — was clearly important to her. In 1945, she recorded a trio version, featuring her own piano playing (plus bass and percussion) for the Asch imprint, later reissued by Smithsonian Folkways.

At the end of that year, she presented a version for chamber orchestra at Town Hall in New York, conducted by Milton Orent, whom Williams credited with having a hand in the orchestration. (Exactly how much of a hand remains hard to pin down.) The following summer came full symphonic orchestrations of three of the 12 movements, with the Carnegie Pops Orchestra.

With Williams we explored the intersections of jazz and classical. Jazz musicians often crossed over into genres like R&B and funk. Probably the most notable of these excursions that was astrologically inclined was jazz trumpeter Nat Adderley’s 1972 release of “Soul Zodiac,” which featured astrological narration by a Los Angeles DJ  Rick Holmes.

Of course one of the most famous bands of all times who spanned multiple musical genres—R&B, soul, funk, jazz, disco, and pop was Earth, Wind & Fire whose very name was astrological.

Earth, Wind & Fire got their name from drummer and founding member Maurice White’s astrological sign. White’s sign is Sagittarius, which has the primary elemental quality of Fire and the seasonal qualities of Earth and Air. “Earth, Air & Fire” didn’t sound right, so “Air” became “Wind.” White was previously in a band signed to Capitol Records called Salty Peppers; Maurice developed an interest in astrology and Egyptology while he was touring the world with them.

For all you fire signs in the house, let’s close with their “Serpentine Fire.”

As usual, I have too much music to explore in one story, so join me in comments to continue this astrological journey with divas like Diana Ross and Beyoncé, jazz artists Sun Ra and John Coltrane, and more.