Abbreviated Pundit Roundup: The pandemic and the insurrection share a descriptor: Far from over 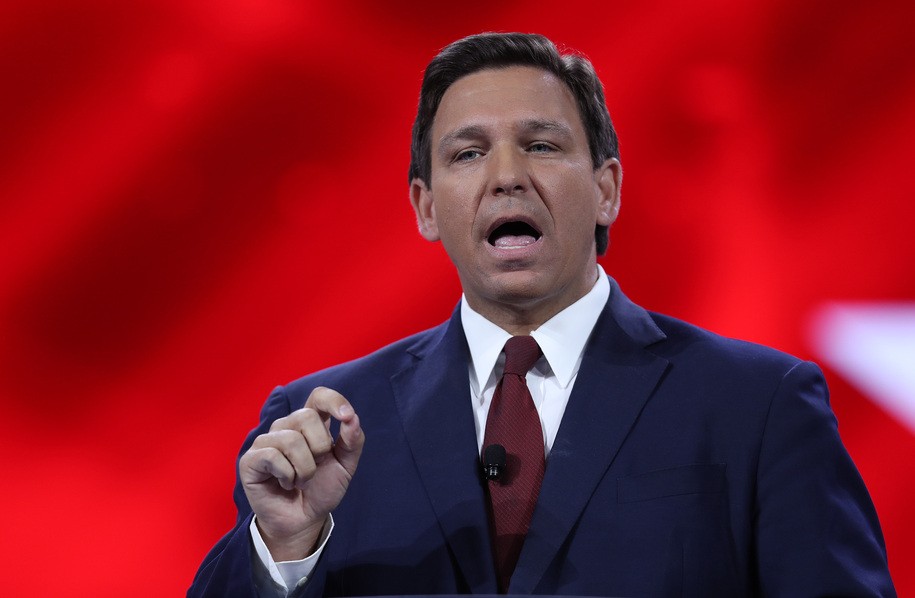 It was going to be huge

This leads to the second problem. The institutions of the American republic withstood Trump just as the Founders might have hoped: since federal government is complicated and burdensome and organised around institutional self-interest (‘Ambition must be made to counteract ambition’), it was relatively impervious to his simplistic and lazy rabble-rousing. The name-calling was exhausting and debilitating but it was possible to ride it out. But the one institution that was not able to withstand Trump was the one the Founders thought might destroy the republic anyway: a political party. The Republican Party establishment indulged Trump and then discovered that when it was time to move on his voters were staying put. Having paid lip service to his lunacy, it turned out that they couldn’t undo what they had done.

What happened on Jan. 6 was horrifying: an attempted coup, inflamed by social media, incited by the defeated president and televised in real time. What happened before Jan. 6, we are coming to learn, was equally horrifying: a slow-motion attempted coup, plotted in secret at the pinnacle of government and foiled by the resistance of a few officials who would not accede to Donald Trump’s deluded view of the election outcome.

That is the unnerving picture that is only beginning to fully emerge of what was happening behind the scenes as Trump, enraged by his loss, schemed to overturn clear election results with the connivance of not only top White House aides but also senior officials at the Justice Department who were maneuvering around their chain of command to bolster Trump’s efforts.

Which raises the most disturbing question: What if? What if the senior Trump-installed officials at the Justice Department, notably acting attorney general Jeffrey Rosen, had been more willing to put loyalty to Trump over the rule of law? What happens, God forbid, next time, when the outcome may be further muddied thanks to changed state laws shifting power from election officials to partisan legislators?

Thank you, ⁦@EJDionne⁩, for celebrating Rich Trumka’s commitment to a fusion politics that knows whenever they ask, “Is it race or is it class?”, the answer is, “Yes.” Solidarity forever, brother Trumka.https://t.co/nR9LVgEVMJ

Mr. Rosen had a two-hour meeting on Friday with the Justice Department’s office of the inspector general and provided closed-door testimony to the Senate Judiciary Committee on Saturday.

The investigations were opened after a New York Times article that detailed efforts by Jeffrey Clark, the acting head of the Justice Department’s civil division, to push top leaders to falsely and publicly assert that continuing election fraud investigations cast doubt on the Electoral College results. That prompted Mr. Trump to consider ousting Mr. Rosen and installing Mr. Clark at the top of the department to carry out that plan.

#Breaking – Clearing the final procedural hurdle in Senate after months of intense talks, senators voted to advance $1.2T infrastructure bill to a final up-or-down vote. Procedural vote was 68-29. A vote on final passage could occur as late as Tuesday morning if not earlier

Head pharmacist Floyd Talley was at the center of the action, one minute donning full protective gear to carry out nasal swabs in the parking lot. The next, he was back in his white jacket, fielding questions from moms about possible COVID symptoms their children displayed.

“There is a huge uptick in the request for vaccines,” Talley said. “We’re back almost to how we were when the vaccine first came out.”

While majorities of Americans would require vaccines for a wide variety of groups, in no case do half of Republicans agree (though a plurality of Republicans support vaccine mandates for medical providers and U.S. Olympic athletes) https://t.co/cJiqVtZrgW pic.twitter.com/OHoenC3YoE

For G.O.P., Infrastructure Bill Is a Chance to Inch Away From Trump

The former president’s efforts to bring down the bipartisan deal fell mostly on deaf ears among Republicans, signaling his waning influence on Capitol Hill. Can it last?

“I think they take their jobs more seriously than he ever took his,” said Republican strategist Scott Jennings, a former top campaign aide to Mr. McConnell, explaining why senators in his party were not swayed by Mr. Trump’s latest attacks.

Mr. Jennings said their motivation was not so much defying the former president as trying to undercut Democrats’ argument in favor of eliminating the filibuster — namely, that the G.O.P. is a party of unreasonable and irresponsible acolytes of Mr. Trump who will reflexively reject any proposal that Democrats support. (Mr. McConnell is particularly insistent on preserving the rule setting a 60-vote threshold to advance legislation.)

A flood of dark money and establishment opposition helped sink Turner’s campaign—but progressive challengers can still win if they learn from the defeat while running on a redistributive platform.

There’s a reason that the Democratic Party antagonism played well enough with voters to matter, and it presents a messaging challenge for the insurgent Left. Cuss words aside, Turner had a point: Democrats do overlap with Republicans in key ways that help explain the persistent inequality upon which Turner and other left-wing politicians have built their redistributive platforms. If the Republicans have lurched so far to the right that the Democrats can’t help but look better by comparison, the unfortunate fact is that both parties are captured by the same well-heeled corporate donor base, and generally prioritize the interests of the rich.

Support for neoliberal trade policies, never-ending wars and bloated military budgets have been resoundingly bipartisan. So, too, is disdain for universal public welfare programs like Medicare for All. Winning left victories — like the extension of the eviction moratorium that Rep. Cori Bush (D‑MO) helped secure through her high-profile campout on the Capitol steps — demands a confrontation with the Democratic Party. The whole point of a movement to elect more insurgent politicians is to get more elected officials with ties to movement politics in public office to confront the party establishment, which wouldn’t be necessary if ​“half a bowl of shit” weren’t more or less accurate.

USA with the best vaccine supply has now 17% of the worlds daily new COVID cases. In number of cases per day we are in a different level and trajectory than every other country in the world. Again. pic.twitter.com/78FG4Vf7Oc

Too Many People Are Dying Right Now

“It’s hard to look at these indicators and feel at all optimistic,” explains scientist Eric Topol.

For a couple weeks now, concerned Americans have taken comfort in the Delta experience of other countries, namely the U.K. and the Netherlands, whose Delta waves had begun earlier and who had — very roughly — similar vaccination rates to ours. In those countries, as models would have suggested given our expectations for vaccines, caseloads dramatically diverged from hospitalizations and deaths, with case numbers growing much, much faster than severe disease, which stayed, all things considered, pretty low. That simply does not seem to be happening here, even though the vaccines are working well enough that hospitalization and death remain, for breakthrough cases, very rare. Could these trends reflect rates of under-testing? To some extent, of course. But how much?

On Saturday morning, looking at Friday’s figures, I emailed Topol to ask if he was as worried as I was. Yes, he said. We spoke again later in the afternoon.

“Who’s freer?” Carlson asks. “If you’re an American, the answer is painful to admit.” (https://t.co/WGQrsq986O) Carlson following lead of religious right on the move in this direction for years: https://t.co/mApvX9m1TH

Tucker Carlson Has a New Hero

To critics, Orban’s Hungary is corrupt, repressive and authoritarian, a place where democracy is little more than window dressing and the state exists to plunder the public on behalf of a tiny ruling elite. To Carlson, it’s a model for the United States, a showcase for anti-immigrant policies and reactionary cultural politics.

“If you care about Western civilization and democracy and families and the ferocious assault on all three of those things by the leaders of our global institutions,” he told his audience on Monday, “you should know what is happening here right now.”

Carlson is not alone. “Orban’s fans in the West include notable writers at major conservative and right-leaning publications like National Review, the American Conservative and the New York Post,” Zack Beauchamp wrote in a piece for Vox last year.