The delta wave in the U.S. won’t look like that in the U.K., for some very good reasons 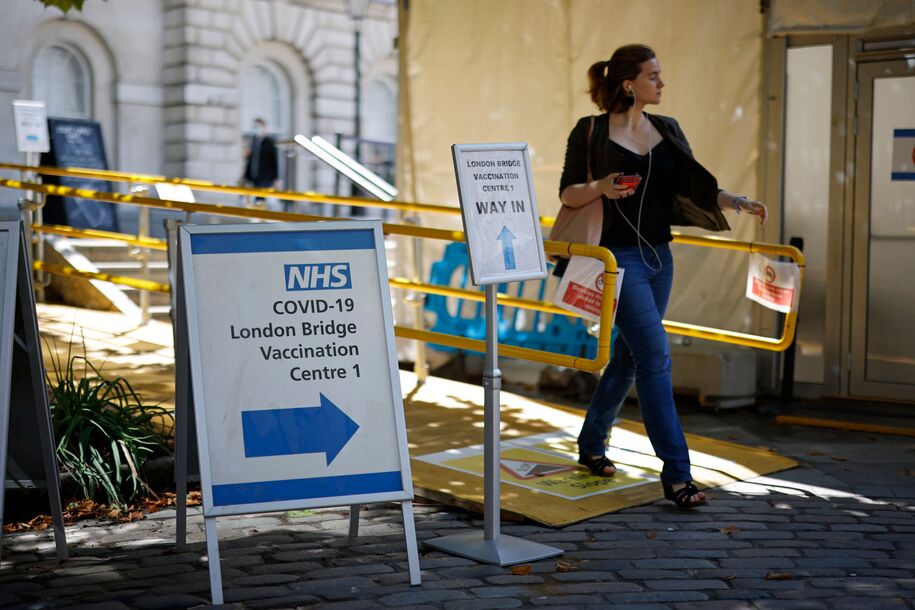 On Sunday, New York Magazine published an article entitled “Too Many People Are Dying Right Now,” and that’s undoubtedly true—even one person dying unnecessarily from a disease for which there are a number of highly effective vaccines is too many. But the premise of that article reflects a fear that’s been too widely circulated in both media and in social media: that the vaccines are failing to prevent serious illness and death.

That article first sets up a strawman based off “a back-of-the-envelope calculation” to suggest that vaccination levels at the outset of the new wave of cases should have “reduced overall mortality risk in the country by 90 percent.” It then cites another interview in which a number is presented of “probably 75 percent.” It then suggests that we’re not seeing the effect that should be there from vaccination, with a mortality rate that “has hardly fallen at all.”

All of which gives the very scary appearance that vaccines are providing next to no effect in protecting against COVID-19. This article has already become beloved on sites and with pundits who have been waving the “vaccines don’t work” banner … when they’re not waving the “thank Trump for the vaccines” flag. But there’s a basic assumption in all this that’s completely ignoring the reality of the situation: The United States is not an homogenous box where every person is comparable with every other person.

The vaccines are working just as well here as they have elsewhere, and they continue to be enormously protective.

The idea that things aren’t as good as they should be comes from reviewing information like this chart showing cases versus deaths in the United Kingdom.

This chart shows that each of the three major waves of COVID-19 that have swept the U.K. have had drastically different outcomes. In the first wave, the case fatality rates were fantastically high as hospitals were overrun, many elderly were swept into the mix, and health care workers didn’t have a clue about treatment. When the larger wave hit over the winter, the percentage of those patients who died was drastically lower, in large part because hospitals had worked out better ways of treating patients; even things such as changing the position of patients on ventilators had a huge effect. And when the ongoing delta wave hit in June, the rate of deaths in the U.K. was much lower than in either of the previous waves. This time the difference wasn’t treatment, it was vaccines.

If you work it out in terms of the case fatality rate for each month of the pandemic, both the improvement due to both treatment and vaccines is readily evident.

The data so far from August makes it seem that rates are slipping slightly up from the last two months. This may be because deaths are always a lagging indicator, with the peak following some weeks behind the cresting wave of cases. It may also may simply be because the August data is far from complete and more subject to one or two days of bad numbers.

In any case, the delta wave struck the U.K. just a few weeks before it hit the U.S., and there’s been a wide assumption that the U.S. would follow a similar pattern. But that’s probably not going to happen, and the reason has nothing to do with failing vaccines.

Here’s that first chart again, this time for the United States.

Why does the United States look so vastly different than the clear sequence of events in the U.K.? Well, first off, the United States is a lot bigger. With the exception of the peak that hit around the first of 2021, each of these waves was more of a regional event than a nationwide surge. The first wave hit the Northeast, saddling that area with a disproportionate number of deaths at a time when treatments were unclear. Three months later, the summer surge was mainly restricted to southern states, and the trailing trough on that winter peak hit hardest in the Midwest. Now cases are blasting upwards again, and while it’s absolutely a nationwide phenomenon, it’s far, far from evenly distributed.

On Monday, fully 28% of all new cases in the United States could be found in a single state: Florida. In the Sunshine State, that one day saw COVID-19 cases exceed 131 per 100,000 of the population. Meanwhile, more than a dozen states had case rates an order of magnitude lower. In large states like New Jersey, Michigan, and Ohio, the rate of new cases was 10 per 100,000 people or fewer.

Thanks to the way the federal government under That Other Guy decided to simply shrug off any central authority when it came to dealing with the pandemic, the United States never developed a coordinated system of testing, never had any consistent rules between states, and is left with a legacy where Civiqs still shows 38% of Republicans saying no to the vaccine. The United States hasn’t fought three waves of virus, or even four—it has fought 50 running battles among states that have different rates of infection, different rules, and case fatality rates that are five times different between the top and bottom states.

But one of the things that makes the U.S. seem so messy and the U.K. story seem so neat is simply a matter of scale. Here are the relative case fatality rates placed side by side in a single graph.

What becomes evident when seen in this way is that one of the things that makes the U.K. story seem so “clear” is just how hideous those opening months of the pandemic were on that side of the Atlantic. While the U.K. death rate in the second wave was very much improved, outcomes were actually still worse than what the U.S. saw during the winter peak. Why would that be? Well …

The single biggest factor that’s changed between the U.S. and U.K. over the last few months is vaccination rates. Despite President Biden working to see that more than enough vaccine was available for all Americans, and despite a high-speed rollout that at one point was generating 4 million jabs in a single day, vaccine hostility from Republicans has the vaccination rate in the U.S. running 20 points behind that in the U.K. Despite what some articles continue to claim, the rates are not “roughly similar” and have not been since well before delta began its rise in either nation.

And here’s another thing that makes a big difference in those numbers: Not only has the United States failed to ever test for COVID-19 at an adequate rate, the rate of testing has actually been on the decline since January. At the moment, the U.K. is testing residents at a rate more than three times greater than the U.S.

The high rate of testing in the U.K., which largely continued into the new year, means that their case fatality numbers are driven down because they are simply catching far more of the light and asymptomatic cases. The miserable-and-getting-worse testing rates in the United States mean that we are largely where we were at the outset of the pandemic: People wander in to get tested for COVID-19 when they start getting afraid they have COVID-19, and not a moment earlier. In the U.K., every school child is being sent home with free tests and is expected to test twice a week. In the U.S., states are passing laws against allowing school districts to require such testing. We test sick adults. And that’s it.

No one should expect the delta wave in the United States to closely map to the way things went in the U.K. because the the two nations haven’t really followed similar paths since the pandemic began. It’s not going to happen now. The United States is too messy, too filled with states where governors are still passing rules forbidding masks or vaccine mandates even as the virus runs wild, too undertested, and too beset by regional hospitals filled beyond capacity. In every one of these waves, that last factor has been the most decisive—when medical care becomes inadequate, the rate of COVID-19 deaths moves toward the number of COVID-19 patients who need intensive care. That number is somewhere around the hideous values the U.K. achieved in the pandemic’s opening act, when their case fatality rates topped 15%.

When the U.K. started climbing the delta wave, almost 60% of the population there had already been vaccinated. Right now, that number stands at just under 70%. Add in the number of people who have contracted the delta variant over that time, and cases are now falling in much of the U.K. simply because they are genuinely pressing herd immunity. In the United States, the vaccination rate just passed 50% last weekend. Cases here are not going to magically decline so quickly because there are simply far, far more unvaccinated people waiting to catch the disease—though the numbers may go down in Florida once DeSantis’ policies manage to get everyone sick.

In spite of all this, the U.S. case fatality rates are now at the lowest point they have been since the pandemic began. In spite of Ron DeSantis, in spite of Texas Gov. Greg Abbott, in spite of hucksters peddling fake miracles, right-wing preachers screaming that Jesus wasn’t vaccinated, and a whole right-wing media industry pumping out vaccine hostility, the actual rate of death among those who test positive for COVID-19 in the United States has never been lower. Despite what that New York Magazine article applies, the case fatality rate in July and August was not just the lowest the nation has seen, but 80% lower than it was in February. That’s a lot better than “no improvement.”

And that’s because the vaccines are tremendously effective in protecting against severe illness and death.