Children are going back to school, but when will COVID-19 vaccines be available to protect them? 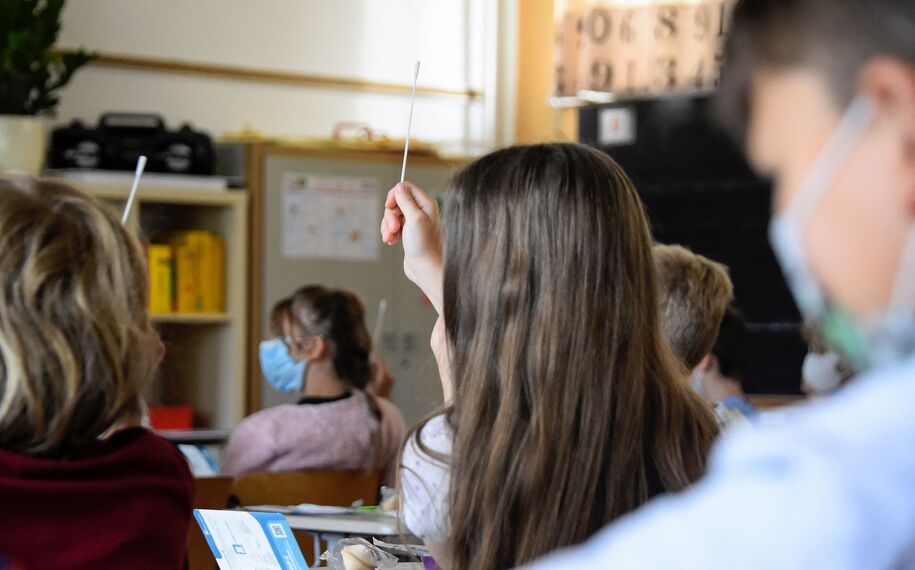 On Thursday, the White House COVID-19 response team reported an increase in vaccinations for those aged between 12 and 17. Though the current number of vaccinations is only running at around 630,000 doses a day, that represents the highest level since June and a reversal of the long decline that had been in effect since the nation hit a peak of over 3,400,000 doses a day back in April.

One cheering bit of news from this data: Many of the states that have been hardest hit in the wave of delta virus are among those that have seen the biggest increase in vaccinations for children and young adults. That includes a 4-time increase in Louisiana, Alabama, and Mississippi and a tripling of the rate in Arkansas.

Unfortunately, that increase comes with the delta wave still rising. The seven-day moving average is now at the highest level since early February, with over 114,000 new cases being reported each day. Florida continues to provide a large slice of that total, with 24,753 cases reported on Wednesday. Despite the rise in vaccinations, Louisiana and Mississippi continue to lead the nation in terms of cases by population, with over 100 cases per 100,000 population.

Also under discussion at the Thursday press conference was the Food and Drug Administration’s (FDA) plan to get a booster shot in to the arms of those most vulnerable to infection because their immunes systems are depressed by disease, treatment, or medications. Centers for Disease Control and Prevention (CDC) Director Rochelle Walensky noted that 90% of U.S. counties are currently at the either the “substantial” or “high” levels for community transmission, and while those not vaccinated at all remain at the highest risk, it’s important to offer the booster to those who need more than the standard number of shots.

The FDA is expected to provide information on the booster program within the next day, but that’s just one item on a busy schedule over the upcoming weeks. What everyone wants to know is:

Vaccine availability for children under 12

With the school year starting, the idea that kids are being forced back into classrooms without even the option of a vaccine seems ridiculous. If there was a nationwide epidemic of chickenpox, children would be shut out of schools until they could provide proof they were safe. But at the moment, the youngest students have no options at all.

That could change in September. Both Pfizer and Moderna began testing their vaccines on children last spring after the vaccines were made available first to adults. In June, Pfizer expanded the number of children in its trials and began testing doses of various sizes for children of different ages. At the time, that generated a peculiar situation in which the company said it expected to have data for children between 2 and 5 to the FDA before filling the “donut hole” between 5 and 12. A separate test is being conducted on children between 6 months and 2 years. At the time, the hope was to turn in information on that younger group by August.

All these trials appeared to be going well, but in July the FDA came back to both Pfizer and Moderna and asked them to enroll more children in their studies, meaning that all cohorts got something of a delay. That led to predictions that the first vaccines would not be available to children until late October or early November—particularly for that critical 5-11 age group that represents most of school-age children.

However, then Pfizer issued a statement saying that it anticipates having enough data on the 5 to 11 group “sometime in September” with data on the kids between 2 and 5 arriving “soon after that.” Depending on what day that “sometime” means, the first vaccines could be available for kids as soon as the end of that month.

Pfizer formally submitted its vaccine data to the FDA on Nov. 20, 2020. The FDA’s committee of outside experts met and reviewed the evidence on Dec. 10, voting to approve an emergency use authorization (EUA). The FDA followed up by issuing the first EUA on Dec. 11, and the first vaccines were shipped within the next 24 hours.

Assuming that period is matched in the deployment of vaccines for children, it would be 21 days between the application for an EUA and the FDA making the vaccine available. It’s unlikely that this can proceed much faster without compromising the process, as it requires dozens of people inside and outside the agency to examine the raw data submitted with the application and draw conclusions about safety and efficacy. It could certainly take longer, particularly if there are reasons for concern.

Should Pfizer’s “sometime in September” fall around the middle of the month, vaccines could be available to school-aged children in the first two weeks of October. Which would be a relief … however, the vaccine is still a two-dose regimen with a three-week interval in between. So don’t expect any American kids (other than those enrolled in the trials) to be fully vaccinated before November. Younger children are likely to be looking at a wait on the order of an additional month.

It’s unclear exactly where Moderna is on the timeline at the moment. In July, one of the leaders of Moderna’s trials indicated they expected to follow a timeline similar to that of Pfizer. However, Moderna has been continuing to expand pediatric trials in Minnesota and some will continue to be enrolled in September. This could signal that Moderna will not be submitting their data to the FDA until somewhere close to the end of the year, or these cohorts could be testing a different dosage or dosing regime. The best bet is that Moderna is unlikely to submit their data until October or November at the earliest.

Unlike Moderna and Pfizer, Johnson & Johnson did not at first seek to gain an EUA for the use of their vaccine on adolescents. They began phase 2A trials for those aged 15-17 in the spring and completed that trial in July, but have not yet moved to expand the EUA. Also in July, the company announced that it would begin a study on children down to age 12 “in the fall.” It’s unclear when or if  Johnson & Johnson will conduct trials on those under 12.

In a speech two weeks ago, President Joe Biden indicated that he expected a fully approved vaccine to be available in “early fall.” But The New York Times reported earlier this month that the FDA was shooting for a deadline of Labor Day (Sept. 6) or sooner when it comes to the vaccine from Pfizer/BioNTech. The FDA has been trying to ride a hard line, making sure that everything is covered so that no one can factually claim any steps were skipped. At the same time, they recognize that a percentage of those unvaccinated continue to claim that full approval would make a difference. The result is that the FDA has been piling on people and resources, trying to make this move as fast as possible.

Moderna filed for full approval of their vaccine in June, about a month after Pfizer, so it’s likely that full approval of that vaccine won’t come until October—which is a shame, because the numbers showing Moderna is more effective at preventing delta infections is bound to give it a boost when it comes to preference. But approval of a vaccine involves processing tens of thousands of pages, and many of the same people who need to work on approving Moderna are no doubt tied up trying to see the Pfizer approval across the finish line.

Johnson & Johnson has still not applied for full approval of their one-shot vaccine.

Booster shots for everyone

On Thursday, Director of the National Institute of Allergy and Infectious Diseases Dr. Anthony Fauci conducted a press briefing and was asked when boosters would be available—and necessary—for those not on the FDA’s list of the most vulnerable. Fauci made it clear that he believes everyone will need a COVID-19 booster at some point. “We are evaluating this on a day by day, week by week, month by month basis,” said Fauci, “looking at any of a number of studies, both international and domestic studies.”

Rather than give a specific date, Fauci suggested that agencies will continue to monitor the effectiveness of vaccines over time and to examine new variants as they arise. One still-unpublished study from the Mayo Clinic indicates the Moderna vaccine maintains 76% efficacy in preventing infection against the delta variant, while the similar Pfizer vaccine only provides 42% protection. Both vaccines are highly effective in preventing severe symptoms.

As immune responses generated by the vaccines fall over time, boosters will be needed, especially if COVID-19 remains as ubiquitous as it is today. According to Fauci, when the data says that vaccines are needed, they will be made available. “We’ll be very ready to do it,” he said, “and do it expeditiously.”

Right now boosters will be limited to the 2.7% of the population that the FDA believes didn’t get sufficient protection from the standard one or two shots.

Late on Thursday evening, the FDA made official the policy of offering a third shot to several million Americans who have undergone organ transplants, have one of several kinds of cancer, or have other conditions that affect their immune systems.  Shots may be available as soon as this weekend.