Morning Digest: With Hochul pledging to seek a full term, the first hints of a challenge emerge 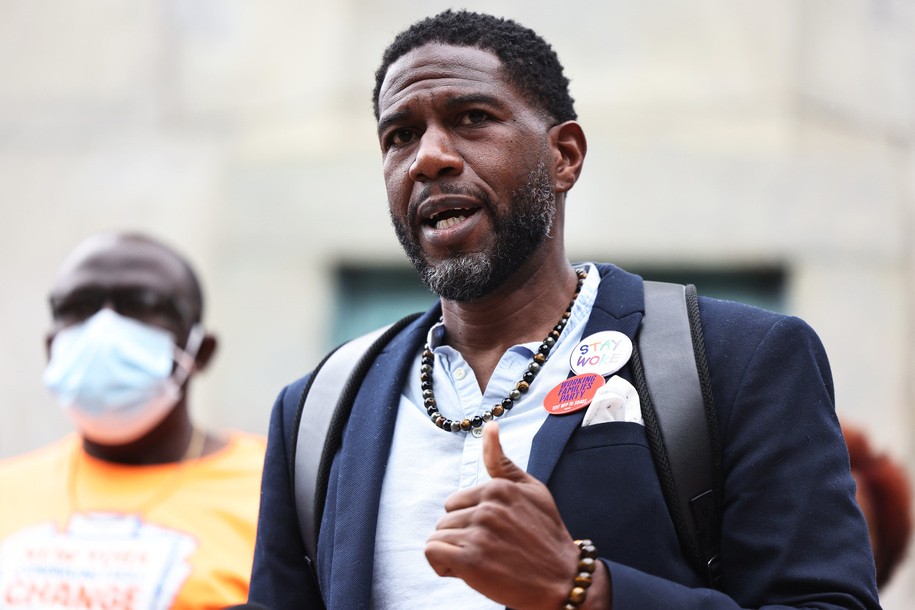 ● NY-Gov: Lt. Gov. Kathy Hochul, who is set to become New York’s next governor on Aug. 24, said on Thursday that she’ll run for a full four-year term in next year’s elections. The big question now, of course, is which if any prominent fellow Democrats might challenge her for the party’s nomination.

Thanks to Gov. Andrew Cuomo’s prolonged departure period (even Hochul groused that his two weeks’ notice was “not what I asked for”), the new governor’s transition period has not even begun, making it awkward for any would-be rivals to speak openly about their intentions. And while a large number of Democrats saw their names mentioned or even declined to rule out bids against Cuomo over the last few months, Hochul’s ascension—marked in particular by her status as the state’s first female governor—has reset the political calculus.

As a consequence, it makes sense to focus on potential candidates who’ve surfaced in the wake of Cuomo’s resignation announcement, since someone who was willing to take on Cuomo may not necessarily feel the same way about Hochul, and vice-versa. The New York Times‘s Katie Glueck has some of the first reporting on our new post-Cuomo world, saying that New York City Public Advocate Jumaane Williams is “thought to be exploring a run” and could kick off a campaign “in the coming weeks,” according to an unnamed Williams adviser.

Williams’ name had in fact come up previously: As Cuomo’s sexual misconduct scandal crescendoed in late February, he declined to rule out a bid. But Williams has also run against Hochul before, holding her to a 53-47 win in the 2018 primary, even as Cuomo was beating his own challenger, actress Cynthia Nixon, by a far larger 66-34 spread on the very same day.

Glueck also says that Suffolk County Executive Steve Bellone “is strongly considering a run; he, too, had reportedly been weighing a challenge to Cuomo, but given his decidedly moderate reputation, he may not have a ton of appeal for primary voters.

● Redistricting: The 2020s redistricting cycle began in earnest on Thursday with the release of key population data from the Census Bureau, data that showed which parts of states had gained or lost population over the last 10 years. This data is essential for redrawing districts across the country, and you can find out how we expect the redistricting process to unfold and which party, if any, will be in charge in all 50 states in our new guide.

That’s an improvement on previously unreleased numbers from June included in Fabrizio’s memo that had Mandel ahead 22-4. However, the poll includes two candidates who aren’t actually running yet (Rep. Mike Turner and state Sen. Matt Dolan), and with almost half the electorate expressing no preference, its predictive value is limited.

● NJ-Gov: Republican Jack Ciattarelli is out with his first* TV ad of the general election, hitting Democratic Gov. Phil Murphy on taxes. In the spot, Ciattarelli berates Murphy for a 2019 comment at a business forum in which he said, “If you’re a one-issue voter and tax rate is your issue … we’re probably not your state.” New Jersey 101.5 explained at the time that Murphy’s remarks “came as part of a nearly 10-minute answer to a question about New Jersey’s persistently low ranking in business climate surveys.”

* We’re putting an asterisk there because Ciattarelli started running anti-Murphy ads before the June Republican primary, thinking he had the nomination sewn up, then had to abruptly switch gears to attack a perennial candidate who was nipping at his heels. (In the end, Ciattarelli won the GOP nomination comfortably.)

● OR-Gov: State Labor Commissioner Val Hoyle, who previously had not ruled out a bid for governor next year, says that she’ll seek re-election to her current job. While the post of labor commissioner is officially nonpartisan, Hoyle is a Democrat. Three years ago, Hoyle succeeded fellow Democrat Brad Avakian by winning a majority in the May primary over two other candidates, allowing her to avoid a November runoff.

● VA-Gov: Democrat Terry McAuliffe’s newest TV ad features a couple who describe themselves as lifelong Republicans saying they can’t vote for GOP nominee Glenn Youngkin because “he’s way too much about Donald Trump.”

● IL-18, IL-Gov, IL Supreme Court: Republican Rep. Darin LaHood, who’d reportedly been a potential candidate either for governor or the Illinois Supreme Court, said this week that he’s “committed to running for re-election” and will do so “whatever our district turns out to be.” While a statewide bid in a state as blue as Illinois might not have looked particularly appealing, Illinois’ highest court, quite unusually, elects its members via districts, and a rare opening in the conservative 3rd District presented LaHood and the GOP with an opportunity to undo the court’s narrow 4-3 Democratic majority.

However, those districts had not been redrawn in over half a century, leading to extreme malapportionment that benefited the rural Downstate region at the expense of the Chicago area. In light of this problem—and its obvious political ramifications—Democrats in the legislature passed a new map this spring that rebalanced the districts and made the 3rd considerably bluer. (The old version voted for Donald Trump 51-47; the new one backed Joe Biden 53-45.)

Republicans may still try to target the Supreme Court, but the new map makes their task tougher, as does the decision of a high-profile candidate like LaHood to stay away. LaHood could yet face another redistricting-related obstacle depending on how Democrats reshape the state’s congressional map, though it appears that fellow Republican Rep. Rodney Davis’ 13th District would be an easier target than LaHood’s much redder 17th.

● WY-AL: Donald Trump was reportedly set to meet with a new potential challenger to Republican Rep. Liz Cheney on Thursday, attorney Harriet Hageman. In 2018, Hageman ran for Wyoming’s then-open governorship but came in third with 21%, behind now-Gov. Mark Gordon, who took 33%, and conservative megadonor Foster Friess, who earned 26% (and died earlier this year). Politico notes that Hageman has donated to Cheney’s past campaigns and was even involved with her abortive 2014 bid for Senate.