Abbreviated Pundit Roundup: Vaccines and masking are the way out. Some fight that, but it’s true 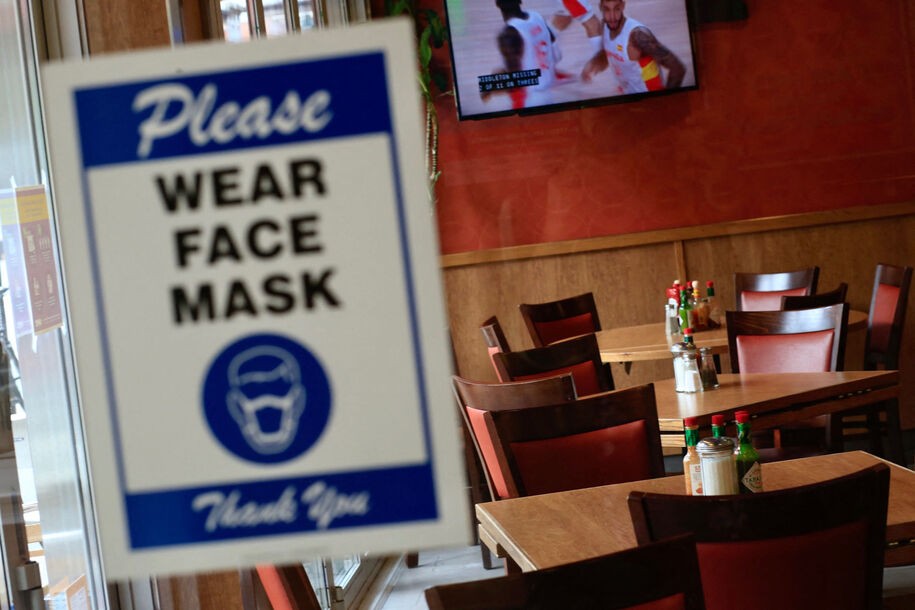 HOW THE PANDEMIC NOW ENDS

Cases of COVID-19 are rising fast. Vaccine uptake has plateaued. The pandemic will be over one day—but the way there is different now.

But something is different now—the virus. “The models in late spring were pretty consistent that we were going to have a ‘normal’ summer,” Samuel Scarpino of the Rockefeller Foundation, who studies infectious-disease dynamics, told me. “Obviously, that’s not where we are.” In part, he says, people underestimated how transmissible Delta is, or what that would mean. The original SARS-CoV-2 virus had a basic reproduction number, or R0, of 2 to 3, meaning that each infected person spreads it to two or three people. Those are average figures: In practice, the virus spread in uneven bursts, with relatively few people infecting large clusters in super-spreading events. But the CDC estimates that Delta’s R0 lies between 5 and 9, which “is shockingly high,” Eleanor Murray, an epidemiologist at Boston University, told me. At that level, “its reliance on super-spreading events basically goes away,” Scarpino said.

This is, I think, an excellent read for all parents who, like me, regularly wonder if we’re missing something amidst the latest “younger, sicker, quicker” narrative about covid and the delta variant. https://t.co/7gLhl0ibFe

Vaccinated from 22% to 92%.. How my manufacturing company of 85 employees got a lot safer in the last few weeks.(1/14) pic.twitter.com/FSD5jSREEk

‘Everybody I Know Is Pissed Off’

New polling data paint a more complicated picture about the next phase of the pandemic.

These new results, shared exclusively with The Atlantic by several pollsters, reveal that significant majorities of people who have been vaccinated support vaccine mandates for health workers, government employees, college students, and airline travelers—even, in some surveys, for all Americans or all private-sector workers. Most of the vaccinated respondents also say that entry to entertainment and sporting arenas should require proof of vaccination, and half say the same about restaurants.

All of this suggests that as the Delta variant’s “pandemic of the unvaccinated” disrupts the return to “normal” life promised by the vaccines, a backlash may be intensifying among those who have received the shots against those who have not. And that could leave Republican leaders who have unstintingly stressed the rights of the unvaccinated—including Governors Ron DeSantis of Florida and Greg Abbott of Texas and House Minority Leader Kevin McCarthy—in an exposed position.

After the horrors that health-care workers have endured during the pandemic, many are struggling to sympathize with people who won’t protect themselves.

Finally, in the depths of winter, during the week of my birthday, I received my first vaccine shot. Science had brought us a solution, and we could finally see the end of all those months of fear, exhaustion, and sacrifice.

But that’s not what happened. COVID-19 hasn’t ended. Instead, infection rates are going up. The Delta variant has taken hold, and hospitals are filling up again. But this time the suffering seems different, because it is avoidable. Optional. A choice.

The main reason the pandemic in the United States is not over is because people are not getting vaccinated. Some people may have good reasons for not getting a shot, but most people who refuse vaccination do not seem to be acting based on data or evidence. The refusals that we read every day seem more rooted in a general mistrust of government, or in a strong identity as “not that kind of people.” And those vaccine refusals mean people are getting sick, and will need care, and may die needlessly.

Almost 80% of Black adults in the US say a lot more needs to be done to ensure equal rights for all Americans; 58% say most laws and institutions need to be “completely rebuilt” because they are fundamentally biased against some racial and ethnic groups. https://t.co/7qYDtHscUz pic.twitter.com/MTWL3ldLDE

Are Biden and the Democrats making a giant political goof by helping out the white working class?

The ambitious Biden $6 trillion economic plan hasn’t gained him any political support from the white working class that benefits. Does it matter?

While some voters in rural areas that voted overwhelmingly for Trump concede they credit the new man in the White House — “begrudgingly,” a 76-year-old Ohio retiree told the Washington Post — others are already blaming the flow of government money for higher prices at the gas pump or other possible signs of inflation. And many are telling focus groups or nosy journalists that it’s NOT the economy, stupid. Recently unemployed Ohio truck driver Danny Long told the Post he was grateful for the cash but simply couldn’t applaud POTUS 46. “The only thing Biden should get credit for is hundreds of dead people voting for his [butt],” he said, fully embracing “the Big Lie” of the 2020 election.

The lack of any kind of stimulus-check bounce for Biden — at least among the white working class that’s been abandoning his Democratic Party for decades — is worth revisiting in one of the most consequential weeks for American domestic policy since the first 100 days of Franklin Roosevelt’s New Deal in 1933.

For those of you who are visual learners, here is a great graphic on vaccinated vs unvaccinated populations and the outcomes that result.https://t.co/8RgGMEWigj

A Pyrrhic Victory in a Broken Senate

Mr. Biden and Senate Democrats set out to prove that their preferred way of doing business still works, and they did: The Senate can still function, not by just doing something but by taking a very long time to do half of something, on a bipartisan basis, with a dubious promise to finish the rest later.

This bipartisan infrastructure bill is popular (and much of the spending is urgently needed throughout the country). Infrastructure spending, like bipartisanship, usually is. But having to spend so much time tortuously wringing support from the minority party to spend money on things people need and want is not actually a sign of a healthy system of government. Doing what’s necessary and popular shouldn’t be the hard part of governing, requiring painful compromise.

Republicans believe that voters will blame Biden for every single bad thing that happens while he is president, no matter how obviously it was caused by Republican mendacity. How many will die because of this cynical philosophy? https://t.co/aGlmGcrCnU

Vaccines Are Like Sunscreen … No, Wait, Airbags … No, Wait …

Everyone is bad at describing the vaccines, including me.

Unfortunately, communal benefit is harder to define, harder to quantify, and harder to describe than individual protection, because “it’s not the way Americans are used to thinking about things,” Neil Lewis, a behavioral scientist and communications expert at Cornell, told me. That’s in part because communal risk isn’t characteristic of the health perils people in wealthy countries are accustomed to facing: heart disease, stroke, diabetes, cancer. Maybe that’s part of why we gravitate toward individual-focused comparisons. Slipping into a pandemic-compatible, population-based frame of mind is a big shift. In the age of COVID-19, “there’s been a lot of focus on the individual,” Lewis told me. That’s pretty at odds “with how infection works.”

Maybe the ideal analogy remains elusive for another reason: Nothing really is quite like a vaccine.

A smart suggestion from @mattyglesias: Biden should fight inflation by ditching the dumber Trump tariffs. May I suggest he start by ditching tariffs on SOLAR PANELS? If clean electricity is the goal, why make it more expensive on purpose? https://t.co/NOQo2P0rmn

If You Skip the Vaccine, It Is My ‘Damn Business’

Wearing a helmet while bike riding, strapping on your seatbelt in a car — these are personal decisions, at least as far as your own injuries are concerned. Vaccination is different. In the context of a deadly and often debilitating contagion, in which the unchecked spread of infection has consequences for the entire society, vaccination is not a personal decision. And inasmuch as the United States has struggled to achieve herd immunity against Covid-19 through vaccination, it is because we refuse to treat the pandemic for what it is: a social problem to solve through collective action.