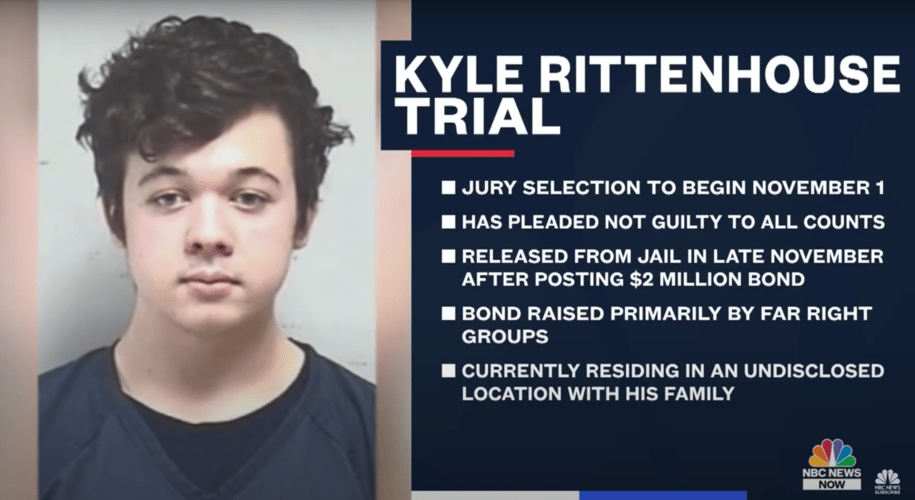 Prosecutors have filed another motion in the Kyle Rittenhouse case as new evidence continues to surface ahead of his trial. In this instance, Assistant District Attorney Thomas Binger wants to admit the new video as evidence to provide “crucial insight” into Rittenhouse’s state of mind. The video, prosecutors argue, proves that Rittenhouse makes snap judgments without any evidence.

The 29-second video was recorded two weeks before the deadly Kenosha shooting in which the Illinois teen killed two men and severely injured one more when he openly fired at protesters during a Black Lives Matter demonstration last year. Rittenhouse was charged with first-degree intentional homicide and five other counts, but his case has not been simple. He has been the subject of multiple controversies, from disappearing off the grid amid investigations to being spotted hanging out with the Proud Boys.

Despite being charged with intentional homicide, Rittenhouse was released on bail; conservatives paid his $2 million bond. Alongside the video, Binger has asked the judge to press Rittenhouse to turn in the names of anyone who donated to his legal defense, “Free Kyle.” These people, Binger argued, should not be allowed to serve on the trial’s jury, the Associated Press reported.

Prosecutors alleged the video confirms that Rittenhouse was “hunting humans” that evening and shot the men as an act of vigilantism.

In the motion Wednesday, prosecutors noted that Rittenhouse “saw something, jumped to a conclusion based on exactly zero facts, and then threatened to kill someone based on his baseless assumption and wrongful interpretation.” They added that Rittenhouse didn’t know the people outside the CVS or what they were doing; he merely made assumptions as he watched them from across the street. Rittenhouse had no interactions with the group.

This latest motion follows other requests by prosecutors in the last year, including a motion for a new warrant for Rittenhouse’s arrest and increases in his bond, Daily Kos reported.

A hearing on motions is set for Sept. 17. Rittenhouse’s trial begins November 1.