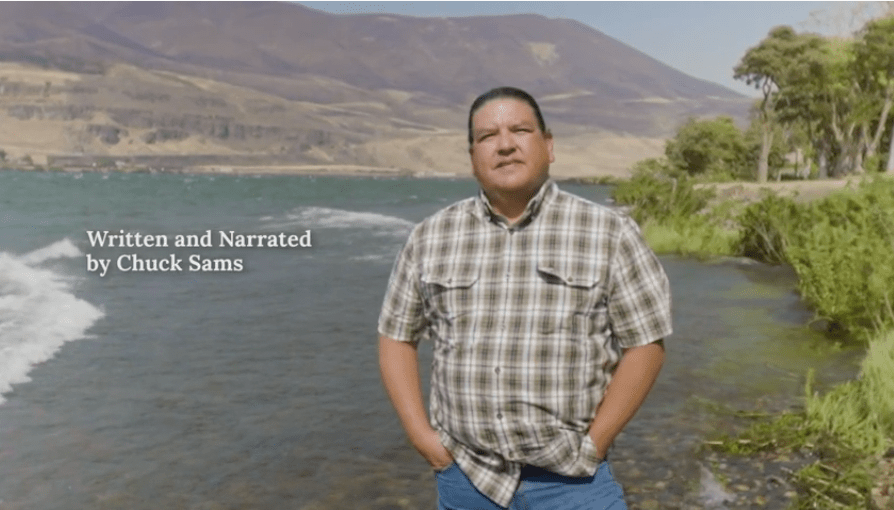 Shamefully, the National Park Service has never before been led by an enrolled tribal member. As announced on Wednesday, President Joe Biden is working to change that. The White House has tapped Charles F. “Chuck” Sams III, a member of the Cayuse, Walla Walla, Cocopah, and Yankton Sioux tribal nations who lives on the Confederated Tribes of the Umatilla Indian Reservation with his family, to be the next director of the Park Service, as reported by Axios, potentially making him the first Native American to head the National Parks Service. The next step is for him to be confirmed by the U.S. Senate. As Daily Kos covered at the time, Interior Secretary Deb Haaland currently serves as the first Indigenous Cabinet member; if Sams is confirmed, it would be extremely cool and meaningful to see the two work together.

What does the job entail? It perhaps goes without saying that Sams would manage the national park system. This includes overseeing more than 400 separate areas in every state, including the U.S. Virgin Islands, Guam, Puerto Rico, American Samoa, and Washington, D.C. This includes more than 60 national parks, monuments, battlefields, and other historical sites. Excitingly, Sams would also have the means to make some pretty big money decisions related to the parks. Let’s check out some background on Sams, and this awesome increase in budget, below.

Currently, Sams serves on the Northwest Power and Conservation Council as a member. Oregon Gov. Kate Brown, a Democrat, appointed him to that position. The Council manages power generation and distribution in its region. It also oversees how natural resources are used. Interestingly, Brown also recommended Sams as a candidate for the Park Service back in December.

“Chuck is a consummate storyteller and has the skill set and passion to inspire the dedicated staff of the National Park Service to tell those stories, and to find new and innovative ways to make our parks accessible to all Americans, while conserving and preserving those lands,” Brown said in part in a statement. Brown described Sams as a “passionate student and teacher” of history and culture, and said she’s “witnessed firsthand” his “devotion and services” to the nation, state, and his Tribe.

Sams, who once served as the executive director of the Confederated Tribes of the Umatilla Indian Reservation, has also worked as an adjunct professor at both Whitman College and Georgetown University. Sams, a U.S. Navy veteran, also has a bachelor’s in Business Administration and a master’s in legal studies. He would bring more than two decades’ worth of experience in conservation to the role, should the Senate confirm him.

Now, into the money. Biden has requested an increase in funds for the National Park Service (NPS)—about 12%—that would fund the hiring of more park staff as well as climate-related research. That’s awesome in itself, but Sams would also lead budget decisions on maintenance for the parks. Also, it’ll be nice to have a permanent director in the role, as the Trump administration cycled through temporaries over the last years; there hasn’t been a permanent director of the Park Since since Jonathan Jarvis, who retired in 2017.

In a press release, Haaland praised the “diverse experience” Sams would bring to the NPS, describing him as an “incredible asset” in the ongoing mission to make parks accessible for all. “The outdoors are for everyone, and we have an obligation to protect them for generations to come,” she added.

“As a descendent of the original guardians of our lands, Sams brings a unique and powerful perspective that can help our national parks continue to evolve in the places and stories they preserve and share,” said National Parks Conservation Associated President and CEO Theresa Pierno in a press release. “With his commitment towards diverse partnerships and an eye towards inspiring the next generation of park leaders, we are confident that Sams will help ensure that everyone sees themselves reflected in these important places.”

You can check out a lovely video in which Sams speaks to the importance of conservation, leadership, and the relationship between people and the environment below.