Ivermectin is worth investigating, but the idea that it cures COVID-19 is pure horses**t 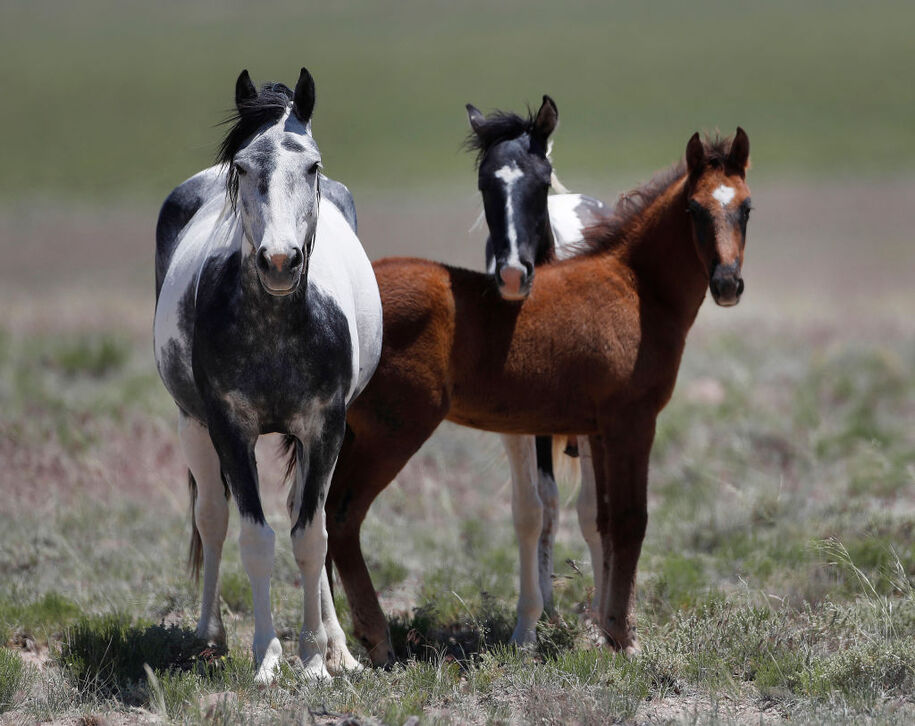 There are some stories that seem just too … outlandish. Even in an age where Republicans are waging war to lower the health of schoolchildren, a headline of “Horse deworming tablets dangerous for humans and not approved COVID-19 treatment” seems like it should be beyond the pale.

Unfortunately, it’s not. On Friday, the Mississippi Department of Health issued a an “official MS Health Alert” warning that “At least 70% of the recent calls [to poison control centers] have been related to ingestion of livestock or animal formulations of ivermectin purchased at livestock supply centers.” That includes at least one death. It’s enough that on Saturday, the FDA issued a rather extraordinary tweet.

Those looking to horse pills for treatment might want to note one very simple thing first: adult horses have weights ranging from around 900 to upwards of 2,000 pounds. So, at the very least, a standard dose for a horse is likely to be many times what the average person can stand. And since overdose from Ivermectin can cause seizures, coma, lasting neurologic damage, and death, most of those calling the Mississippi hotline should count themselves lucky they could operate a phone.

Don’t worry, there are plenty of people willing to peddle Ivermectin in human-sized doses. In fact, just Googling the drug will net a number of online peddlers offering to provide Ivermectin in express to your home “without a prescription.” And, should you happen to be afflicted with  intestinal strongyloidiasis or onchocerciasis (conditions caused by parasitic worms) … sure. Give it a try.

Here’s a fun fact about Ivermectin courtesy of the folks at Gavi. The anti-parasitic drug was developed from a chemical extracted in the 1970s from a bacterium discovered in the woods beside a Japanese golf course. No other source of the bacteria has ever been discovered. So horses everywhere should be grateful that at least one Japanese doctor spent some time in the rough.

Here’s another fun fact from the FDA.

FDA has not approved ivermectin for use in treating or preventing COVID-19 in humans. Ivermectin tablets are approved at very specific doses for some parasitic worms, and there are topical (on the skin) formulations for head lice and skin conditions like rosacea. Ivermectin is not an anti-viral (a drug for treating viruses).

There are reasons why ivermectin first popped into view months ago. The drug is being evaluated for a number of potential purposes, from treating malaria to roundworms. There have also been past indications that ivermectin and similar drugs may have some effect on viruses, though none of that has translated into approved treatments. With a number of ivermectin studies underway, the drug widely available, and those past claims about viruses, it seems almost inevitable that a non-peer-reviewed pre-print article would appear early in 2020 claiming that “ivermectin inhibits the replication of SARS-CoV-2 in vitro.”

This pre-print stated that ivermectin was highly effective at stopping the SARS-CoV-2 virus from replicating within samples of human cells in a laboratory culture. Multiple possible mechanisms behind this claim were proposed, but what was really happening wasn’t (and isn’t) understood. And there was a problem behind the ivermectin study, one that also afflicted similar claims about the Donald Trump favorite, hydroxychloroquine. As the NIH pointed out back in February:

“… pharmacokinetic and pharmacodynamic studies suggest that achieving the plasma concentrations necessary for the antiviral efficacy detected in vitro would require administration of doses up to 100-fold higher than those approved for use in humans.”

In other words: The dose in the in vitro studies is enormous. The horse pills sending Mississippians running to the poison center provide roughly 10x the level of ivermectin usually administered to humans in treating parasites. The level of the drug used to demonstrate its effect in cell cultures was 10x higher than the horse dose. Though ivermectin is considered well-tolerated at normal levels, treating someone with the levels of the drug seen in the lab studies would definitely stop the replication of virus … by killing the human.

Over the last year, there have been some studies that seemed to suggest positive results from administering non-lethal doses of ivermectin, such as this clinical trial using a small number of patients in Bangladesh that suggested taking ivermectin over a period of five days could decrease the amount of time between onset of symptoms to being clear of virus by three days. However, there have also been studies, like this larger study from Colombia, that found no significant improvement when using ivermectin. Both the pro and con results have been backed up by  a number of anecdotal reports.

Looking at over a year of studies, it seems clear that human-tolerable doses of ivermectin administered over several days may—may —help those with mild cases of COVID-19 clear the virus from their system and recover more quickly. What’s also obvious is that the online claims that people have been “cured” of COVID-19 by taking doses of the drug, or claims that it can save those with severe symptoms, are complete horseshit. And dangerous horseshit at that.

The same can be said about claims that it was ivermectin that lead to a decline in cases in India or other nations. This claim, pushed by a number of the least reputable right-wing rumor sites, isn’t just untrue, but helps to promote the problem that’s causing those poison line phones to ring in Mississippi.

There is enough genuine potential in ivermectin that the U.K. added it to the Principle trial back in June. It’s one of several drugs that have been found to have some potential in improving outcomes. Another is the inhaled steroid budesonide which, according to a study published in preprint last April, also cut recovery times for mild cases of COVID-19 by 3 days. Past work by the Principle trial has found that hydroxychloroquine, along with antibiotics azithromycin and doxycycline are ineffective.

Another very large trial of ivermectin has been underway since February. That international trial, being managed out of McMaster University in Canada, is looking at ivermectin along with two other drugs — diabetes treatment Metformin and anxiety medication fluvoxamine.  None of these drugs are miracle cures for COVID-19. However, one or all of them may be beneficial in helping patients recover more quickly. In the case of ivermectin, these two large scale trials should help determine what, if any, benefit it provides in the next few months.

On a personal note, I want to mention that nothing has filled my mailbox, DMs, and Kos mail more in the last three months than claims about ivermectin. Over and over, people have sent me links to individual claims and statements from doctors. And over and over again, people have come to the same conclusion — hydroxychloroquine may be fake, but ivermectin is the real deal.

Let me respond briefly — I wish.

It may be that ivermectin provides benefit against COVID-19. However, it is clearly not a cure, or even a reliable treatment that’s broadly applicable in saving those hospitalized against COVID-19. How do we know? Because people have been trying. In this country alone, there are millions of doctors, millions of health officials, and millions of academics who have been engaged in a desperate, energetic search for something that provides effective therapeutic treatment of symptomatic COVID-19. Monoclonal antibody treatments, like that from Regeneron, offer significant benefit in preventing patients with mild symptoms from progressing to more severe disease, but those treatments are not available in adequate quantities, remain costly, and are difficult to administer.

If there were a cheap and effective treatment for COVID-19 based on an existing FDA-approved drug, you would not have to learn about it in a Facebook group or from a guest on Tucker Carlson. Such a finding would be plastered across not just every news channel, but every web page of the NIH, FDA, and CDC. President Biden would need to drive his Corvette straight to the podium just so he could get the words out faster. Everyone wants this. Everyone. There is absolutely no conspiracy to keep such a treatment “hidden” because it’s somehow “not making anyone any money.” That kind of conspiratorial thinking paves the way to making really, really bad decisions.

It is important to note that, to-date, our analysis has identified:

These are the people who make the drug for use in humans. Please take their word for it.