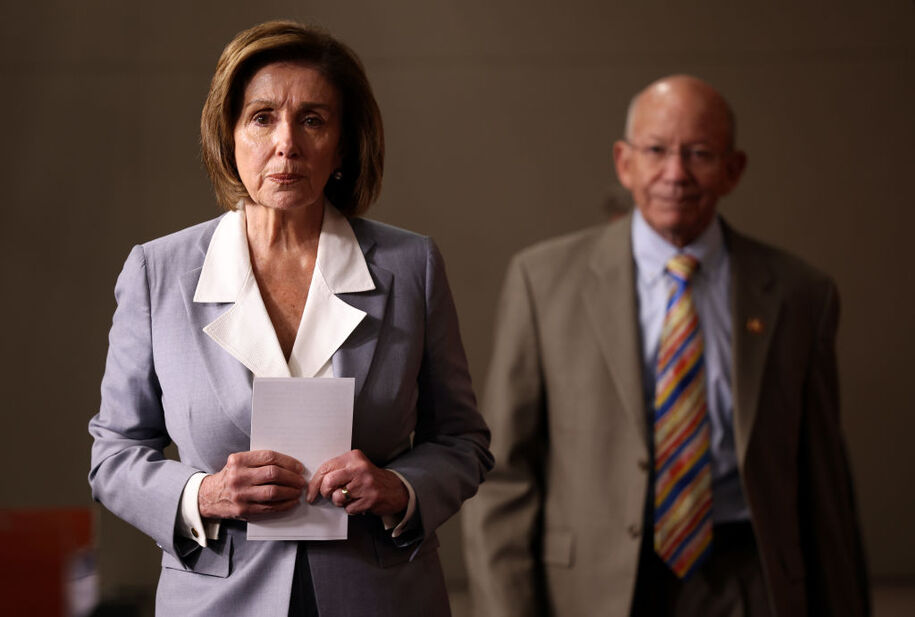 A handful of intransigent House Democrats further endangered President Joe Biden’s infrastructure agenda Monday by refusing to accept a procedural compromise that would have given everyone a win. They continue to do it based on a lie. Biden, Speaker Nancy Pelosi, and Senate Majority Leader Chuck Schumer had all decided to get a bipartisan hard infrastructure bill and a larger bill that would help people proceed together. The idea was to give all party factions the ability to gain, but the so-called moderates don’t want that. They are so hellbent on denying the progressive wing any advantage that they’re willing to tank the whole thing.

The lie they are using to justify their actions was seized upon by a new recruit to the bomb-thrower team late Monday, Florida Rep. Stephanie Murphy. She tweeted, “The Senate passed a popular, bipartisan infrastructure bill negotiated by the President. It’s now before the House, but being unnecessarily delayed. I’ll vote to start reconciliation, but only if we finish our work on infrastructure.” First of all, there is no delay. The highway funds in the bill wouldn’t even be available until October 1, anyway.

Second, this approach is essential because it is the only way to ensure that everyone involved gets a win. The Democrats’ answer to the Freedom Caucus—led by New Jersey Rep. Josh Gottheimer, quickly becoming the least-favorite among the rank-and-file Democrats—simply doesn’t want progressives to get a win.

1. A note on the conflict b/t House Democratic centrists and everyone else: You’ll notice that the centrists have almost no substantive demands re the reconciliation bill. Same is true of Manchin/Sinema. There isn’t anything they’re fighting for. This was predictable.

To give them something, Pelosi came up with a compromise that would spare them from having a specific vote on the big, $3.5 trillion budget resolution. She planned to pass a procedural vote, the rule, which would “deem” the budget resolution as having been adopted. She promised a vote before October 1 on the Senate bill. That wasn’t good enough for assholes; they continue to demand a vote on the Senate bill now.

They are attempting to gain all the leverage, which breaks absolutely everything. It goes from everybody wins with the two-track process that leadership had worked out to “mutually assured destruction,” as Majority Leader Steny Hoyer put it. All so the Gottheimer faction can score a win over the Squad and the progressives.

One Democratic member could even be heard just off mic called the group “fucking assholes.”

Meanwhile, the White House is reminding everyone of the process that’s been agreed to. NBC News asked White House spokesman Andrew Bates if Biden was calling for an immediate vote on the Senate bill. He said, absolutely, “No.” He added that Biden “has been clear that he wants both bills on his desk and that he looks forward to signing each. He supports Speaker Pelosi’s approach to the Rule because it provides for consideration of the Build Back Better agenda, the historic bipartisan infrastructure bill, and critical voting rights legislation.”

There are a couple of ways for Pelosi to break the impasse. One is to allow the final vote on the Senate bill but not send the bill to Biden until the larger budget reconciliation bill is done. That’s not a guarantee because there’s too much of a chance that there would be more than three Democrats who wouldn’t vote for it, now that they know they absolutely cannot trust the conservatives. That’s one thing this stunt has demonstrated.

Here’s what they’re endangering, all the while refraining from saying precisely what it is that they are opposed to having funded:

[I]t would create pre-kindergarten for 3 and 4 year olds; two years of free community college; extending tax breaks for children and some low-income workers; and establishing paid family and sick leave. For immigrant families, it would give legal status to millions of undocumented individuals.

The climate part of the plan puts the U.S. “on track to meet President Biden’s 80% electricity and 50% economy-wide carbon reductions,” leaders say, with new clean energy programs and tax incentive and grants; new polluters fees; coastal resiliency programs; investments in combatting drought and wildfire; and incentives for residential weatherization and green electrification. It’s a start. The climate initiatives continue “game-changing infrastructure projects and jobs programs” that were left out of the bipartisan bill, including a “historic level of investments” in green and sustainable public housing, housing affordability, and home construction; a Civilian Climate Corps modeled on the New Deal’s Civilian Conservation Corps; a “largest-ever” one-time investment in Native American infrastructure projects; and strengthening the supply chain.

In health care, it expands Medicare to include dental, vision, and hearing benefits. It includes American Rescue Plan expansion of the Affordable Care Act (ACA), and expands home- and community-based care services for seniors and disabled people. It would create a federal program to provide coverage for people in the Medicaid gap that states refusing Medicaid expansion under the ACA have created, and has some sort of prescription drug cost-saving mechanism, which is to be determined.

The House is going to come back early Tuesday afternoon to attempt to get this done. The new plan is this, from Rules Chair Jim McGovern: “We’re going to self-execute in this rule a resolution from my MA colleague Rep Katherine Clark. It’s a commitment to have President’s bipartisan infrastructure bill considered in House no later than 9/27.” TWhat does that mean? A procedural vote in which everyone promises each other they will pass the Senate bill by the established date, and pass the budget resolution—the good stuff—so the House can get on to the other big priority for this week: Passing H.R. 4, the John Lewis Voting Rights Advancement Act.