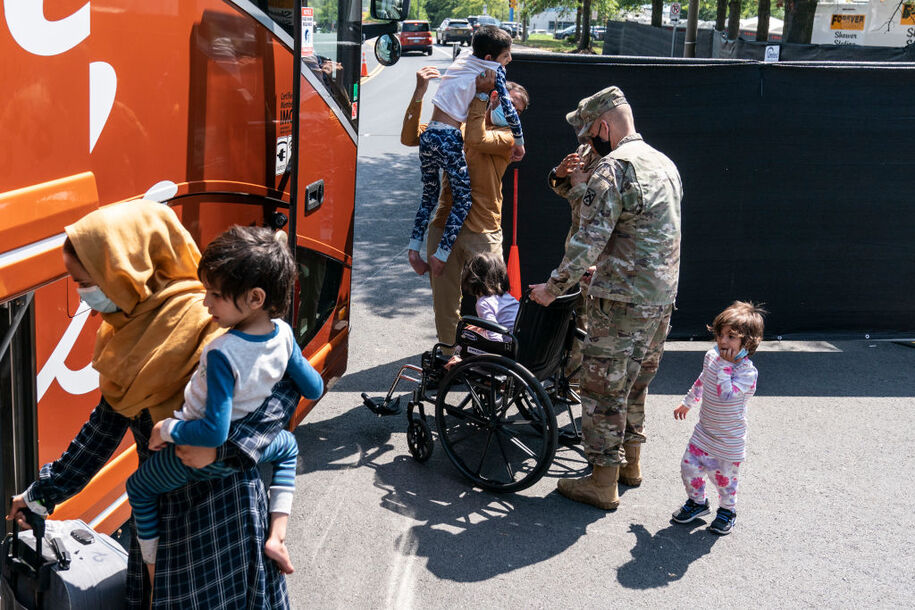 On Aug. 19, CNN’s Clarissa Ward reported that there had been a pause in U.S. military evacuation flights leaving Kabul. “Eight hours on the airfield and I haven’t seen a single U.S. plane take off,” said Ward. “How on Earth are you going to evacuate 50,000 people in the next two weeks? It just … it can’t happen.”

Five days later, President Joe Biden reported that 70,700 people had been evacuated with a U.S. plane leaving the tarmac every 45 minutes, allies coming into the airport at an even more rapid pace, and both charter and commercial planes drafted into the effort. NBC News reported that lines for planes were orderly, baggage was being searched, and kids were getting candy. Biden explained the process by which all Afghans coming to the U.S. would be processed, reiterated his plans to stick to the Aug. 31 deadline, and noted that contingency plans were in place should additional time be necessary to meet his promise of extracting every American and Afghan ally who wants to leave.

So, naturally enough, the most common description of this situation in the media is “chaos.”

On reading that two members of Congress made an unauthorized, unannounced visit to Afghanistan on Tuesday with the announced intention to “provide oversight on the executive branch,” the first assumption might be that Matt Gaetz and Marjorie Taylor Greene had decided to take their roadshow to Kabul, where the Taliban might provide an audience just their speed. But, as The Washington Post reports, the pair were actually Democratic Rep. Seth Moulton and Republican Rep. Peter Meijer. Both men swore the visit was not just a publicity stunt, and since both had previously served in the military, both well knew that … they were involved in a ludicrous and dangerous publicity stunt. The trip involved slipping into Kabul aboard a military aircraft without clearing the visit with anyone and getting back home in seats reserved for crew members. All so that Moulton and Meijer could conduct some “oversight” in a location that is currently the focus of half the world’s news cameras.

Both the White House and Pentagon were said to be “furious.” However, Fox News loved the stunt, if only because it gave them an extended opportunity to wonder what Biden might be covering up, talk about his “plunging” popularity, and use the word “chaos” in whole new ways.

Or, as a White House official told the Post, the trip was, “as moronic as it is selfish. They’re taking seats away from Americans and at-risk Afghans — while putting our diplomats and service members at greater risk — so they can have a moment in front of the cameras.” Moulton and Meijer have denied this, but they’ve yet to produce any hard-gained knowledge that made the trip worthwhile. In a joint statement, they pushed Biden to extend the deadline, saying that “it’s clear” everyone won’t be evacuated by Aug. 31—a statement that seems like a retread of Ward’s incorrect assumption.

According to White House figures, 82,300 people have been evacuated from Kabul since Aug. 14, when the Taliban entered the city. In total, 87,900 have been evacuated since July. Around 19,000 were evacuated on Tuesday alone. How many Americans remain in Afghanistan is not clear. On Aug. 18, President Biden estimated the number of Americans in Afghanistan sat between 10,000 and 15,000. How many remain is not known, but that number is likely to be small. On Wednesday morning, Fox News claimed to have spoken to an American woman in Kabul who had not left her home because she didn’t have “clear instructions” from the White House. This, according to Fox, makes Biden a liar. Have no doubt that no matter how many people are flown out, Fox will still be making these claims a month from now.