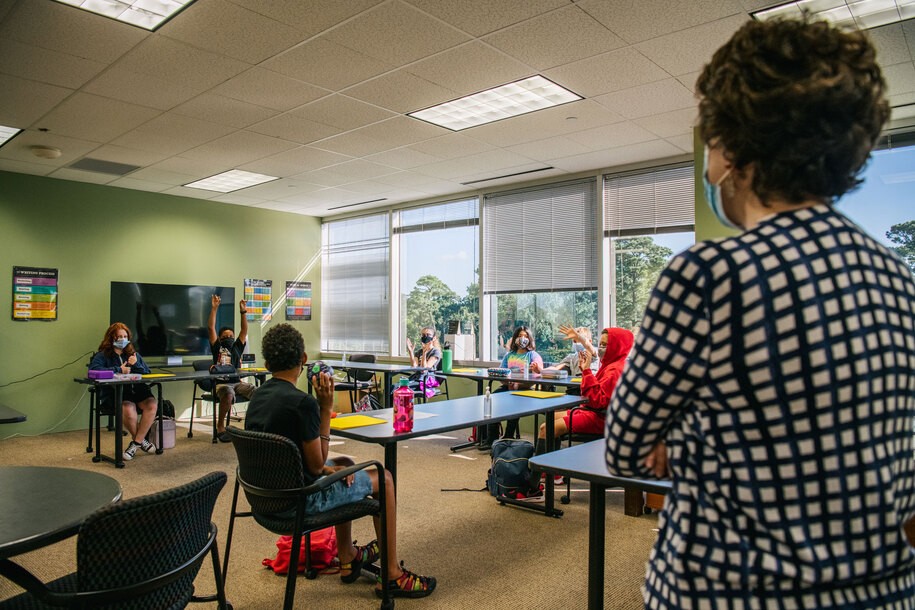 On Aug. 30, after two junior high school teachers passed away due to complications from COVID-19, Connally Independent School District (ISD) in Texas announced that its schools would be closing down for the rest of the week and through the Labor Day weekend. Connally ISD is based in McLennan County, and Texas is ruled by a Republican governor who is trying to make public health steps illegal.

Last week, Connally ISD Superintendent Wesley Holt wrote an email to parents and employees explaining that “As educators, it is our duty to keep our students safe and healthy. We feel instituting a mask mandate is a step towards doing this.” This decision is a very easy one from a humanitarian, intelligent, and educational perspective, but because it was made by a person working in the Lone Star State in 2021, Holt’s email will now likely be a part of twice-indicted fraudster and State Attorney General Ken Paxton’s potential lawsuit against the Connally ISD.

When 41-year-old sixth-grade social studies teacher Natalia Chansler passed away just days after testing positive for COVID-19 at the end of August, she became the second teacher at Connally Junior High in Elm Mott, Texas, to die within a week. On Aug. 24, 59-year-old David McCormick passed away after battling the virus for one week. McCormick had been on campus on the first day of school, Aug. 18, and Chansler had last been at school when she tested positive on Aug. 25. This led to a “drive-thru COVID testing session for CISD staff, students and community members conducted this morning [which] yielded a 26% positivity rate” on Aug. 30.

The entire district closed down to deal with the losses, test even more people, and also deep clean the facilities. CNN reports that during the closure counselors were provided to students who had lost teachers to COVID-19, and Superintendent Wesley Holt explained in his email that the testing gave the district a better understanding of the health landscape they are dealing with. “Nearly 600 people participated in the two-day event with an overall positivity rate of 16.3%. Many of those identified as positive for the virus were asymptomatic,” he reported.

At the same time Connally ISD Superintendent Holt was telling his community that the schools would be requiring that staff and students wear masks on campus, Texas Attorney General Paxton was posting this threat on Facebook:

In light of our coming legal action, three school districts smartly rescinded their mask-mandates: Trenton, Calvert, and Los Fresnos ISDs. In doing so, they’ll save taxpayer dollars in futile litigation expenses AND come into compliance with state law. MANY more ISDs are still breaking the law. Lawsuits are coming against them THIS WEEK. Rescind now or see you in court!

A reminder: Ken Paxton logged “more than 22,000 staff hours” on Texas taxpayers’ dime working on ‘voter fraud’ cases just last year. Paxton is easily one of the most wasteful attorney generals in the country as his office seems to specifically chase ghosts and sue children.

CNN reports that McLennan County has 37,492 confirmed COVID-19 cases, with 572 deaths—four of which happened on Sunday alone. The infection rate in the approximately 250,000-person county is above 15%. Waco and McLennan County’s official COVID-19 health page reports that the total death count to date is 578. According to the health officials on the ground, they have had 181 new cases, with 202 hospitalized patients,and 39 patients on ventilators.

If anything can be called a silver lining in all of this, it’s that the seriousness of getting vaccinated has been impressed on those closely touched by these tragic loses. Natalia Chansler’s sister, Annice, told CNN that some of her family had been on the fence about getting vaccinated. “They’ve made that move and I’m so proud of them for doing that. I hate that it took Natalia’s passing for them to understand how important it is, but I’m just glad they’ve done it.”

Mike Pence didn’t stand up to Trump, he tried ‘over and over’ to find a way to reverse the election