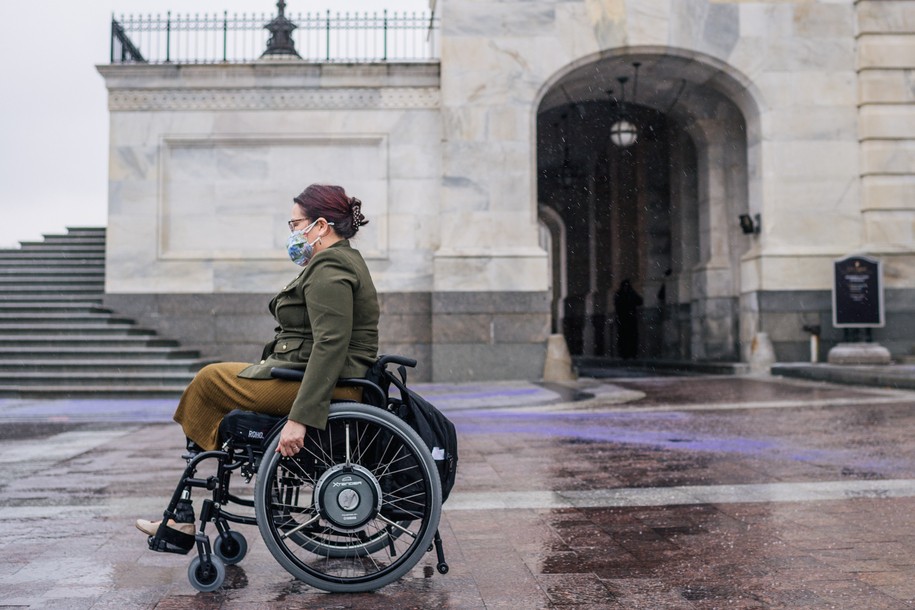 There are only three things that can be considered policy ideas for the Grand Old Party of racist misogynists these days: 1) people who can reproduce shouldn’t have control over reproductive rights, 2) everybody should have guns—except people of color, and 3) no taxes for the wealthiest among us.

One of the more immediate problems facing conservatives in our country is that most people like the idea of taxing the rich to pay for all the infrastructure the rich are using for pennies on their millions of dollars.

On Sunday, Fox News published a story by Dom Calicchio titled “Democrat Tammy Duckworth slammed for getting tax break on her Illinois home.” Is Fox News talking about taxing the rich? No, just attacking a veteran. In the third paragraph, the Calicchio article remembers to mention that “the 53-year-old U.S. senator pays zero in property taxes because she has a disability rating of 70% or higher, as determined by the U.S. Department of Veterans Affairs.” That’s right. On top of that, it isn’t until 12 paragraphs down that he mentions Duckworth doesn’t take an available veterans tax break on her considerably more expensive home in Virginia. Weird. It’s almost like she isn’t actually even taking advantage of tax breaks the way disgraced former president Donald Trump did, and he “knows more about taxes than anybody.”

The article jumped off a Chicago Sun-Times article that explained how the ”biggest tax breaks go to homeowners 65 and older and disabled veterans.” The article is an equal amount of hot garbage, but the headline of that article doesn’t mention Duckworth and the article doesn’t exactly “slam” Sen. Duckworth since there really isn’t anything to “slam” about a veteran who lost both legs when the helicopter she was piloting was shot down in Iraq in 2004, getting a total of “$4,637 from the homeowner exemption that nearly every homeowner receives and $37,842 under a tax break Illinois legislators passed in 2015 for veterans who have been certified by the U.S. Department of Veterans Affairs as being at least 70% disabled.”

A reminder: Sen. Duckworth could make a lot more money by taking the tax break on her larger, more expensive Virginia home. She paid over $16,000 in taxes this year on that property. Instead, she used the benefit on her “three-bedroom, 1,600-square-foot home, which Cook County Assessor Fritz Kaegi values at $252,250,” for which the tax exemption is a little over $6,000. No need to think about the fact that the 25 richest Americans paid out about 3.4% in taxes while their wealth grew about “$401 billion between 2014 and 2018.”

The Chicago Sun-Times article seems to be trying to push for a tax on the rich—adding an income ceiling to exemptions—while only going after veterans. Surprisingly*, Illinois’ richest man, Ken Griffin—CEO of Citadel hedge fund—isn’t brought up at all. It was only about 12 moons ago that the Republican mega-donor spent almost $50 million of his own dollars fighting a ballot proposal that would have shifted the state’s flat-rate income tax to a graduated one. Obviously, the richest guy in the state, estimated to be worth $15 billion, would then be subject to the highest tax rate.

Sen. Duckworth was asked about property tax exemptions in response to the Sun article and gave this succinct response: “I’m surprised that someone would question veterans who have been wounded in service to their nation in a combat zone accessing benefits.”

Well, the rich have been given all the money and our economy still mostly stinks for most Americans. So, for the millionth time in the last four decades, Reaganomics (or “trickledown” economics) has been proven wrong. Again. Conservatives would like Americans to worry about the national debt for the first time since they said it was a myth and passed their unpopular tax giveaways to the rich. Most Americans would be fine with making billionaires pay their fair share, seeing that they have enough money to measure their little rockets in space.