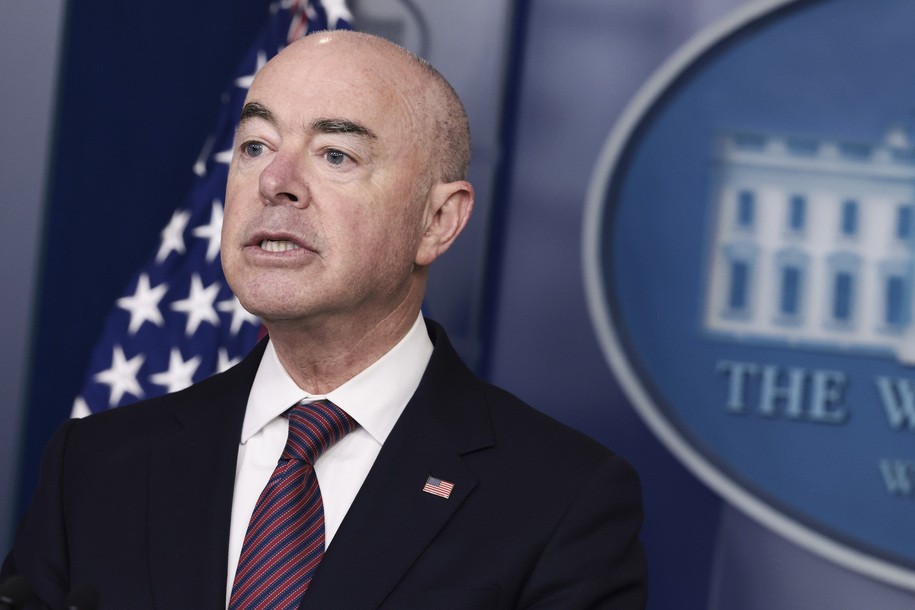 The Biden administration announced on Tuesday that it’s ending mass raids of workplaces by Immigration and Customs Enforcement (ICE), a practice that has disproportionately punished undocumented workers while leaving many abusive employers relatively unscathed. Department of Homeland Security (DHS) Secretary Alejandro Mayorkas in the memo also instructs the development of policy protecting from deportation immigrants “who are witnesses to, or victims of, abusive and exploitative labor practices.”

“We welcome today’s long-overdue announcement,” Immigrant Justice Project senior supervising attorney Meredith Stewart said in a statement received by Daily Kos. “Worksite raids only serve to terrorize immigrant communities and workers, making them more susceptible to being exploited by employers. Trump-era worksite raids in the deep South targeted meatpacking workers who were victims of wage theft and sexual harassment, lowering standards for all workers in the region.”

In the example referenced by Stewart, nearly 700 workers were swept up when ICE raided seven Mississippi meatpacking plants in 2019. They were the largest workplace raids in a decade. Before that, 2008’s Postville raid swept up almost 400 workers, decimating the tiny Iowa town. But a report released on the two-year anniversary of the Mississippi raids revealed that while an estimated 230 workers were deported in the aftermath of the sweeps, no high-level poultry corporation executive ever faced charges.

In fact, as Daily Kos’ Joan McCarter noted at the timer, “feds had probable cause to arrest plant management in Mississippi immigration raids, but didn’t.” This has been the norm, BuzzFeed News notes.

“Since criminal penalties for employers were first enacted by Congress in 1986, few employers have ever been prosecuted, according to the TRAC analysis,” the report said. “Fewer than 20 prosecutions have taken place against employers in a single year, except for brief periods under then-president George W. Bush and in the first year of the Obama administration, the data show.” The report said that from April 2018 and March 2019, just 11 employers were prosecuted.

In a statement received by Daily Kos, Mijente Director Marisa Franco said the Biden administration’s enforcement policy shift was in the right direction. “For too long, employers have exploited undocumented immigrants and guest workers to violate labor laws, skirt the minimum wage, and maximize their own profits,” Franco said. “Large corporations target vulnerable communities as a source of labor and use their immigration status to retaliate when workers stand up for their rights.”

Deportation threats by abusive employers against undocumented workers surged in the first year of the previous administration, Daily Kos’ Laura Clawson noted in 2018. In fact, undocumented workers employed at the previous president’s businesses said management commonly used their immigration status against them. Former housekeeper Victorina Morales in 2019 described being verbally and physically abused by management for the way she loaded a washing machine. Another former housekeeper, Sandra Diaz, said she and others were repeatedly threatened with deportation if they complained.

“All workers—regardless of their immigration status—should be protected while they’re on the job,” Franco continued. “Raids are cruel and unconstitutional,” Stewart said, “and do not address any real problems associated with the nation’s immigration system.”

Punishing unscrupulous employers who exploit immigrant labor–instead of penalizing immigrants who are on the frontlines of holding up our economy–is the right strategy for @SecMayorkas to take. Now we need to deliver on a roadmap to citizenship. https://t.co/IAVnSFLiag

The report released on the two-year mark of the Mississippi raids further revealed that many families were struggling with housing and food insecurity as their future status here remained unknown. “The nearly 700 people who were arrested were, in many cases, the only economic support for their families,” Mississippi Center for Justice said. “Of the people who have been released, most have ankle bracelets and cannot leave to work.” While many workers have U.S. citizen children who are eligible for help, they have not applied, “afraid that doing so will worsen their chances for an immigration status in the future.”

Raids also have deadly results: Advocates revealed at the time of the two-year anniversary that Edgar Lopez, one of the immigrant workers targeted and deported following the raids, was kidnapped and killed attempting to return back to his family in the U.S. “Two years later, the pain is ongoing, and the threat of deportation is constant,” an Immigrant Alliance for Justice and Equity spokesperson said in a statement received by Daily Kos.