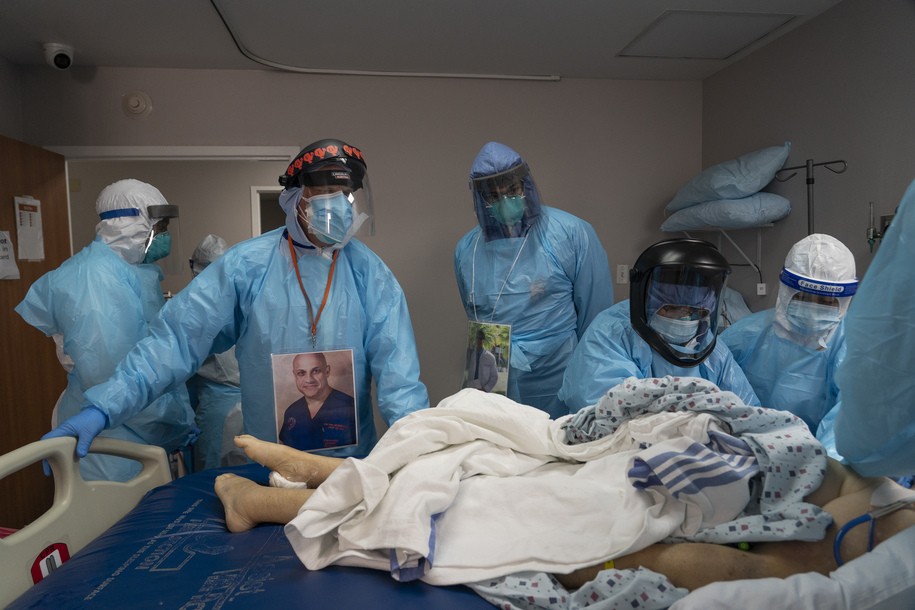 Red followed Tex Gov. Greg Abbott. Whatever happens from here on out, it’s on him.

Science adapts to new information and data. Only fools deal in absolutes.

So yes, at the start of the pandemic the word was don’t use face masks, in large part to protect the needed supply for health care workers. It was a deadly decision that likely cost tens of thousands their lives. But new information came out, and we adapted. Rates went down.

Then science offered up vaccines. Even better! Early data was good. Then billions of people took it, and the data was still good! Better than anyone dreamed of, actually.

Science is wonderful, in part, because it’s always being tested, refined, and perfected.

When did In-N-Out get dragged into the culture wars? But regardless, you know what? California managed the pandemic responsibly, shutting down when it needed to be shut down. And the result?

Another way to look at it: Texas has 29 million people. California has 40 million. Yet as of right now, 70,799 Californians died of COVID-19, while 69,814 have died in Texas. Given current death rates (with lots more Texans dying because of Abbott’s stupidity), Texas will soon overtake much-larger California in absolute deaths.

So yeah, be glad that In-N-Out and everything else was aggressively shut down.

Pfizer got full FDA approval for its vaccine a week later. So did that change Red’s bullshit about the “experimental shot”? Of course not. It was never about experimental status. If they suddenly got cancer, not a single anti-vaxxer would ask “does that drug have full FDA approval? And also, I need to know ‘what’s in it.’”

The entire medical establishment can’t be trusted. But this ONE Ph.D. who validates my belief structure is totally credible. Because she has a Ph.D. If you want an exhaustive fact check of Lindsay’s claims, check this out. Suffice to say, she’s a crank.

Oh shit, never slap fate in the face like this!

Odds are good that COVID-19 didn’t care that Red had “a bite.”

Red blessed Texas because Abbott outlawed mask mandates. She was happy to “go about her business” because she wasn’t “concerned or scared.” She was too selfish to consider what might happen if she got sick, given she has children at home. Now, she’s lonely, cold, and struggling to breathe. It’s one of the worst experiences of her life. Was all of that worth refusing the vaccine and masks? Even if she were to survive at this point, was it all still worth it?

Also, who’s the sick fuck that reacted with the laughing emoji?

I keep saying it, but I never knew just how horrid it was until I started reading these stories. I don’t know what I would’ve done had I known this pre-vaccine. I would’ve never left the house!

“Both of my daughters are a mess.” What?

She listened to Abbott and Tucker Carlson, and now there’s one less Republican voter for next year’s elections. Chances are excellent it’ll be a real close one. They are literally killing their own supporters for 2024 presidential primary advantage. It’s beyond sick and twisted. It should be criminal.

But whatever. Republicans have been doing a good job of making themselves demographically extinct for a while. The new census showed the number of white-only Americans dropped by about 1% every year. Entire rural regions are hollowing out. Their smart youth have moved to the cities. Those left behind are dying of opiates and old age. Why not add yet another way to thin themselves out from utter misery?

But the three kids she left behind … that’s the part that gets me. Yet another set of kids growing up without at least one of their parents. Another family that’s going to face devastating medical expenses and reduced family income.

Red didn’t want to “water herself down” to be more digestible to others. She’d rather everyone else “choke.”

As a result, she destroyed her family.