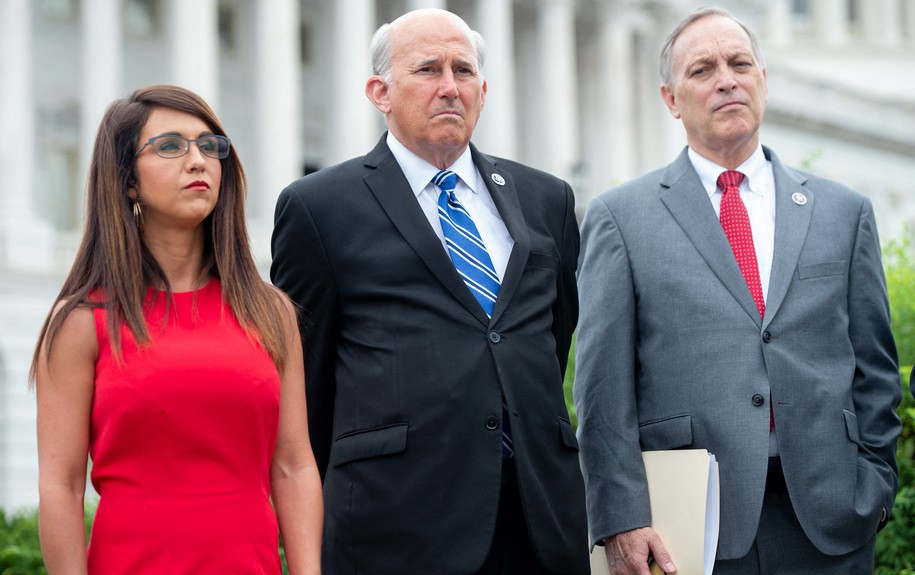 Several House Republicans—exactly the ones you would guess—were involved in planning meetings for protests on Jan. 6 as Trump supporters tried to block the certification of the 2020 election and with it, Donald Trump’s loss, two sources have detailed to Rolling Stone. Both sources are in contact with the House select committee investigating the attack on the U.S. Capitol, and both, let’s be clear, are motivated to paint their own involvement in the most innocent and patriotic light possible. But they can still have valuable testimony, whatever the motivations.

The sources, identified as an organizer and a planner, say they participated in “dozens” of planning meetings, including some with the personal participation of or top staffers from the offices of Reps. Paul Gosar, Marjorie Taylor Greene, Andy Biggs, Lauren Boebert, Madison Cawthorn, Mo Brooks, and Louie Gohmert. (See, I told you you could guess.) “We would talk to Boebert’s team, Cawthorn’s team, Gosar’s team like back to back to back to back,” the organizer told Rolling Stone. Both were in contact with Boebert and Gosar on Jan. 6 itself.

The meetings weren’t purely informational: At least one member of Congress was urging them to put on a protest. The two sources are subjects of an unrelated investigation that Gosar used as incentive to get them to plan the Ellipse protest, telling them that Trump would give them “blanket pardons.”

“Our impression was that it was a done deal,” the organizer said, “that he’d spoken to the president about it in the Oval … in a meeting about pardons and that our names came up. They were working on submitting the paperwork and getting members of the House Freedom Caucus to sign on as a show of support.”

”The breaking point for me [on Jan. 6 was when] Trump starts talking about walking to the Capitol,” said the organizer. “I was like, ‘Let’s get the fuck out of here.’”

The planner, too, pointed a finger at Trump, saying, “I do kind of feel abandoned by Trump.”

And both pointed to the role of Stop the Steal organizer Ali Alexander, who previously bragged about planning Jan. 6 events with the help of Biggs, Brooks, and Gosar. Alexander, the sources told Rolling Stone, had agreed to not hold his “Wild Protest” at the Capitol, leaving the Ellipse event as the major draw of the day. But then he went ahead with it anyway. “We ended up escalating that to everybody we could, including [then White House chief of staff Mark] Meadows,” the organizer said. But Meadows—who they say was more broadly involved in planning Jan. 6 events—apparently didn’t intervene to stop Alexander’s event.

A spokesman for Greene said her involvement was only in planning to object to the electoral certification in Congress, despite the fact that she was billed as a speaker at Alexander’s Wild Protest, as were Gosar and Boebert. Presumably all of the congressional Republicans will claim that they were only expecting a peaceful if spirited protest while they tried to overturn the results of a presidential election based entirely on conspiracy theories and sore loserdom. But despite the refusal of some on Team Trump, like Steve Bannon, to respond to the House select committee’s subpoenas, it sounds like the committee will be getting some valuable information about the planning process and the involvement of key Republicans.