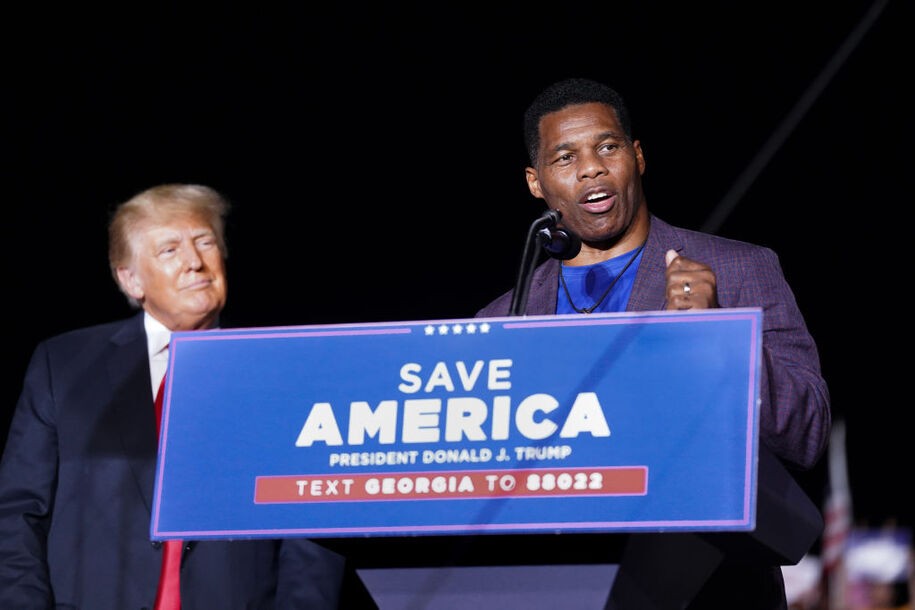 Virginia GOP Governor-elect Glenn Youngkin cracked the code. The consensus of multiple election analysis pieces is that Youngkin entertained the fringe views of Trump voters just enough while also managing to stay palatable to more mainstream voters in the suburbs. He did this in large part by barring Trump from the Commonwealth and assiduously avoiding most overt connections between himself and the wildly unpopular two-time popular vote loser.

Now, the thinking goes, all Republicans have to do next year is recreate Youngkin’s playbook.

In fact, House Minority Leader Kevin McCarthy—among the GOP’s biggest Trump bootlickers—was crowing Wednesday morning about House Republicans potentially netting more seats next year than they did in 2010 when they lost 63 seats in a red wave.

But replicating Youngkin’s playbook requires three fundamental elements to remain constant in 2022, which will be a nearly impossible task for congressional Republicans in the House and particularly the Senate.

The first requirement is the notion that none of the politics will change between now and next year. It’s a ridiculous proposition. If the only factor that matters in a midterm is which party controls the White House—then yeah, that’s not changing.

But other factors surely will have changed by next year. One very clear shift is the fact that Democrats will have likely passed two very important, even historic, bills by next November. So instead of heading into an election weighed down by the baggage of months of inaction in Washington accompanied by a gusher of negative political coverage, Democratic candidates will have something to run on. That will play a critical role in turning out the base and will also probably boost Biden’s approvals to some extent.

Second, a Supreme Court with a distinctly fringe lean will have heard and ruled on a Mississippi abortion ban that could upend abortion rights across the country. It’s a visceral issue and a potentially historic setback that could very well ignite a cross-section of liberals and feminists nationwide.

Outside of a change in political environment is the fact that congressional Republicans have spinelessly and repeatedly bowed to Trump, even after voters booted him from office. That causes two fundamental problems for them. First, they will never have the strength to entirely keep Trump under wraps nationally the way Youngkin did locally in Virginia. Trump will be campaigning and holding rallies, and everything that so many voters hate about him will be on full display.

Second, Trump is currently in the process of handpicking a GOP field made in his likeness that has zero chance of projecting the mostly bland, unassuming, fleece- and khaki-wearing persona that Youngkin did.

Just imagine former football star and Georgia GOP Senate candidate Herschel Walker, who owes his entire candidacy to Trump, keeping Trump at arm’s length. Or how about Trump’s pick for Pennsylvania’s open Senate seat, Sean Parnell, pulling off Youngkin’s mostly anodyne business persona as he faces the threat of losing custody of his three children amid a bitter divorce and abuse allegations?

Democrats are undoubtedly facing the headwinds of history next year based on the mere fact that Joe Biden is sitting in the Oval Office.

But the notion that Republicans will be able replicate the campaign Youngkin ran, even as Trump radicalizes the GOP congressional field, is laughable.

No one can say exactly what the pivotal issues will be by November 2022, but one thing is certain: Next year’s midterms will be a different election altogether.