What will it take to get lawmakers to listen and act when it comes to climate change? 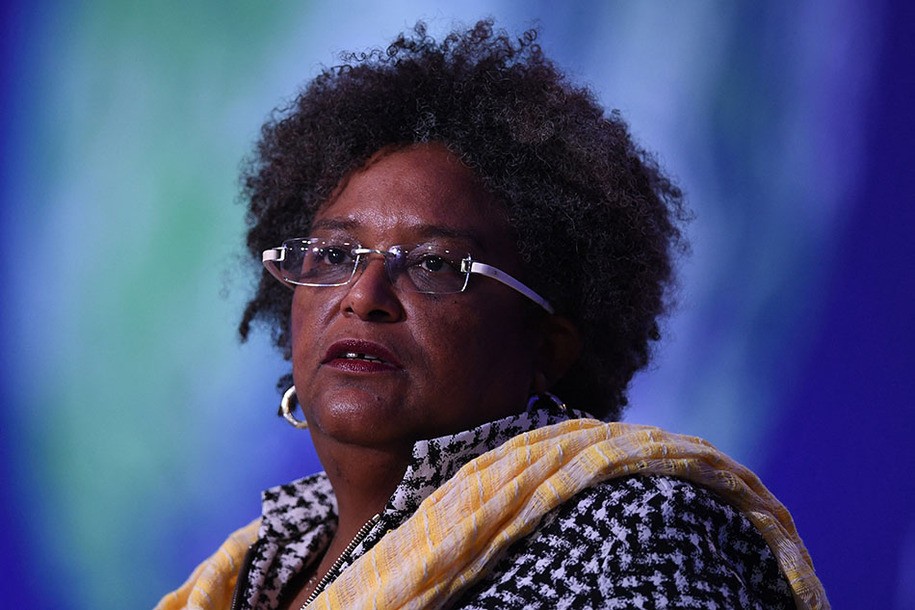 Earlier this week, Barbados Prime Minister Mia Mottley closed her speech at the annual climate summit COP26—the 26th “conference of the parties” to the U.N.’s climate body—with some harsh words for the world leaders in attendance: “Try harder.” Mottley called out the pipe-dream promises of countries investing in technology that has yet to be developed and got to the heart of the issue for countries like Barbados and many smaller nations on the front lines of the climate crisis.

“On adaptation, adaptation finance remains only at 25%; not the 50-50 split that was promised, nor needed, given the warming that is already taking place on this Earth. Climate finance to frontline small island developing states declined by 25% in 2019,” Mottley said. “Failure to provide the critical finance and that of loss and damage is measured in my friends, in lives and livelihoods in our communities. This is immoral and it is unjust.”

Meaningfully fighting climate change means investing significantly in ways to slow the overall warming of the planet. It’s something known the world over. And people are frankly tired of seeing those in power do everything but make the necessary investment for our future. It’s what prompted activists with the Sunrise Movement to hound Senator Joe Manchin early Thursday morning as he made his way from his houseboat to his Maserati.

Caribbean Matters offers a wealth of information on Mottley and zeroes in on the prime minister quoting the Eddy Grant classic “Living on the Frontline” during her speech. Mottley’s timing couldn’t be better, as Grant is in the middle of a legal battle against Donald Trump, who used “Electric Avenue” in a 2020 campaign video. The prime minister is at once savvy and inspiring so it’s no surprise that folks are still discussing her standout speech from Monday. It’s also worth noting she’s one of few women of color speaking truth to power at COP26.

Nearly every world leader at #COP26 is male. The #patriarchy seems abstract until you realise that the future or humanity rests this week almost exclusively in the hands of men. @gailbradbrook #ClimateEmergency pic.twitter.com/bBRQSPvPtu

Sunrise Movement demonstrators lacked the same panache as Mottley, but their actions nonetheless highlight the collective frustration many the world over are feeling over climate change inaction. It’s hard to sit back and hope for the best as the months drag on and lawmakers refuse to prioritize the one planet we’ve got. I’d argue that going after just Joe Manchin isn’t enough, though.

Climate change is here and it’s coming for your food, your water, your shelter—all the things humans need to survive. The U.S. is the largest carbon polluter in history, and we should treat our fight against climate change as a global one. Mottley said it best at the beginning of her speech: “The pandemic has taught us that national solutions to global problems do not work.”

We cannot fault one lawmaker for the collective failure of the people representing us. That’s why it’s more important than ever to voice your support for the Build Back Better Act and urge those in Congress to do the right thing: Pass this necessary legislation and continue the fight against climate change.