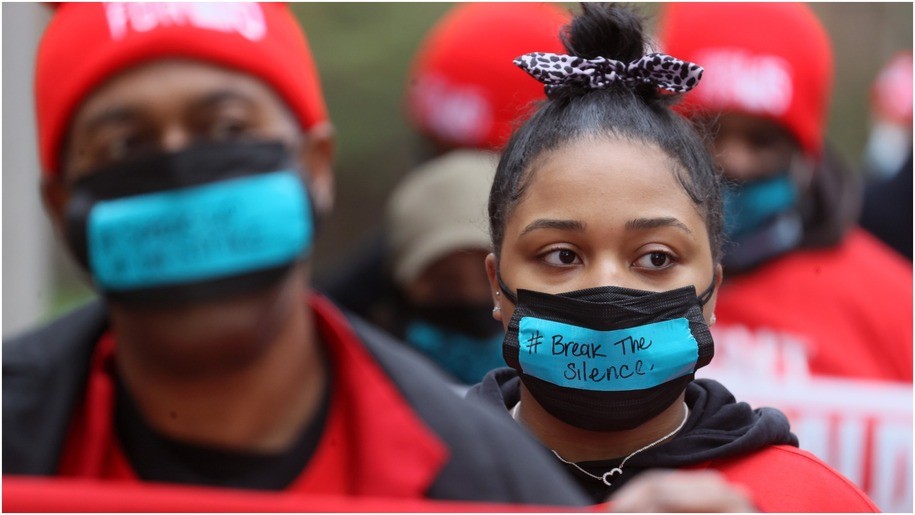 A former McDonald’s employee has filed a federal complaint alleging she was fired for reporting a racist comment another worker said to her, according to Business Insider. Shanece Tailo filed the complaint with the Equal Employment Opportunity Commission after a human resources dispute in January ended in her termination.

Tailo, a nurse, was also working as a floor manager at a McDonald’s in Florida when she drove through another location’s drive-thru, placed an order, and asked an employee for extra sauce. Tailo said in the complaint obtained by Business Insider that the employee tried to charge her for the extra sauce, which she knew to be a violation of company policy. Tailo said she explained as much to the unnamed employee, who responded with: “You people want everything for free.”

McDonald’s USA said in a statement: “McDonald’s unequivocally stands behind the need for equality and fairness on both sides of the counter in our restaurants, and we do not tolerate discrimination or retaliation of any kind by anyone. We take these claims seriously and will review the allegations and take action accordingly.”

Tailo said she doesn’t think the other employee, who she knew, recognized her because she was wearing a nurse uniform and mask at the time and when she pulled down her mask, the employee apologized and offered her the sauce for free. Tailo reported a complaint through McDonald’s customer service line and she sent a text message to the store’s regional manager, Business Insider reported. She said the regional manager acknowledged that the company does not charge for extra sauce and weeks later she was asked to attend a meeting with the manager and a human resources worker.

Tailo said in her complaint that she was asked to say in a statement that the worker was not racist with her and when she refused, she was shown a statement created for her. “I started to edit it, because it was not accurate,” Tailo said in her complaint. She added that the human resources worker didn’t allow her to complete the edit, taking the paper from her, and Tailo was later fired.

McDonald’s has already proved to be no friend to its workers, having refused paid sick leave to some 500,000 employees amid the coronavirus pandemic, ignored calls from employees for a $15-minimum wage for years, and allegedly mishandled sexual harassment complaints, leading to a one-day strike nationwide. Most recently, McDonald’s CEO Chris Kempczinski has been the subject of protests in Chicago after he told Mayor Lori Lightfoot in recently-revealed text messages that parents of children shot and killed earlier this year “failed those kids,” the Chicago Tribune reported. In one of the shootings, 13-year-old Adam Toledo was killed by a Chicago police officer after footage police released showed Adam running from officers, dropping a gun he was holding, and being shot anyway.

In the other incident, 7-year-old Jaslyn Adams was killed in a gang-related shooting while in a McDonald’s drive-thru on the city’s West Side. Her father is believed to be in a gang, Chicago police told the Chicago Sun-Times. The child’s mother, Lanesha Walker, told the newspaper Kempczinski’s words about her daughter’s death cut. “I am a grieving parent. I’ve been grieving for the longest, and from your place of power, you insult me,” she said. “How dare you judge me! How dare you say I failed my child! I wasn’t there when my child was killed. I didn’t know she was at your McDonald’s with her father at that moment in time. You owe me an apology.”

Kempczinski had texted the mayor the disparaging remarks on April 19 after Lightfoot visited his headquarters. The CEO said in texts WBEZ Chicago obtained: “p.s. tragic shootings in last week, both at our restaurant yesterday and with Adam Toldeo [sic]. With both, the parents failed those kids which I know is something you can’t say. Even harder to fix.”

He later apologized. “Those comments were wrong and I’m sorry,” Kempczinski said in six-minute video Restaurant Business Magazine obtained last week. “I’m sorry I let you down. And I let myself down.” He said in a note to corporate McDonald’s workers in the United States: “When I wrote this, I was thinking through my lens as a parent and reacted viscerally. But I have not walked in the shoes of Adam’s or Jaslyn’s family and so many others who are facing a very different reality. Not taking the time to think about this from their viewpoint was wrong, and lacked the empathy and compassion I feel for these families. This is a lesson that I will carry with me.”

Talk to me when that lesson equates to an actual change in action benefitting Black and brown people, especially those who work for Kempczinski’s thriving business.

“McDonald’s has made a lot of big statements about standing with Black people, but it’s clear the company only thinks of us as ‘you people,’” Tailo told Insider. “McDonald’s can’t just say ‘Black Lives Matter’ — it needs to prove it by once and for all addressing racism that plagues its system from top to bottom.” Tailo has retained attorney Amanda Lynch, of the firm Altshuler Berzon, to represent her, with her complaint serving as an initial step to a potential lawsuit, Insider reported. “What Ms. Tailo is asking for here is to have McDonalds listen to its workers,” Lynch told Insider. “She cares about making sure this doesn’t happen to other workers.”