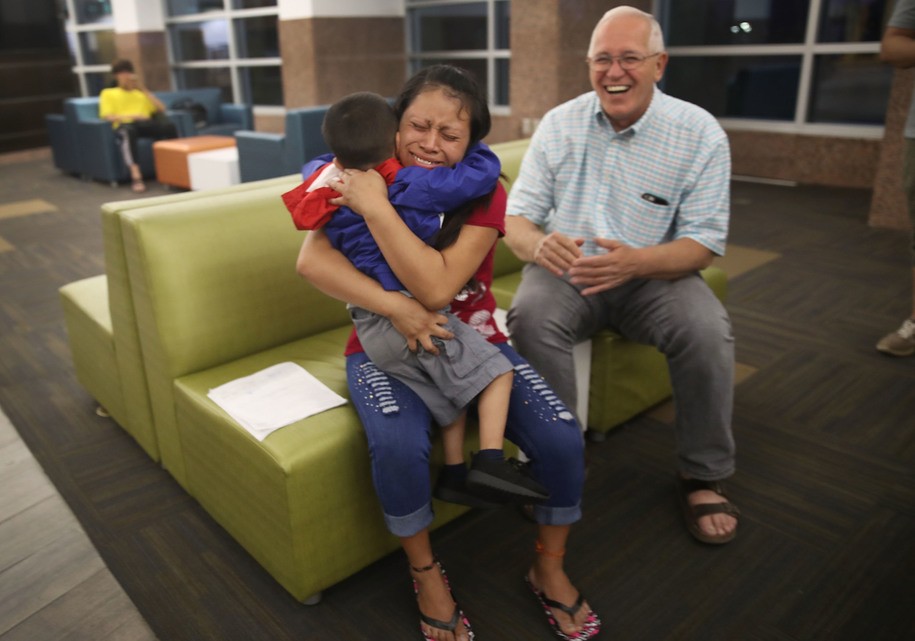 President Joe Biden this past weekend said he supported financial settlements for asylum-seeking parents and children who were forcibly separated at the southern border by the previous administration and subsequently filed legal action against the federal government, CNN reports. The president in his remarks Saturday, said families “deserve” compensation.

“If in fact, because of the outrageous behavior of the last administration, you coming across the border, whether it was legal or illegal, and you lost your child, you lost your child, is gone, you deserve some kind of compensation no matter what the circumstance,” he said. To be clear, asylum is legal immigration. Families were following the law by asking for relief at the border. But as to what the settlement amounts will be, “I have no idea,” Biden continued. “I have no idea.”

The remarks come just days after the president shot down reports that his administration has been in talks for possible settlements of up to $450,000 for victims of the family separation policy. That number had been initially reported by The Wall Street Journal. “’ $450,000 per person? Is that what you’re saying?’ Mr. Biden said when asked by Fox News reporter Peter Doocy about the payments The New York Times reported last week. “That’s not going to happen.”

Following a swift rebuke from the American Civil Liberties Union (ACLU), the White House then clarified the president’s remarks. The civil rights organization filed a class-action lawsuit in 2019 on behalf of separated families and has been in negotiations with the Justice Department. In her remarks Thursday, White House Deputy Press Secretary Karine Jean-Pierre said Biden was “perfectly comfortable” with settlements, but didn’t specify an amount.

Wow. I missed this Saturday — a must-watch forceful defense by POTUS of a potential financial settlement to compensate families deliberately separated by Trump. Reminds me of when he called separations “criminal” in the presidential debate. pic.twitter.com/JEn3LQIBxq

“If it saves taxpayer dollars and puts the disastrous history of the previous administration’s use of zero tolerance and family separation behind us, the president is perfectly comfortable with the Department of Justice settling with the individuals and families who are currently in litigation with the U.S. government,” she said. But ACLU Executive Director Anthony D. Romero said the president’s initial remarks (as well as predictable outrage from Republicans) may have hurt settlement talks.

“Shortly after Biden’s comments, lawyers from the Justice Department reached out to lawyers representing the families, including those from the American Civil Liberties Union,” NBC News reported. Romero said in the report that Justice Department officials “communicated on Wednesday evening that the settlement numbers for separated families were higher than where the settlement could land.” The Wall Street Journal said negotiations have continued.

“The president’s comments and congressional pushback certainly appear to have affected negotiations,” Romero said in that report. “It’s not hard to put two and two together.”

Media Matters said Fox News has been aggressively pushing against settlements, including hosting Stephen Miller, the white supremacist aide who helped implement this very policy in the first place. House Republicans have also introduced legislation seeking to block settlements. Party of family values, or something. As noted before, if Republicans wanted to avoid costly settlements, they should have supported asylum law and demanded the previous president stop his cruelty. But that would have required standing up to him, wouldn’t it?

Like also previously noted, Physicians for Human Rights said in a 2020 report noted that the family separation policy constituted “torture,” concluding that it was a form of enforced disappearance. “Parents who asked U.S. officials about the wellbeing and whereabouts of their children were not given answers for weeks and months at a time,” the report said. “I didn’t even have a chance to say goodbye,” one father said after he was falsely accused of being a gang member. He was separated from his four-year-old son for months.

Calling it a “litany of horrors,” the Atlantic in 2019 called this humanitarian disaster the number one “unthinkable” moment of  the previous president’s administration.” Forcibly yanking children from their parents,” Ashley Fetters wrote, “is of a piece with some of the darkest moments of American history: the internment of Japanese Americans; the forcible separation of American Indian children into special boarding schools; slavery.”