‘We quite literally hid photos of our children’: Women missing from 69% of newspaper bylines 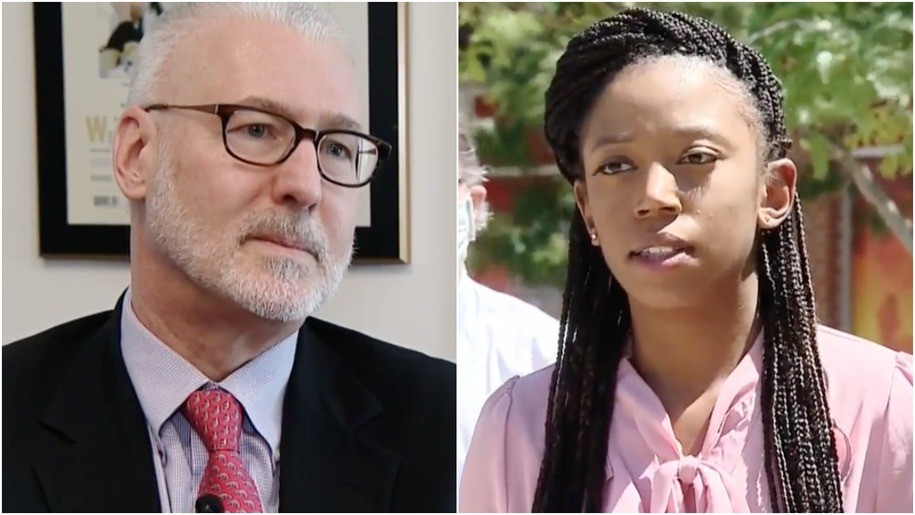 Let’s talk about newspapers, specifically the big-hitters in terms of circulation. Many consider newspapers the most dogged pursuers of truth and accuracy, the originators of journalism, tasked with bringing to light pressing societal issues like workplace inequity. But what few may realize about these media staples is that they often replicate the same destructive cycles in-house that they are quick to call out in other industries, namely inequity in their ranks.

A study released last month by the nonprofit Women’s Media Center found that on average, top newspapers have tasked men with reporting the news more than twice as much as they have tasked women. Masculine bylines were featured 69% of the time compared to 31% for feminine bylines, the Women’s Media Center found. The narrowest gender gaps were at The New York Times, The Washington Post, and USA Today, where feminine bylines were spotted some 40% of the time while masculine bylines were spotted about 60% of the time. The most gaping gender gaps were at The Atlanta Journal-Constitution (AJC), Newsday, and the Los Angeles Times.

At the AJC, a former employer of mine, women reported the news 16% of the time compared to 84% of the time for men. Newsday’s numbers were 18% to 82%, and the Los Angeles Times‘ stats were 19% to 81%. Formerly on a digital breaking news team, I left the AJC in 2018 after my four-month stint of working from home came to an end. My boss explained at the time that they just weren’t ready to allow remote work, and to do so for me presented a fairness issue. The argument was almost laughable considering the reporters on my team weren’t even given the respect and accompanying benefits of being classified as full-time employees, even though we worked 40-hour weeks. I was one of three female reporters on my team, and all of us have since parted ways with the company.

I left because I didn’t feel comfortable putting my 4-month-old son in daycare, and my salary didn’t justify it. My husband had the better-paying job with benefits, so leaving the AJC was an easy decision for me, though one that left me a bit bitter about my place in journalism now that I had become a mom. I’ve since learned, my story is far from unique.

“Newsrooms have always had a 24/7 culture which rewards those who can work long hours and can adjust their schedules on the fly when news breaks. Primary caregivers, who are mostly women, are forced to choose between child care responsibilities and career advancement. I faced this impossible choice many times as a single mother working in media companies at a time when we quite literally ‘hid’ photos of our children and suppressed the struggle. The struggle persists today and many women decide to leave the profession due to burnout.”

Julie Burton, president and chief executive officer of the Women’s Media Center, said in a news release that even “during this moment of newsroom reckoning, men still dominate when reporting the news.” The Women’s Media Center was founded by feminist activist Gloria Steinem, actress Jane Fonda, and poet Robin Morgan in 2005 “to raise the visibility, viability and decision-making power of women and girls in media,” according to the Center.

“Women are more than half of the population, yet it’s men who are telling most of the stories,” Burton said. “As a result, the news media is missing out on major stories, readers, and viewers and important perspectives.”

Wesley Lowery, a Black Pulitzer Prize-winning reporter who left his position at The Washington Post for one at CBS News, wrote in a New York Times op-ed last year that the “views and inclinations of whiteness are accepted as the objective neutral.” “When black and brown reporters and editors challenge those conventions, it’s not uncommon for them to be pushed out, reprimanded or robbed of new opportunities,” Lowery wrote.

If you’re a Black woman, your voice is often so ignored in newsrooms it’s practically nonexistent—so much so that the groundbreaking reporting on race we later celebrate has had to happen during reporters’ days off. Employers just haven’t seen the value when it’s a Black body lying face-down in a pool of blood on the street. Journalist Brittany Noble, a friend of mine, was off work but decided to jump into action to cover the Michael Brown shooting. In 2019, she wrote:

“I was hired at WJTV after breaking one of the biggest stories of the decade. The officer involved shooting death of a teen named Mike Brown in my Ferguson, Missouri neighborhood. His death sparked change and helped ignite the ‘Black Lives Matter’ movement that we know today. However, when I pitched stories about race in Mississippi, I was told the stories ‘are not for all people.’”

Noble also filed an Equal Employment Opportunity Commission complaint after she was fired from her position with the Mississippi news station. She wrote:

“After having my son, I asked my news director if I could stop straightening my hair. A month after giving me the green light I was pulled back into his office. I was told ‘My natural hair is unprofessional and the equivalent to him throwing on a baseball cap to go to the grocery store. He said “Mississippi viewers needed to see a beauty queen.’ He even asked, ‘why my hair doesn’t lay flat.’ When I asked him how I should address the change on social media he told me to write ‘I was told to change my hair back to the way it was because that’s what looks best.’”

The Journalism & Women Symposium stands in solidarity with award-winning journalist Brittany Noble Jones and other women journalists, particularly Black women, whose employers have discriminated against them because of their gender and race. https://t.co/u1uGd6WXxA pic.twitter.com/IyQT7SAMP0

The Women’s Media Center wrote in its 2018 report on the status of women of color (WOC) in news media that WOC represent just 7.95% of print newsroom staff members and 12.6% of local TV news staff. “There are so many micro-aggressions that come with being a journalist and female and not White,” journalist Soledad O’Brien said in the report’s news release. “If you spend too much time seeing yourself — in terms of how they see you — as only those things, you will lose your mind. Because there are just a lot of slights.”

Two years later, the Pittsburgh Post-Gazette banned two Black journalists from covering protests about the death of George Floyd, who was murdered by a white Minneapolis cop that kneeled on the Black father’s neck for more than nine minutes. According to the Newspaper Guild of Pittsburgh’s description, an existing clash between management and journalists at the newspaper seemed to have reached a boiling point when Alexis Johnson, a Black member of the guild and a reporter for the paper, posted a tweet May 31. It included photos of tailgating trash left behind after country singer Kenny Chesney’s concert and read: “Horrifying scenes and aftermath from selfish LOOTERS who don’t care about this city!!!!!…. oh wait sorry. No, these are pictures from a Kenny Chesney concert tailgate. Whoops.”

Horrifying scenes and aftermath from selfish LOOTERS who don’t care about this city!!!!! …. oh wait sorry. No, these are pictures from a Kenny Chesney concert tailgate. Whoops. pic.twitter.com/lKRNrBsltU

Soon after, management at the paper barred Johnson from protest-related coverage. Pulitzer Prize-winning photographer Michael Santiago, who MSNBC’s Joy Reid interviewed, said he was not given a reason when he was pulled off of protest coverage but he vowed that he would stand by Johnson. “There was no way that I was going to let this happen to her,” Santiago said. “I was going to protect her at any cost, and I told her I was going to ride or die for her, and that’s exactly what I did.”

With her tweet, Johnson offered exactly the kind of news analysis more media outlets could stand to learn from instead of simply continuing their one-dimensional framing of Black people in stories. But like all too many newspapers, the Post-Gazette was all too willing to punish Johnson rather than learn from her. And that, for many, is what it means to be a Black woman in journalism—hiding as much of yourself as you can stomach because the second you slip up and express your Blackness, you risk being laid out on the chopping block.