Anti-vaxx Chronicles: She had no idea COVID was *really* this devastating (in November 2021) 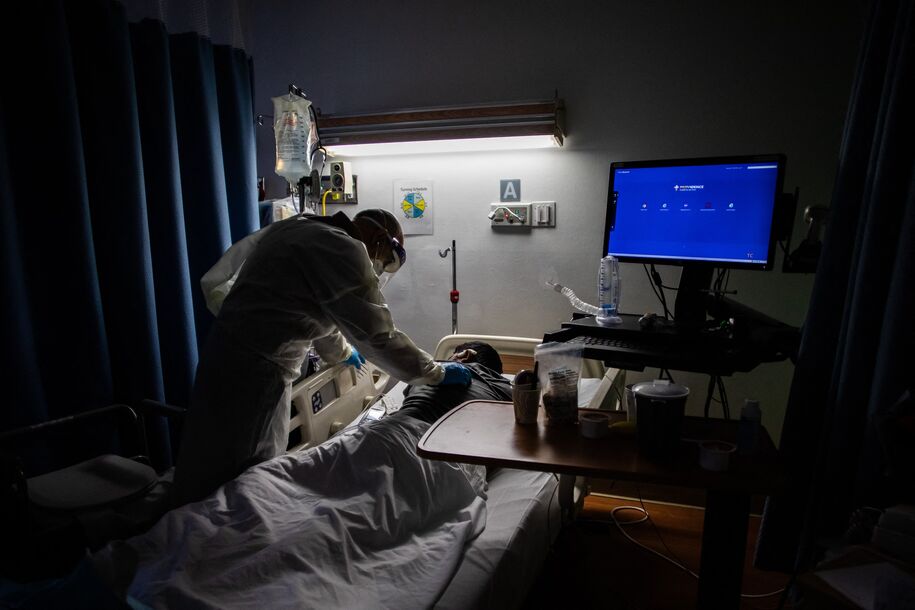 We get this story from the perspective of the wife.

Narrator: “A common, yet fatal mistake.”

Can someone point to anything at all that would suggest that Republicans care about any homeless person, including homeless veterans?

Can anyone point to anything at all that would suggest that Republicans care about children after they’re born? Did any of them vote for the monthly child tax credit? Did they fight for masks in schools? Do they propose more school funding? Do they work to get families with young children out of poverty? How about restricting gun access so kids don’t have to do “active shooter” drills in school? Do they praise Big Bird for helping kids and their families stay safe via vaccination?

It’s a rhetorical question. We already know the answer.

Their approach has left over 120,000 children orphaned.

Who is going to tell her that the Constitution and the Declaration of Independence are not the same thing?

And does “pursuit of happiness” include being alive and not getting shot, having shelter and food on the table, being able to buy a wedding cake no matter the kind of relationship, etc?

If farts killed millions of people globally, then yeah, we’d sure as hell would need to find a way to stop that spread. Presumably, we’d get special N95 underwear to deal with it. Big deal. Why is that in the least bit controversial?

It’s the first appearance of “Let’s go Brandon” in this series! For those of you who might now know, it’s the right-wing’s stupid new stand-in for “Fuck Joe Biden.” They think it’s hilarious.

Husband and wife both got COVID, and she’s like “oh no big deal see y’all in 10 days lolz ha ha.” She’s bought into the nonsense that it’s “just like the flu.” Five days later, reality sets in.

I’ll also note, for the record, that Joe Biden and CEOs did not put her and her husband in the hospital. They were trying to keep them (and everyone they come into contact with) out of the hospital. No good deed goes unpunished.

Hey guys, COVID is real, which is a thing everyone had been saying, but Facebook memes knew better and ha ha ha sheep want to put plugs up their butt because a Democrat in the White House is so scary illegals and Gadsden Flag FREEEDOM!

Had she listened to credible news sources that didn’t include the conservative media, she and her husband would know that COVID is actually quite devastating. She would know that hundreds of thousands of people are suffering excruciatingly painful deaths, and millions more recover but with long-haul COVID and a litany of health problems. She would know that a simple free jab would protect the vast majority from those dangers, as well as protect everyone else around them.

She says that she wonders if she chose wisely or not, after two weeks in the hospital (which she’ll now need to pay for, perhaps without her husband’s income) while her husband is intubated with a low chance of survival. Is there any outcome at this point that will lead to a “yeah, it was okay to remain unvaccinated” answer? But really, it’s clear she knows the truth: “I’m feeling that maybe we chose wrong.”

There’s an interesting divide between those who cling to their wrong choice to the bitter end, and those like this woman who realize they fucked up. The latter are hopeless. But cases like this? She was misled by the media she consumed. The entire conservative anti-vaxx apparatus is one big murder machine. It is incredibly effective at activating and mobilizing the Trump base—we saw that in Virginia and New Jersey last week—and it doesn’t care if it murders thousands of its own supporters along the way.

Meanwhile, this woman thought Joe Biden and CEOs were inhibiting her pursuit of happiness, when in the end, it was conservative media and COVID that did the trick.