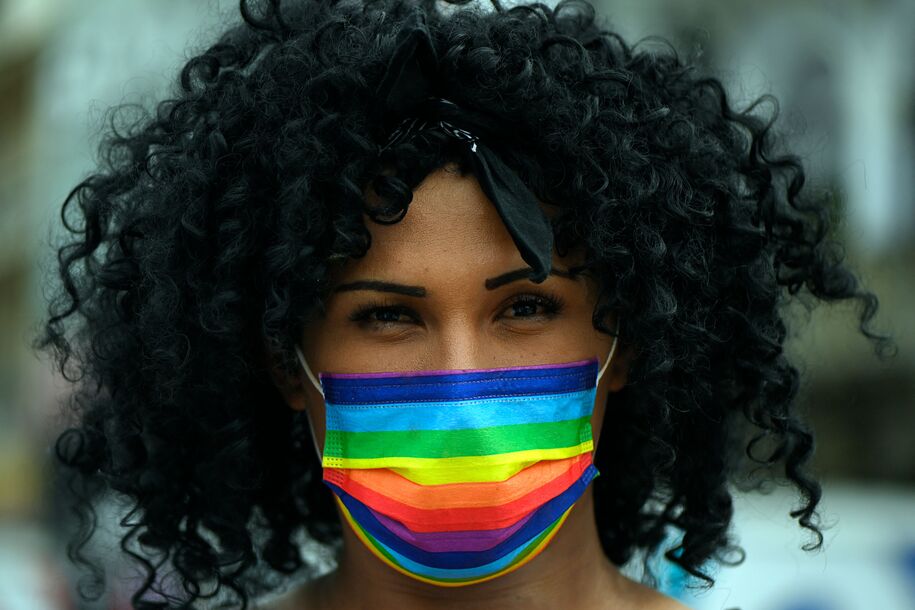 As Daily Kos has contextualized while covering anti-queer legislation proposed and implemented by Republicans, LGBTQ+ people report disproportionate rates of mental health issues like anxiety and depression and harassment, abuse, and even homelessness. An important aspect of that context is looking at the situation with an intersectional lens: understanding, for example, that trans women of color experience disproportionate rates of violence in a different way than a white, cisgender gay male might.

According to a study released in October by the Williams Institute, LGBTQ+ American Indian and Alaskan Native adults (AIAN) report higher levels of mental health struggles, as well as economic instability and abuse, than their non-queer peers. The report stresses that it is “critical” for interventions and policies to actually address and consider gender identity, sexual orientation, and race and ethnic background, as reported by LGBTQ Nation.

Somáh Haaland, a nonbinary queer person who uses they/them pronouns, spoke to NBC News in an interview about life as an LGBTQ+ AAIN advocate. Haaland serves as the media coordinator for the Pueblo Action Alliance and is also the child of U.S. Interior Secretary Deb Haaland.

“Being queer and being Indigenous are both beautiful identities to carry that are sacred when they intersect,” Haaland told the outlet, stressing that “we often must fight twice as hard just to show that we are worthy of living and thriving.” Haaland explained that they’ve heard from friends about their struggles to feel acceptance both at home and with white LGBTQ+ people, adding, “In white queer spaces they experience racism and disconnection, while at home or on their reservation they may feel like being out could exclude them from cultural activities.”

75% said they didn’t have enough money to cover all of their necessities in the year before the survey. Almost 50% said they’d experienced a significant financial crisis. 19% said they’d been fired or laid off in the previous year. Among AIAN-only adults, unemployment and food insecurity rates are similar across LGBT status. More than 40% of AIAN-multiracial LGBTQ+ adults said they experienced food insecurity.

Here are five free mental health resources if you or a loved one are in need.