Steve Bannon has been indicted for contempt of Congress, arrest warrant reportedly issued 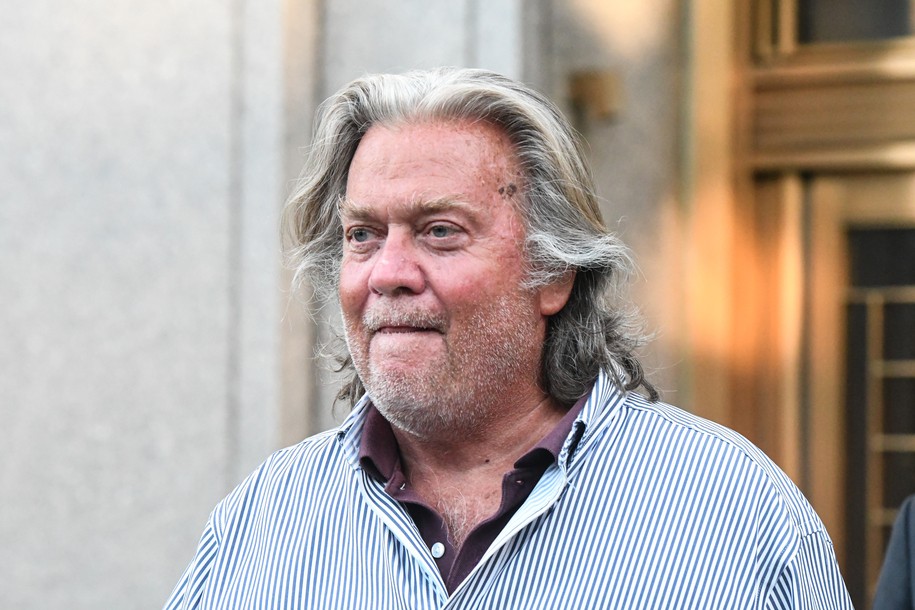 Jessica Schneider at CNN is reporting that a federal grand jury has handed down an indictment for Steve Bannon. Prosecutors reportedly presented the indictment along with an arrest warrant to a federal judge on Friday afternoon.

The need to empanel a federal grand jury would definitely explain where a lot of the time went since Bannon’s citation was referred by the House.

An arraignment date reportedly has not yet been set for Bannon’s appearance before the U.S. District Court which will hear this case. The two charges each carry a minimum of 30 days, with a potential maximum of 1 year and a fine of $1,000.

STEVE BANNON INDICTED. @HBRabinowitz @ZcohenCNN and I were in court when the grand jury handed down the indictment & the magistrate judge said she’d sign an arrest warrant. @HBRabinowitz is the one who has been tracking this and called us down to the courthouse to catch it unfold

A number of outlets continue to report that litigating the case over Bannon “could take months or years.” Which is absolutely true. However, his arrest might also go a long way toward making other witnesses weigh whether that’s how they want to spend the next few years of their lives.

In what’s likely no coincidence at all, members the House Select Committee, have issued a new statement on Mark Meadow’s failure to appear this morning.

“Mr. Meadows has decided to join a very small group of witnesses who believe they are above the law and are defying a Select Committee subpoena outright.”

Don’t be surprised if Jeffery Clark also gets a poke with a sharp stick.

ALERT: Law enforcement expects Steve Bannon to self-surrender on his criminal charges in DC on *MONDAY*

Politico reports that Bannon’s case was assigned to Judge Carl Nichols, who is a Trump appointee.

Reviewing Judge Nichols’ past cases, it seems he’s been pretty even handed in past rulings that involved Trump’s inner circle. He rejected a request from Sidney Powell to dismiss the defamation lawsuit by Dominion and ruled that he didn’t have the jurisdiction to order the state of New York to halt their attempts to obtain Trump’s tax records.

I want to believe the whole thing about giving Bannon until Monday before he has to turn himself in, involves folks sitting around, pretending to read newspapers with eye holes in them, at every airport gate within a 100 mile radius.

“Since my first day in office, I have promised Justice Department employees that together we would show the American people by word and deed that the department adheres to the rule of law, follows the facts and the law and pursues equal justice under the law, Today’s charges reflect the department’s steadfast commitment to these principles.”