Parler Watch: Gene Simmons betrays conservatism, and other vignettes from their fringe 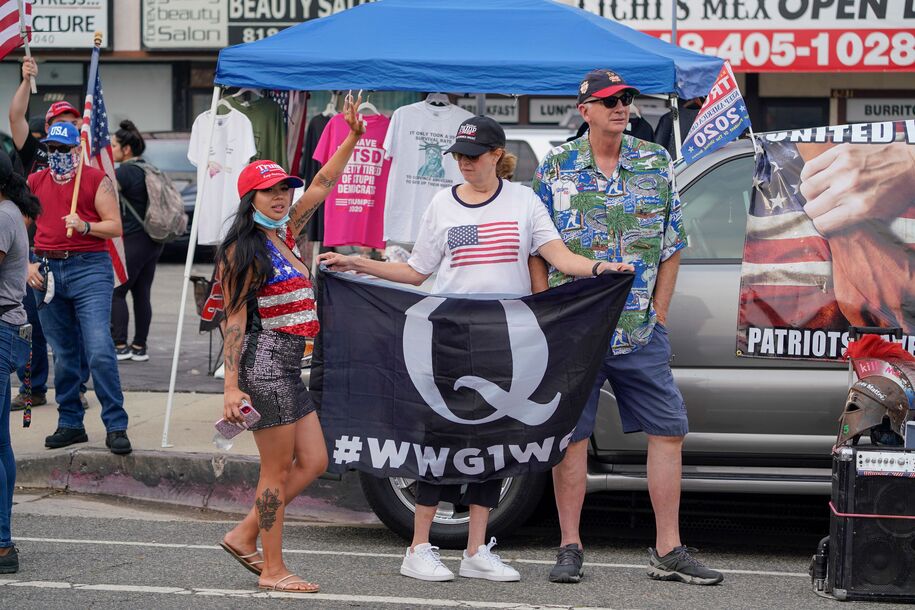 Anti-vaxx Chronicles aren’t going anywhere, but it gets to be a grind sometimes. So I will occasionally mix it up with Parler Chronicles, exploring other conservative media outlets. Reddit’s r/ParlerWatch subreddit tracks the ridiculousness and is the source of the material I’ll pull.

Today is a bit of a grab bag, as I pull examples from Twitter and the alt-right Gab.

An act in three plays:

Being “conservative” and “a patriot” means refusing a free lifesaving vaccine, thus putting yourself, your loved ones, and your community in mortal danger of chronic illness, financial ruin, and/or death.

Let’s head over to the QAnon section at Gab, the social media home for the worst of the worst.

This should be crank theories, but Q adherents like Marjorie Taylor Greene and Lauren Boebert sit in Congress. We can’t close our eyes to these deplorables as they continue to gain relevance in mainstream political circles.

Let’s shuffle over to a different corner of Gab, and see what happens when conspiracy theories collide:

That’s Ashli Babbit, who was killed in the Jan. 6 Capitol insurrection as she tried to force her way with a mob into a room with elected officials. She has become a hero to the deplorables. But wait … how can she be a MAGA hero if some are trying to allege that the whole insurrection was a false flag operation?

603lifefreeordieNH comes in with the definitive proof that the insurrection was “simulated riots” that were “preplanned” to … I looked up the video, but it has been pulled from Facebook and other locations, so no idea what the simulation hoped to accomplish. Probably make King Trump look bad.

So if the Jan. 6 seditionists were “DC Democrats” and “treacherous RINOs” …

So either Babbit was a traitor, or a hero, and she was either murdered, or she didn’t actually die. And to his/her credit, sassy4life doesn’t know if Babbit served in the military, it could all be part of a coverup, but if she became a traitor that would “bad.” It’s good to admit gaps in one’s knowledge!

The debate rages on! She’s a hero! No, she’s a traitor! Which would be “bad”! She’s dead but she’s not, it was “staged” by the “Democrats/RINOs”!

And Cindyab4321 is stupid and didn’t get the point of the post, and apparently thinks @Hek is Ashli Babbit and thanks him for her service.

Meanwhile, take in projection in its most majestic manifestation: Joe Biden is a “fraud, thief, pedi and liar.” Mind you, Trump has been found to be three of those in court, and as for the fourth …

But I digress! Let’s get back to the riveting debate over whether Babbit is alive or dead or a hero or a traitor.

It’s sad she died, because she’s a hero. RIP Ashley, because why not change her name post-mortem? Meanwhile, ConspiracyBearr points out that she’s “prob at Applebees today,” though he hastens to add that it’s just “squibs,” which Urban Dictionary tells me is slang for “sarcasm.” Too late, half the people reading that run with the apparent joke, thinking it’s real, and the debate (just squibs!) will rage on.

So is she a hero or a traitor? Who knows! The debate will continue. But if she was an antifa plant, they did a great job with the backstory:

Great job, antifa, for pulling off this con, and great job Ashli Babbit, or whoever you are, for a killer acting job! But careful when you go to Applebee’s. They’re getting suspicious!