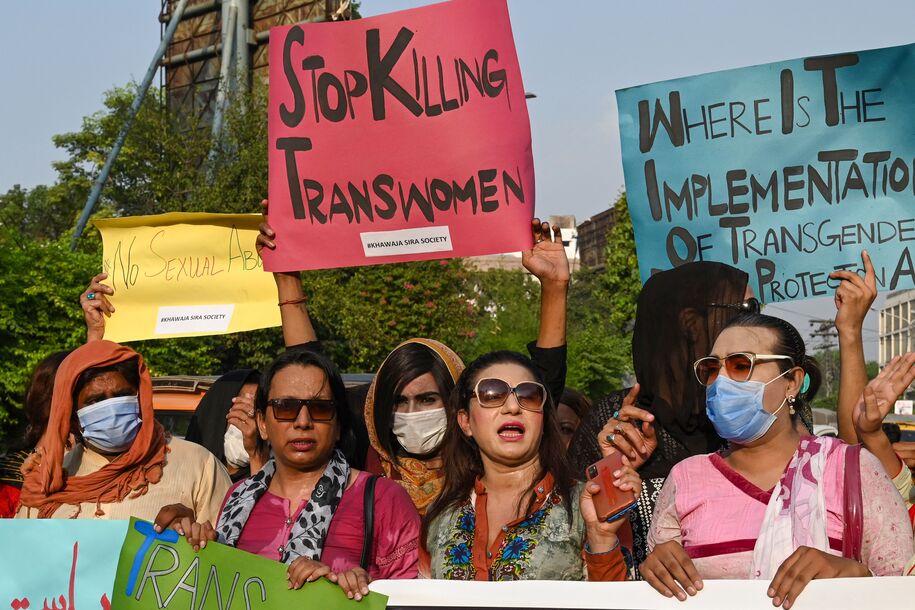 As we kick off Transgender Awareness Week, which spans from Nov. 13 to 19, it’s important to celebrate all of the wins and victories the trans community has to celebrate. Whether it’s brave youth speaking out against transphobic legislation that affects them, family members showing up as allies, or peers rallying to support one another in the classroom, there’s plenty of warmth and encouragement. Unfortunately, however, there’s still a lot of violence, and according to a new report from the Human Rights Campaign (HRC), some of that violence is literally deadly.

According to a Nov. 9 press release from the HRC, 2021 is already the deadliest year on record for trans folks. According to the HRC, at least 45 openly transgender or gender nonconforming people have been killed so far in 2021 alone. In 2020, for comparison, at least 44 trans or nonconforming people were killed. “At least” is an important caveat as crimes against trans folks are notoriously underreported, or people are misgendered after death.

When it comes to talking about violence, it’s impossible to discuss the subject thoroughly without considering intersectionality. For example, a trans person of color may face more material or bodily harm than a white trans person. A gender nonconforming Black person may face more discrimination than a white gender nonconforming person. A queer sex worker may face a greater risk of certain violent crimes than a queer person not involved in sex work. This isn’t to say, for example, that a white, wealthy trans person faces no oppression or violence, but that they have certain innate privileges (like their race) that their trans peers might not. And this privilege can carry into all facets of life, from employment, to housing, to the legal system, for example.

With this in mind, we can discuss horrifying allegations about a trans woman’s treatment while incarcerated—in a men’s prison. As reported by Insider, Kristina Frost, a trans woman, is suing San Diego County, as well as the sheriff’s department, alleging she was forced to share a jail cell with three men last year. One of the men assaulted her while she was asleep, according to Frost, which included “closed-fist punches” to her face. The lawsuit says Frost actually had a fractured jaw as a result of the violence and has needed surgery and dentures.

The lawsuit also alleges that the cell had minimal monitoring, but that some deputies did witness the attack and didn’t intervene right away. The lawsuit also alleges that deputies misgendered Frost in person and in official documents, especially confusing to Frost as her driver’s license lists her as female. Though what someone was wearing shouldn’t matter, the suit also notes Frost was booked wearing “feminine” clothes, including a bra. Now, Frost is suing for punitive and compensatory damages.

Trans folks are particularly vulnerable to hate, abuse, and discrimination. When it comes to fighting for justice and standing against oppression, that battle must include—and frankly, center—the most marginalized among us, and in this case (and many cases) that includes incarcerated folks.