Naturalization numbers go up, a good sign after pandemic and politics disrupted services for many 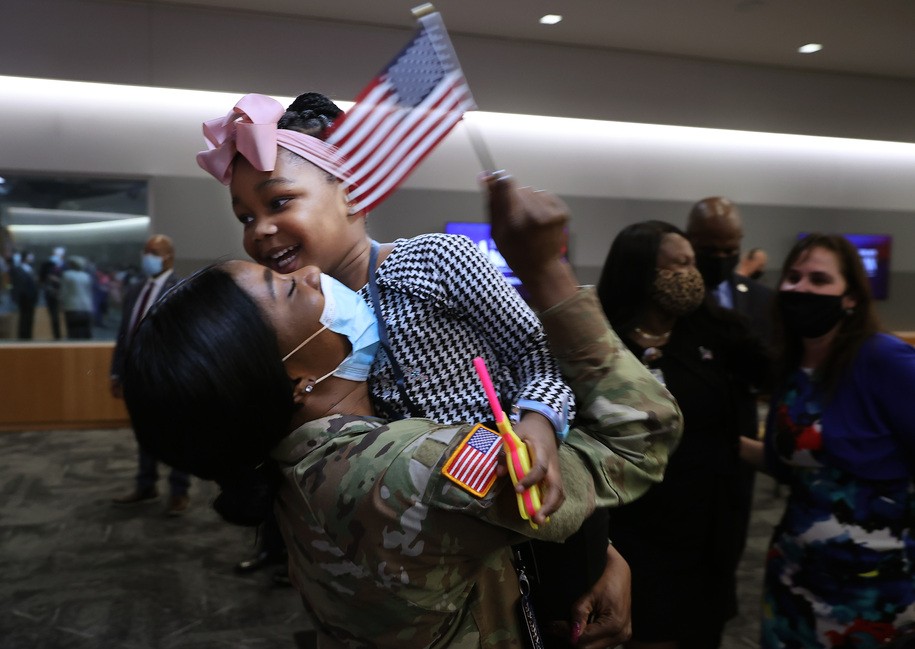 Roughly 808,000 people became U.S. citizens in the 2021 fiscal year, up from just over 625,000 in the 2020 fiscal year, CNN reports. The numbers come as the Biden administration also naturalized thousands of former and current military service members (as well as their family members) as part of the Veterans Day observance.

It’s a good trend. Not only were U.S. Citizenship and Immigration Services (USCIS) offices seriously impacted by the novel coronavirus pandemic, the previous administration used those service disruptions to its advantage, refusing to implement service alternatives for immigrants left in paperwork limbo.

In just one example, Philadelphia immigrants whose naturalization ceremonies were derailed by office closures were forced to sue the federal government in June 2020. USCIS had steadily refused to conduct virtual ceremonies even though nothing stopped it from going the Zoom route. Because immigrants and their application fees nearly entirely fund the agency, office closures and service delays only intensified this crisis. But immigrants won that lawsuit, affecting thousands in the region.

“The suit was voluntarily dismissed on Tuesday,” The Philadelphia Inquirer reported, when the local office “opted to quickly naturalize all of them.”

Under President Joe Biden, officials have launched an “unprecedented effort” leveraging government departments and agencies (including the V.A.) to encourage eligible immigrants to complete the naturalization process, CNN reported in July. USCIS said in a statement last week that nearly 4,500 current and former military members, along with family members, became U.S. citizens in recent ceremonies.

“The willingness to serve in our armed forces before you become U.S. citizens is truly a remarkable example of devotion to country and our highest ideals,” Department of Homeland Security Sec. Alejandro Mayorkas wrote in a tweet last week.

Ur Jaddou, who at the time of the Philadelphia lawsuit was a former USCIS official and was firmly on the side of conducting virtual ceremonies, is today the agency’s director (it’s first Senate-confirmed director in two years, actually). She oversaw one of these recent military ceremonies. But this also doesn’t mean USCIS has now been totally in the clear. Delays continuing into 2021 resulted in tens of thousands of first-time Deferred Action for Childhood Arrivals applicants losing out on protections (again highlighting the urgent need for Congressional relief).

This is good news on immigration. It is also why we need #BuildBackBetter, which helps to reduce visa backlogs and gives resources to make sure that immigrants can fully contribute to our economy and are equally protected/valued for their efforts.https://t.co/0HG3nSzQUc

“The record for naturalizations was in 2008, with more than a million people becoming U.S. citizens, an uptick that was attributed to upcoming fee increases and efforts to encourage eligible applicants to apply for citizenship,” CNN said. Dozens of immigrant and refugee advocacy organizations in over 100 cities announced an effort this past September to naturalize two million people by the end of 2022. Overall, more than nine million green card holders (others say nearly 10 million) may be eligible for naturalization, but “barriers like limited English skills, high application fees, and a lack of access to legal services and information prevent them from taking steps toward naturalization,” groups said.