When ‘Let’s Go Brandon’ is chanted from pews at Texas megachurch, tax-exempt status is questioned 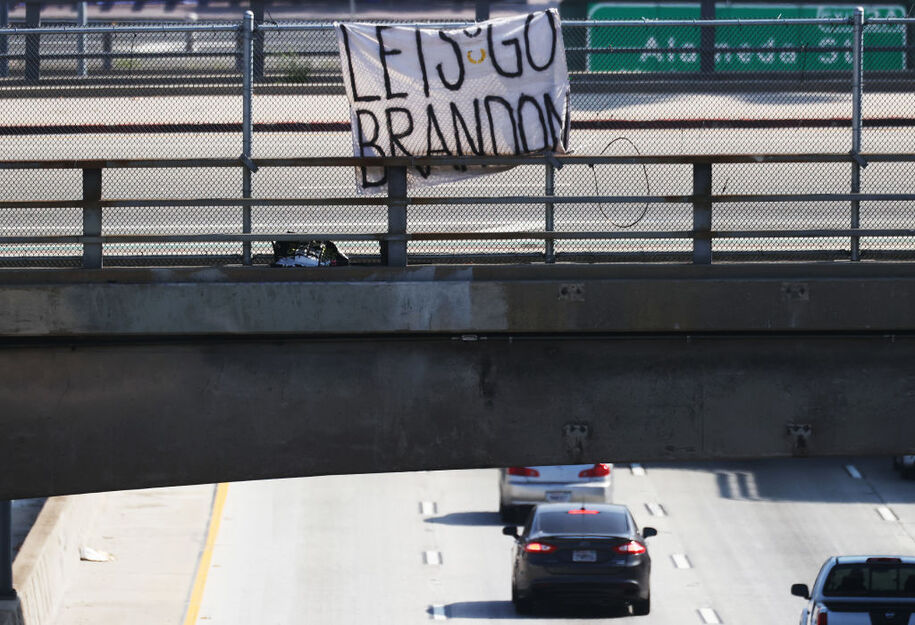 When a bunch of QAnon-believing, MAGA-loving, former White House employees show up at church and begin shouting a veiled version of f**k Joe Biden via “Let’s Go, Brandon,” from the pews, that’s not a religious service, it’s a political rally; and San Antonio, Texas-based Cornerstone Church’s Rev. John Hagee needs to pay his fair share in taxes starting right now.

This is the same megachurch reverend who once said that Jesus Christ is the vaccine for COVID-19, but after getting the virus recanted. He is now, as he says, “taking the vaccine.” And in 2008 he preached antisemitic statements, such as God sent Hitler to hunt the Jews who had failed to support Israel by moving to the Middle East.

In order to cover its ass, the church was technically rented out for the “ReAwaken America” conference, but Hagee regularly engages in politics during services. This past weekend, he claimed that President Biden is the worst president ever.

Video of the chant began spreading like a disease on social media over the weekend when throngs in attendance were egged on by event organizer Clay Clark, host of the podcast “Thrivetime Show.”

Michael Flynn, former national security advisor to the one-term president, spoke Saturday, saying the U.S. should have one singular religion. The same QAnon devotee Flynn who’s said the U.S. government is controlled by the “deep state” by Satan worshippers and even took an oath to the bizarre Q-cult.

Even Alex Jones was on hand to rant that Bill Gates, Hillary Clinton, and Barack Obama all serve Satan. pic.twitter.com/amBTbFPZEq

The origins of the chant go back to Oct. 2, and an interview with NASCAR driver Brandon Brown, who’d just won his first race. While being he was speaking with NBC reporter Kelli Stavast, the crowd started chanting “F**k Joe Biden.” Stavast said, “You can hear the chants from the crowd, ‘Let’s go, Brandon!'” in her broadcast. No one knows if she misheard the crowd or was trying to deflect.

Here’s another angle. This wasn’t a spontaneous crowd chant. This was led from the stage. pic.twitter.com/tWh9vvasau

“Any Christian church that engages in the white Christian nationalism that John Hagee’s Cornerstone Church does has long forsaken the teachings of Jesus, the Prince of Peace. And for those confused, QAnon is incompatible with Christianity,” Rev. Dr. Chuck Currie, a minister in the United Church of Christ in Portland, Oregon tweeted.

Any Christian church that engages in the white Christian nationalism that John Hagee’s Cornerstone Church does has long forsaken the teachings of Jesus, the Prince of Peace. And for those confused, QAnon is incompatible with Christianity. https://t.co/55BK0LRlcq

“Pastor John Hagee is the founder of Christians United for Israel. He is a leader among leaders in protecting the Judeo-Christian bedrock of America,” Mandel tweeted.

Pastor John Hagee is the founder of Christians United for Israel. He is a leader among leaders in protecting the Judeo-Christian bedrock of America. Amazing video of his Cornerstone Church today — worshippers break out in chant of Let’s Go Brandon!pic.twitter.com/HnOSfGWP9D

But, as Rep. Joaquin Castro says, this event felt more like a political rally than a church service, leaving many to wonder how Cornerstone can maintain its tax-exempt status.

This is not a church service it’s a political rally. It’s also a prime example of why more people are turned off by and leaving organized religion. https://t.co/QvdAuDqlti

According to the IRS, churches and religious organizations, like many other charitable organizations, qualify for exemption from federal income tax under IRC Section 501(c)(3) and are generally eligible to receive tax-deductible contributions.

To qualify for tax-exempt status, the organization must meet the following requirements:

Churches that indulge theocratic hogwash and politics in the pews, like Hagee’s congregation routinely witnesses, should be taxed. As Crooks & Liars so eloquently puts it:

“Our tax laws are so biased and corrupt in favor of right-wing politics that Hagee and his ilk could convert their church to a 501-c-3 Political Action Committee and be fully within the law. We need to overturn Citizens United. Corporations are not people, even when those corporations are supported by people [who] have their butts in the pews.”