Anti-vaxx Chronicles: This story was tough the first time we saw it. Turns out it’s even more brutal 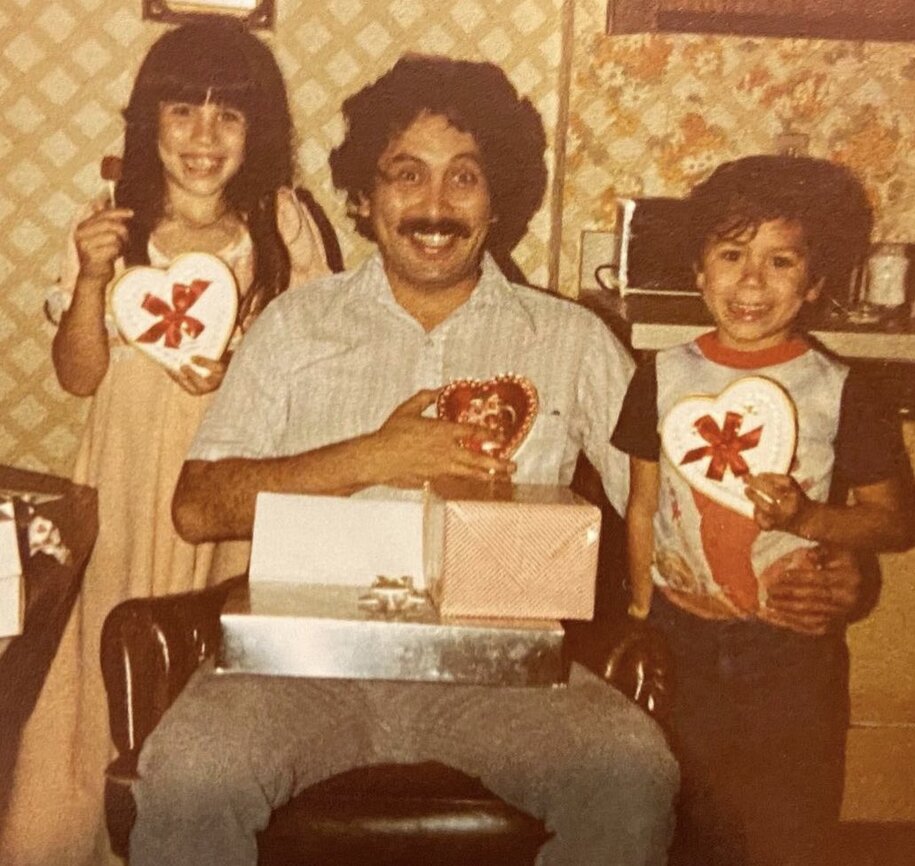 We first heard about the tragic saga of Rachel McKibbens’ family last week. As you might remember, her brother talked her father into refusing vaccination, and then when he got sick, resisting hospitalization. Her father died at home, gasping for air. Shortly thereafter, her brother got COVID, ended up in the hospital, then checked himself out and died at home.

That was a brutal story, one of the toughest we’ve seen. But, it turns out, things were even worse than anyone thought, as McKibbens got a hold of her brother’s phone and got an inside look into his misguided deliberations—and the cousin who killed her family.

As I did last time, I’m presenting this one with no commentary. EVERYTHING BELOW WAS WRITTEN BY RACHEL MCKIBBENS, NOT ME, and comes from this Twitter thread transcribed for easier reading:

My brother died of COVID on Monday. I’ve learned he left the hospital early, against doctor’s recommendation. He never told me that part. He let me think he was getting better. For 9 days, I did what I could to help him. In the end, he died alone. I’m on another planet now. https://t.co/sPLMSKTlzW

I keep reaching for comfort in unlikely places. My brother believed COVID doesn’t exist. He thought it was all a plot by doctors to get kickbacks from big pharma. He & my cousin managed to convince my dad of this, too. The following texts are from their final days:

These first three texts are from Oct 3. My dad & brother had persistent coughs + fever & reached out to our cousin, a nutritionist, who encouraged their anti-vaxx beliefs.

After attending a family member’s funeral, my brother was certain they got infected by all the vaccinated family members. Our cousin mentioned his wife had a heavier period than normal & they believed it was from her working around vaxxed people.

After SIXTEEN MORE DAYS of these symptoms, the cousin sends this:

He then sends links from Dr. TikTok.

At this point, cousin has my brother convinced they don’t have COVID but myocarditis. Then, Thurs. 10/21:

after suggesting they start taking probiotics, our cousin ponders why his own wife hasn’t been inflicted by the “shedding” of vaxxed people. They discuss how this isn’t COVID throughout dozens of texts, then say their illness is from vaxxed people…shedding COVID.

Oct 21st. One day before our dad succumbs to COVID.

I tried. Even after my brother explained to me the lengthy terror he watched our dad go through, even after telling me he refused to take our dad to the hospital, I screamed: “Peter! You are going to die! If you don’t go to the ER right fucking now, I will never forgive you.

I explained to him he likely developed COVID pneumonia, which is much more aggressive than regular. In other texts, he talks about how hospitals deceptively tell ppl they’ve tested positive for COVID so they can administer drugs for profit.

This combination had literally saved the life of a vaxxed loved with breakthrough COVID four days before our dad’s passing. My cousin talked him out of it.

My cousin, the god-fearing nutritionist who won’t type out “bullshit” but will easily talk my brother out of life-saving meds 🙏🏽

Dr TikTok at it again.

At this point, when I’d text to check in on him (I was still 3k miles away) he told me docs said he was on the mend and would be discharged soon.

Peter, my dear brother, you will not be jogging. Not in this condition.

At this point, I believe TikTok is just a gaping hole in my cousin’s ass.

2 days after my dad’s last gasp:

My brother doesn’t get that he feels better because the hospital is helping him.

My brother was AMA (left against medical advice) Again, I wish I’d known this. It confused me that he “got better” so quickly. My vaxxed loved one with breakthrough COVID was in the ICU for two weeks. They’re the same age.

Suddenly there is a cause for concern.

My dad & brother lived like shut-ins all their lives due to our being stalked for decades but our extremely mentally ill mother. I worried my brother was still keeping all the windows & curtains closed on 90 degree days, and I was right.

Numerous examples of “brain fog” / low oxygen to my brother’s brain throughout the texts. Here, my brother explains he is wheeling himself around in an office chair, and toggles between third & 2nd person & misgendering while speaking of himself.

My brother & cousin switch from bullshit internet COVID remedies to un/misdiagnosing him.

Meanwhile, my brother’s best friend, who delivered cooked food to the porch every day, begged him to go to the hospital while our cousin discouraged it. The following texts are between my brother & his best friend.

His best friend never feeds into my brother’s bs rhetoric. Each time it’s thrown his way, he changes the subject / keeps the convo centered on my brother’s wellness. These are sent 2 days before my brother dies.

My brother’s last request for food. My brother whose cupboards are full of protein powders and dry fruits & nuts & fat-free this & supplements galore. He wanted the softest thing, because chewing had become so painfully exhausting.

Part of me imagines my brother doesn’t even believe he is dead. Who will tell him, and will he listen?

My Peter, wide-eyed partner in childhood trauma. My Peter who didn’t speak much, didn’t leave the house, never saw the world. He watched our dad die. Refused help.

Believed, as he himself was dying, that he was right.