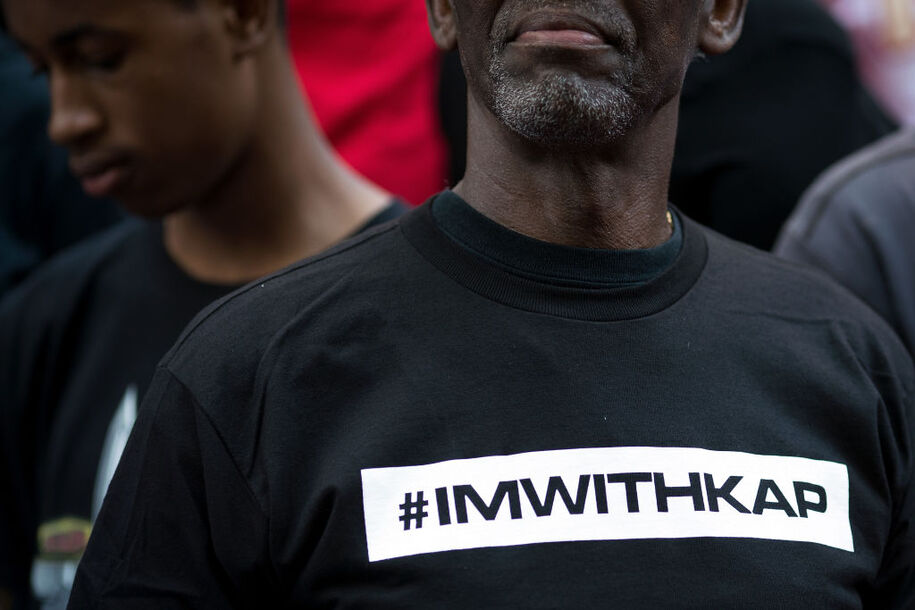 A new Hill-HarrisX poll found that 69% of registered voters believe that “cancel culture” unfairly punishes people for their past misdeeds. But is everyone “canceled” the same? And when did it become unfair to hold people accountable?

First off, let’s unpack the history of the term. The phrase “cancel culture” started in 2014 on Black Twitter. It was used to call out the past wrongdoings of public figures. Today, the term has morphed into something new, co-opted by white people who don’t want their pasts coming back to haunt them, and in their ever-perfect whiteness have weaponized cancel culture to correct those holding them liable. Leave it to the colonizers to turn their villainy onto their oppressed.

Now, let’s talk about anti-cancel culture. This group includes folks like Sen. Ted Cruz, Meghan McCain, Candace Owens, and the Tucker Carlsons of the world. Those who criticize cancel culture as another version of political correctness, and conflate systemic racism and inequality with accountability and the reckoning that comes along with it.

A perfect example is Cruz’s crusade against canceling six of Dr. Seuss’ books containing racist and offensively stereotypical images of Black and Asian people, but not addressing the insanity behind a Loudon County, Virginia, suburban housewife and Republican operative in her drive to ban books she hasn’t even read.

Let’s not even begin to discuss the hypocrisy of canceling Colin Kaepernick, but allowing Aaron Rodgers to continue playing, or Mel Gibson (soon to begin directing the fifth Lethal Weapon), Woody Allen, Bill Cosby, OJ Simpson, and of course the biggest grifter of them all, the former one-term, twice-impeached President Donald Trump—all are out there living their best lives without any repercussions at all.

Professor of Public Policy at Davidson College, Issac Bailey wrote an op-ed for Newsweek talking extensively about the hypocrisy of cancel culture as it related to the “unfair treatment of a handful of white staff members at Smith College,” versus “a collective yawn about what Black and brown student-athletes at places such as Kentucky University and the University of Texas have been facing while fighting for racial equality.”

Or the sheer caucasity of the outrage when a white science reporter’s career came to an end at The New York Times, when he uttered the n-word (he didn’t mean it, they screamed) but were “unmoved by a comprehensive report detailing the less-than-ideal working conditions many journalists there have been experiencing at the Times, with journalists of color taking the brunt of it,” Baily writes.

The right-wing’s latest attack on cancel culture has shifted to include the “woke crowd.”

Let’s look at the history of “woke.” According to Vox, “stay woke” was a phrase to the wise about being vigilant as a Black person living in America, adopted by Black Lives Matter activists to keep an eye out for police brutality and abuse.

It was a call-out to white people to wake up and smell the systemic racism. Today, it’s a rallying cry from the right to belittle the left. And just like the condemnation of critical race theory, the disapproval of being woke gives racists and those on the right an excuse to continue ignoring or simply facing the reality of their collective horrific history around the globe.

Having a slap on the wrist aka a $14,650 fine for a millionaire NFL player is insulting when compared to the daily cancelations Black and brown people, have suffered in this nation for hundreds of years.

Former CIA director and former Secretary of State under Trump, Mike Pompeo—who, according to The New York Times, has been named the worst secretary of state in American history—tweeted Tuesday about his “resistance to socialism,” “woke cancel culture,” and his slipping “freedoms.”

Really, Pompeo? How are you being impacted by cancel culture? Who’s canceling you? You were a total failure in your role designed to build diplomacy, but in fact, busting it to pieces, and now there’s talk of your 2024 presidential run.

My father was in effect canceled when he was chased out of a small town in Louisiana for looking at a white woman. I was canceled by a boss at a major radio station in Los Angeles when I was told not to get “uppity” after asking for a raise. Or the mass cancelation of Indigenous people by massacring them and forcing them onto reservations where industries poison their water, air and land.

Finally, when someone like Dave Chappelle gets blasted for his comments about the trans community, he should listen. I also think he should address the complaints and learn from them, and maybe even make some changes. But Chappelle hasn’t been canceled. This month the comedian embarks on a 10-city headlining arena tour that appears to be sold out.

So instead of discussing canceling Chappelle, let’s mention a few of the trans women who were canceled just in 2021—Tyianna Alexander, Bianca “Muffin” Bankz, Dominque Jackson, Fifty Bandz, Alexus Braxton, Cyna Carillo, and Diamond Kyree Sanders, to name a few.