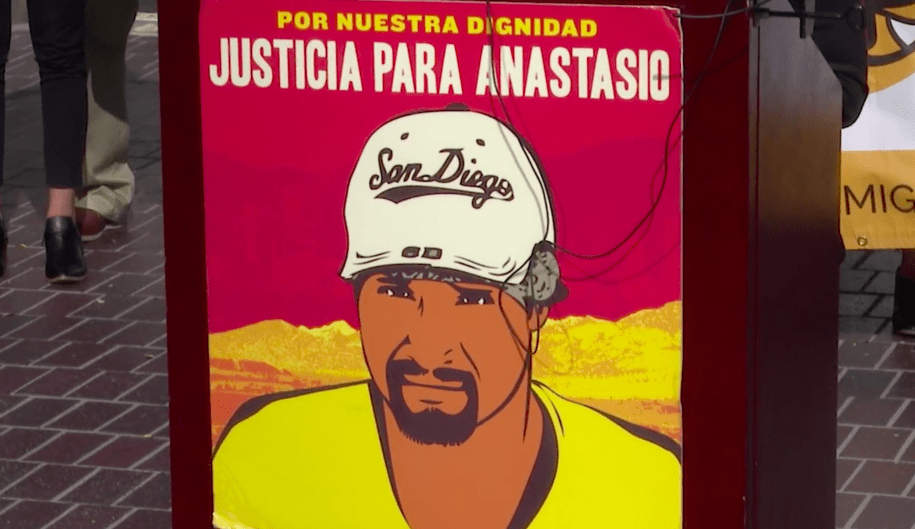 It has been over a decade since the killing of Anastasio Hernandez Rojas by Customs and Border Protection (CBP), who was “tased, stripped and beaten by a mob of border & customs officers in 2010,” author and columnist Jean Guerrero wrote earlier this year.

But following recent attention on both his murder and the secretive CBP “shadow police unit” that covered up his death, there’s a renewed call for justice, notably a letter urging the San Diego district attorney to open a probe into the case.

“Even though SDPD had jurisdiction in the case, its detectives didn’t become aware of the incident until members of the media called to ask questions about Hernández’s injuries allegedly at the hands of the Border Patrol agents,” Border Report said. Border Patrol’s secretive Critical Incident Teams (BPCITs) had instead contacted the FBI to unsuccessfully seek assault charges against Hernandez Rojas, who by that time was brain-dead in a hospital. BPCIT further tampered with critical evidence relating to his case.

“Activists say the investigators and their supervisors need to be prosecuted on charges of obstruction of justice and other charges,” Border Report continued. While a federal judge in 2017 approved a $1 million settlement for his family as part of a wrongful death lawsuit, the Justice Department two years prior had declined to pursue federal charges against agents involved in his death, citing “insufficient” evidence.

“Autopsy reports confirmed that Anastasio suffered extensive injuries while in custody, including bruising and abrasions on his face and body, five broken ribs, and hemorrhaging of internal organs and neck muscles,” Alliance San Diego said. “Mr. Hernandez died after suffering a heart attack, cardiac arrest, and brain damage. His death was ruled a homicide.” Yet no border agent has ever been held accountable for it.

Among those participating in a rally outside San Diego’s Hall of Justice earlier this month was Hernandez Rojas’ widow, Maria Puga. “What I really want people to know from this story is what really happens at the border,” KGTV reports she said through a translator. “What happens in border communities, what happens in border patrol. There are countless people who get abused and get hurt by border patrol agents.”

Reps. Juan Vargas, Sara Jacobs, and Joaquin Castro told Attorney General Merrick Garland that allegations around the secretive BPCIT were “very disconcerting,” and that “accusations of obstruction of justice, corruption, and extreme misconduct must be thoroughly investigated and, if true, those involved must be held accountable immediately.” During the Senate hearing this week, Padilla pressed Mayorkas on the report, but the secretary offered nothing of value in response, claiming “the misconduct of one, does not define the heroism and integrity of the great majority of the men and women.” The fact of the matter is that corruption, racism, and violence run rampant in this agency.

“Geneviéve Jones-Wright, the Executive Director of Community Advocates for Just and Moral Governance, wanted the agents involved in his death to also be held accountable,” KGTV continued.

“We are here to ask, to urge, to plead with our District Attorney to do the right thing and uphold her obligation as District Attorney. To send a clear message that no one is above the law,” she said in that report. “We don’t have justice,” Puga said according to Border Report.