Guess which Republican suggested a brilliant, celebrated woman of color professor is a ‘comrade’? 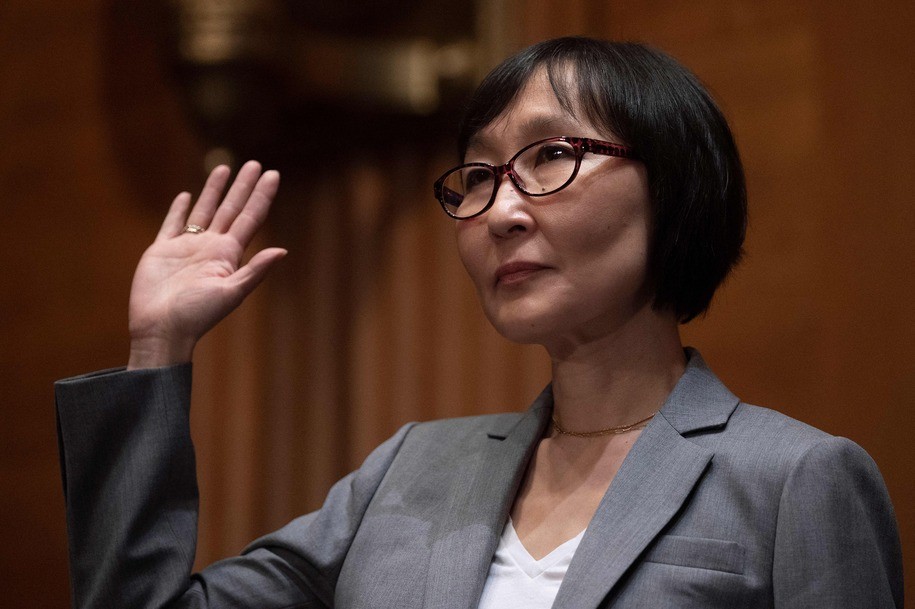 If you’ve ever wondered whether or not Republicans will take any possible route to be racist, hateful, and discriminatory, shocking remarks made during a Senate Banking Committee nomination hearing for President Joe Biden’s bank regulator pick, Saule Omarova, will probably answer that for you. For the general public, the decision about who controls our currency and bank regulation isn’t terribly exciting. But thanks to racist remarks made by Republicans, and the subsequent call-out from Democrats, people are talking about Omarova’s nomination.

This is great because, among other reasons, if confirmed to head the Office of the Comptroller of the Currency (often abbreviated as the OCC, it functions as an independent part of the Treasury Department), Omarova would be a number of firsts in the role—the first immigrant, the first person of color, and the first woman. So of course, Republicans chose to attack her with an extended smear campaign during her hearing on Thursday.

In speaking to New York Magazine in an interview, Omarova explained she knew, for example, Wall Street wouldn’t be happy about her nomination, but she was surprised by the “personal character” of the attacks against her. The Fox News conservative hysteria machine has been obsessed with portraying Omarova as a communist in what feels like a callback to the red scare of decades ago. And, sadly but not surprisingly, Republicans in power have been more than happy to jump on board with the rhetoric.

As reported by CNBC, Sen. John Kennedy of Louisiana told Omarova he didn’t know whether to call her “professor or comrade,” which is obviously offensive and a mean-spirited, discriminatory reference to her being born in what is now Kazakhstan. Omarova originally came to the U.S. as a student and is now a U.S. citizen, though someone’s immigration path and status doesn’t matter in the sense that racist, xenophobic statements are always wrong. (Omarova, relatedly, vehemently denies accusations that she’s a communist.)

The “professor” part of Kennedy’s remark is because Omarova is currently a professor at Cornell University, where she teaches about corporate law and financial regulation. She’s published a ton of research and academic work on financial regulation in particular and has previously worked as an attorney at a firm with a strong focus on finances, as reported by NPR.

Kennedy also brought up Omarova’s childhood participation in a communist group for children in her country of origin, to which Omarova patiently explained she was forced to participate in the group because she lived in a totalitarian state. She also shared that she lost family members to attacks by a communist party.

Democratic Sen. Sherrod Brown of Ohio pointed out that calling a nominee “comrade” is “beneath the dignity” of the institution.

Regardless, Republican Sen. Patrick Toomey of Pennsylvania took a route similar to Kennedy’s in both his opening remarks and the final hour of the hearing. In reference to academic papers of Omarova’s, Toomey suggested her ideas “amount to a socialist manifesto” that would “devastate” community banks. Omarova later countered this notion by sharing a personal anecdote about how powerful it was for her to first have her own checkbook here in the  U.S.

Toomey later changed the script a bit, instead tossing out Republican fearmongering words like “radical,” but the message landed just the same. In his closing statement, Toomey alleged Omarova has “promoted radical” ideas about nationalizing banking systems and “imposing government price controls.”

“These are ideas consistent with the socialist view of a command and control economy,” Toomey continued. “The idea that we would put a person with these views as the chief regulator of America’s national banks is deeply disturbing and chilling.” What’s deeply “disturbing and chilling,” of course, is how anti-immigrant, anti-woman, and racist Republicans are.

You can check out a livestream of the hearing below.