‘This is a life changer’: Teachers and others celebrate public service student loan forgiveness 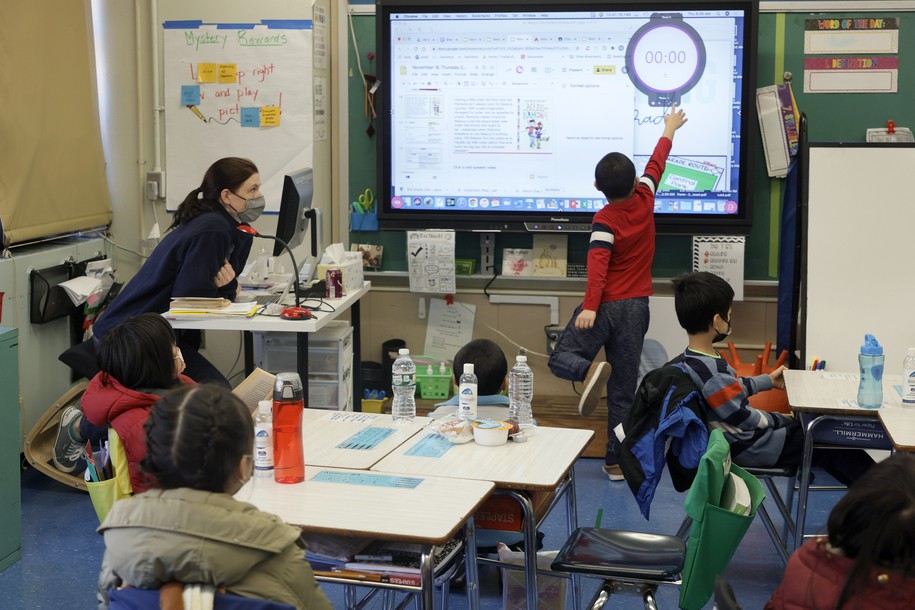 Weeks before student loan payments are set to resume after being suspended during the pandemic, 30,000 people are seeing loan forgiveness become a reality. The Biden administration’s changes to the Public Service Loan Forgiveness program are going into effect. The teachers and nurses and paramedics and librarians and state and local government employees who the program was designed to help are finally getting their due.

Under the program’s original design, public service workers were supposed to get loan forgiveness after making 120 payments over 10 years. But the vast, vast majority of people who were supposed to be helped instead found themselves snagged on one technicality after another, and the program fulfilled its promise to almost no one, with just over 16,000 people having ever gotten relief at the time the Biden administration took action.

According to a November 11 tweet from Education Secretary Miguel Cardona, 10,000 public servants had already had $715 million in debt forgiven. The total in the coming weeks was expected to reach 30,000 people and $2 billion.

The people affected are in many occupations, but teachers are one of the big groups affected. According to recent numbers from the National Education Association, 45% of educators had to take student loans to attend college, averaging $55,800. To do the valuable work of teaching. Of that 45%, 14% who still had unpaid student loan debt had a balance of $105,000 or more—and educators of color and younger educators were struggling the most with debt.

“The burden is off,” a paramedic with a new baby at home told NPR after his $19,000 in debt was erased. “I can’t tell you how I spread my joy, like, through the rafters at work,” a Pennsylvania state government employee said after $20,000 in loans was forgiven.

On social media, many people celebrating that their loans had been forgiven also noted that they had paid back close to the original amount they borrowed—but had fallen further behind because of interest.

The people whose loans are now being forgiven fall into the most straightforward categories to straighten out administratively, but several other categories of people are becoming eligible to have their status reassessed, including people who need to consolidate loans through the federal Direct Consolidation loan program and do a bunch of other, doubtless frustrating, paperwork, along with people who need to certify that their jobs qualify them for the PSLF program. Additionally, people whose loan records have irregularities or errors may need to request a manual review. The deadline for getting into the Limited PSLF Waiver program is October 31, 2022.

You can check out a small part of the explosion of happiness below. But working in public service should never have demanded that people take on life-altering debt. Starting to fix it shouldn’t have taken this long. It shouldn’t be this stressful or difficult. And public service loan forgiveness should only be a tiny part of the Biden administration’s actions on the student debt front.

President Joe Biden should take note of the joy and relief coming from this necessary but limited action. He could get this reaction on steroids if he would simply follow through on his campaign promise to cancel $10,000 of every borrower’s student debt. He would have gotten a bigger and better response if he had done so months ago, rather than letting angst and anxiety and anger build up around whether he’d fulfill his promise. He would get a bigger and better response if he canceled more than $10,000 per borrower, as economic and racial justice demand.

Whatever he’s thinking of doing, Biden should look at the response to the first 10,000 public service workers getting loan forgiveness of $715 million, and the next 20,000 public service workers expected to get loan forgiveness of another $1.2 billion or so, and think about the explosion of joy and pure “now I can get on with my life” if he did more.

Yes, some people would howl and wail about it. But the people who would be most likely to vote on their feelings about this specific issue? They would be the happy ones.

Big news! I received notification last night my student loans were forgiven, due 2 #PSLF changes. This is a life changer. My debt caused me much stress and hardship, especially w/mom getting sick. Thank you to my union @AFTunion for ur advocacy. Now lets cancel it all 4 everyone! pic.twitter.com/psAx0gzfCw

I now take back my #PSLF frustrations from earlier in the day. Logged in after work to FedLoans and not only are my $42K of loans forgiven, but am also getting a refund for 23 payments that now qualify under #TEPSLF Y’all, I am beside myself. pic.twitter.com/uWulyfELgU

My student loan debt just got forgiven with the new PSLF waiver!!!!!! I thought it would never happen after not being on the right payment plan but I have fulfilled my 120 payments and they delivered. Thank you @usedgov This teacher is crying tears of joy! ❤️ pic.twitter.com/svw3iLu3L1

I feel like shouting this from the rooftops but also terrified it’s not real… My #studentLoans were forgiven today! Nearly 11 years to the day that I started repayment. I’m so grateful, and it’s so messed up. I never made a payment that touched the principal #PSLF

I’ve dedicated more than a decade to public service; I made payments on time & in full. I still wasn’t going to qualify for #PSLF until 2025. Cried today when half my #studentloans were forgiven under @usedgov‘s waiver. PSLF let me do this job I love. TY @POTUS @SecCardona. 🧡

I officially hit a #milestone this week: I received formal notification that all of my student loans are forgiven under the #pslf program. An amazing weight lifted and solid proof that government can be a positive force for #change.