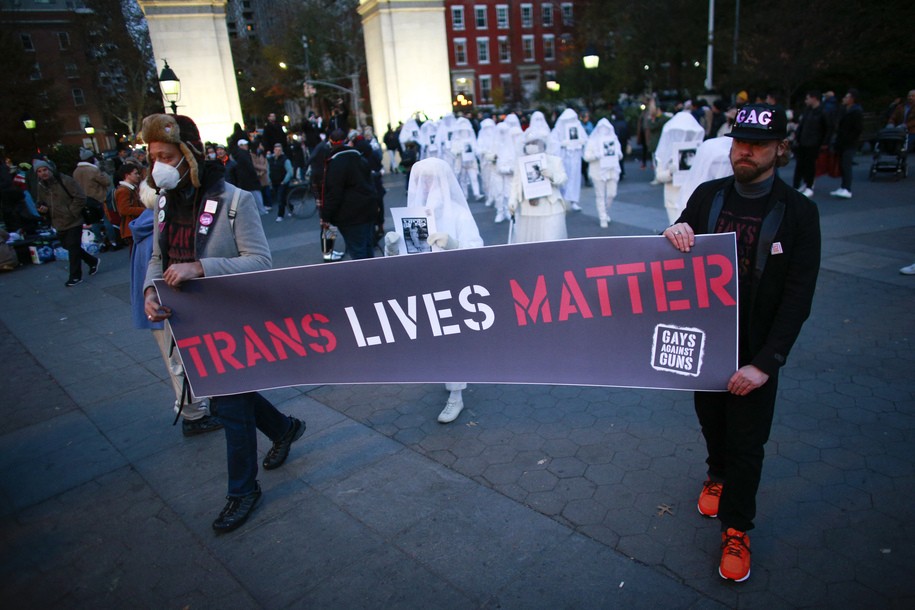 At this point, describing Facebook as a cesspool of right-wing hysteria is nothing new. It wouldn’t be hard for many of us to think of a distant relative who posts anti-vaccine conspiracy theories, for example, or is still reposting memes with lies about Hunter Biden or—gasp—Ukraine. Sadly, this doesn’t mean Facebook doesn’t have influence, or that folks aren’t sharing (and reading) material without realizing the far-right sources before them aren’t, well, legitimate.

One concerning example? As covered in a deep-dive study from Media Matters for America, when it comes to the content shared about trans issues on Facebook, right-wing pages get way, way more attention. That’s a problem for a lot of reasons.

According to a study published this November by Media Matters, the organization dove into posts about trans issues from October 2020 to September 2021. The top “pages” posted about trans issues were all conservative or alt-right. Some examples? Fox News, Franklin Graham, Dan Bongino, Breitbart, and even Ben Shaprio. The Daily Wire got the most Facebook shares when it came to trans issues, coming in at more than 13 million interactions. Yikes. Out of the top pages to make the cut, only CNN and NPR aren’t right-leaning.

Media Matters found that posts about trans issues with significant interactions—defined here as more than 50,000 interactions per post, as mentioned previously—more than three-quarters were from conservative sources. Again, yikes. For the curious, Media Matters found that other major news topics mentioned in top posts include Assistant Health Secretary Dr. Rachel Levine, the Equality Act, and pronoun use.

Let’s look at this data another way: According to Media Matters, right-leaning Facebook pages got 60 million interactions on posts about trans issues, for example, while left-leaning pages received only 16.1 million. For publications that don’t have an official ideology (described this way because we know no news source is truly entirely objective), they received about 18 million interactions. So, the left and “moderate” sources combined are still less than the right-leaning.

According to Media Matters, the algorithm has some responsibility here. How so? In a press release for the study, author Brennan Suen said Facebook’s algorithm has “amplified hatred and dangerous misinformation” specifically about trans youth, and specifically about health care, sports, and safety at schools—all huge issues in the news right now, largely thanks to Republican lawmakers who want to stomp down on vulnerable youth.

In short? Conservatives love to say they’re being silenced and censored, but numbers strongly suggest otherwise.