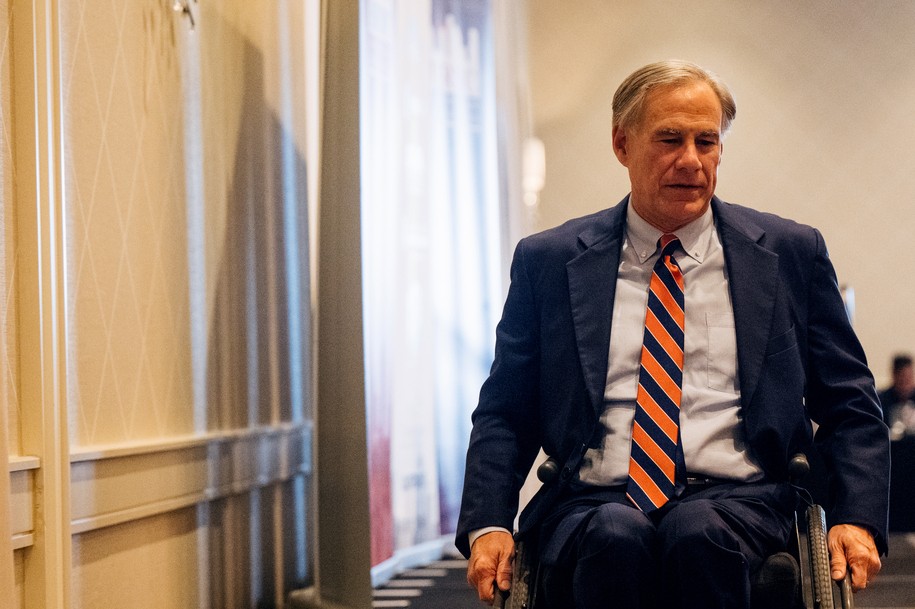 Human Rights Watch says that more than 1,500 migrants have been arrested and detained under Texas Gov. Greg Abbott’s “discriminatory and abusive” Operation Lone Star scheme. As previously noted, many have been asylum-seekers locked up for weeks and months at a time without any formal charges, which is in violation of state law.

Among the 1,500 people taken into custody since March have been at least six children, Human Rights Watch said. The human rights organization is now among the latest calling on the Justice Department to finally intervene and “act swiftly” to halt the right-wing governor’s scheme.

“Media reports indicate that some of the arrests under the operation were questionable, leading to charges against migrants being dropped or dismissed,” Human Rights Watch said. “For example, with Border Patrol collusion, police reportedly marched a group of 11 migrants onto private property and then arrested them for trespassing.” A prosecutor in recent weeks dropped charges against 11 men who were despicably arrested by officials in this manner.

But Human Rights Watch notes that Abbott and state Republicans’ racist rhetoric—“We are being invaded,” Lt. Gov. Dan Patrick has claimed as Abbott has echoed with similar wording—has also attracted the attention of militia groups “who are attempting to conduct immigration enforcement with no oversight, accountability, or training.” Nor are border officials remotely interested in stopping them: Daily Kos’ Dave Neiwert this past summer noted their “cozy” relationship.

“Some officials in Kinney County, one of two counties carrying out Operation Lone Star arrests so far, have appeared to endorse the presence in the county of these anti-immigrant militia groups, including ‘Patriots for America,’ according to media reports cited in a public information request by the American Civil Liberties Union-Texas and the Texas Civil Rights Project,” Human Rights Watch said. “The leader of ‘Patriots for America’ has claimed it is coordinating with law enforcement.”

Local advocates have for months been calling on the federal government to intervene, saying that “if we don’t get a grip on this soon, it’s going to be really, really bad,” Grassroots Leadership Co-executive Director Claudia Muñoz told Prism in September. We are long past that point. The next month, Rep. Joaquin Castro led House Democrats in calling on the Justice Department to open an investigation, saying Operation Lone Star has “directly led to a violation of state laws and constitutional due process rights.”

But so far, there’s been no public news from the federal government concerning this matter. Human Rights Watch U.S. Program Executive Director Nicole Austin-Hillery said that while the federal government is defending reproductive justice and voting rights in the state, it “is disturbingly absent when it comes to these state abuses of migrants.”

“Operation Lone Star has led to serious due process and civil rights abuses, made a mockery of the Texas judicial system, and fomented dangerous xenophobia,” Austin-Hillery said. “The Justice Department should urgently investigate and take all available measures to stop these abuses and ensure accountability for violations of migrants’ rights.” Muñoz said: “Operation Lone Star, a policy driven by racism, is the latest attempt to appeal to anti-immigrant extremism, placing border crossers and border communities at risk.”