ICE ignored U.S. citizen’s pleas about status and detained him for over a month, lawsuit says 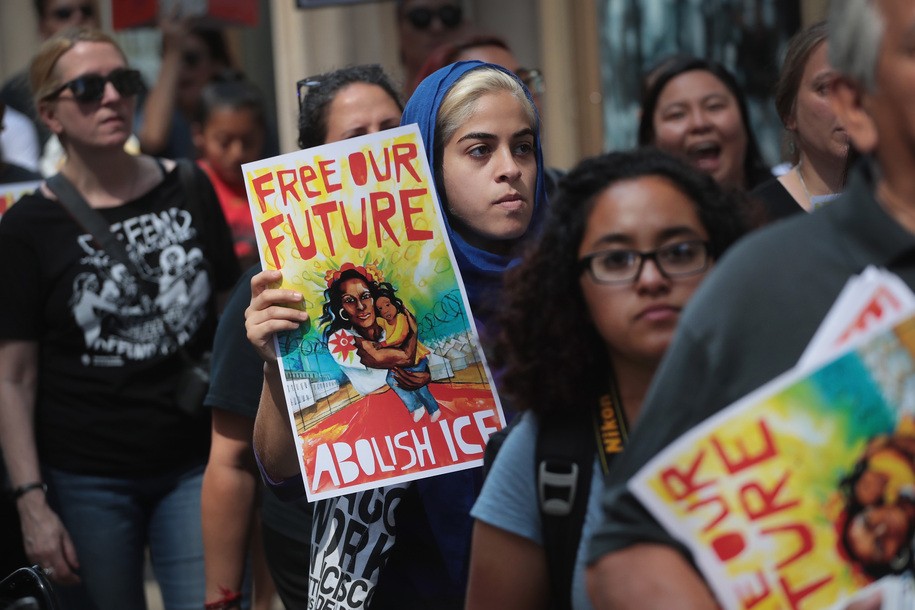 Immigration and Customs Enforcement (ICE) possibly detained as many as 800 U.S. citizens over the past several years, according to a nonpartisan government watchdog earlier this year. Among them has been Brian Bukle, who in a lawsuit made public this week said he was detained by federal immigration officials for more than a month despite repeated cries that he is in fact a U.S. citizen.

Not only did ICE ignore Bukle’s pleas—“they want you out, they don’t want you here,” one agent told him—he was jailed at a private immigration detention prison that has already been at the center of litigation over unsafe conditions amid the novel coronavirus pandemic. Officials “didn’t care about me or my life,” Bukle said in a statement.

Bukle, who is originally from the British Virgin Islands and has been a U.S. citizen since the age of 9, should have been released by the California Department of Corrections and Rehabilitation (CDCR) after completing his time last year. But Asian Americans Advancing Justice—Asian Law Caucus, the American Civil Liberties Union Foundation of Northern California, and law firm Sidley Austin LLP said in the lawsuit that CDCR had included his name in a list of immigrants sent to ICE even though he’d told CDCR he was a U.S. citizen.

When ICE then issued a detainer on Bukle, CDCR officials accepted it—even though, again, they knew very well that he was a U.S. citizen. “On June 16, 2020, a CDCR employee informed Mr. Bukle that instead of being released, he would be picked up by ICE the next day,” the lawsuit said. “Mr. Bukle again stated that he was a U.S. citizen but was again disregarded by the CDCR employee.” Bukle would then be picked up not by ICE agents, but rather by third-party contractors with G4S Secure Solutions, Inc.

That detail struck policy expert Aaron Reichlin-Melnick. “I’ve never heard of G4S contractors taking people into civil custody, which strikes me as obviously illegal? Pretty sure ICE can’t delegate arrest authority to contractors,” he tweeted. “Given the way that the arrest of Mr. Bukle was carried out, it would seem like G4S routinely ‘arrests’ people at that jail, since nobody apparently batted an eyelash. Does this occur in other locations?”

The lawsuit states that the private contractors would taunt Bukle during transportation, telling him “that ICE would put him on a plane to be deported,” court documents said. Once in ICE’s custody, Bukle would continue to press the fact that he’s an American citizen. But the lawsuit states that ICE ignored its own policy directing officials take certain actions to investigate “the potential U.S. citizenship of individuals encountered by ICE.” Previous investigations have previously found ICE also fails to follow its own policy when they detain U.S. military veterans.

“One thing we would like to do with this case is to highlight ICE’s mistreatment of people that are detained, and the way in which ICE flouts the law and makes decisions that have enormous impacts on our community members,” Asian Americans Advancing Justice—Asian Law Caucus senior staff attorney Jenny Zhao told The Fresno Bee.

Bukle would be detained at the privately-operated Mesa Verde Detention Facility for 36 days. Two dozen House Democrats representing California have previously called on the Biden administration to terminate contracts for a number of facilities in the state, including Mesa Verde, citing years-long records of anti-immigrant abuses and negligence. Follow that letter, one of those sites, Yuba County Jail, is currently detaining no immigrants.

“Black immigrants are significantly more likely to be targeted for deportation and come in contact with the abusive agency: 7% of non-citizens in the U.S. are Black, and yet they make up a full 20% of those facing deportation on criminal grounds, according to Black Alliance for Just Immigration (BAJI),” the groups said. In New Mexico, ICE has steadily refused to allow detained Haitians to meet with legal representation. Like also noted yesterday, groups cite the higher bond Haitian immigrants have commonly faced.

The lawsuit said that at one point, a “purported” therapist at the Mesa Verde facility urged Bukle to sign his deportation paperwork. He got his freedom only after an immigration judge dismissed his case. The lawsuit said that he now remains in fear he can be swept up by ICE again. “Mr. Bukle feels that his citizenship can be revoked at any time, creating long periods of depression,” the lawsuit said. “He has sought treatment from a professional therapist, whom he visits regularly.”

“After I served my sentence, I thought I would be going home to see my son for Father’s Day,” Bukle said. “Instead, I came this close to being deported and losing everything, a nightmare that has stayed with me to this day. CDCR and ICE continually harm Black and immigrant families whether or not we are U.S. citizens.” Zhao said it’s long past time for the state to “stop collaborating with ICE, which has proven time and time again that it has no regard for the humanity of the people it detains, whether immigrants or citizens.”

ACTION: Tell Gov. Newsom & the legislature to step up and #StopICEtransfers once and for all with the #VISIONAct:https://t.co/KcuEkZMwpm

Advocates in the state are using this unjust detention to continue pushing for the VISION Act, which “would end CDCR’s collaboration with ICE and will resume moving through the legislative process in January,” the statement said. “A poll this year by the University of California San Diego found a vast majority of Californians support the legislation.” That polling said a full six out of 10 respondents agree immigrants “should be allowed to return to their community here in California and rebuild their life” after serving their time.