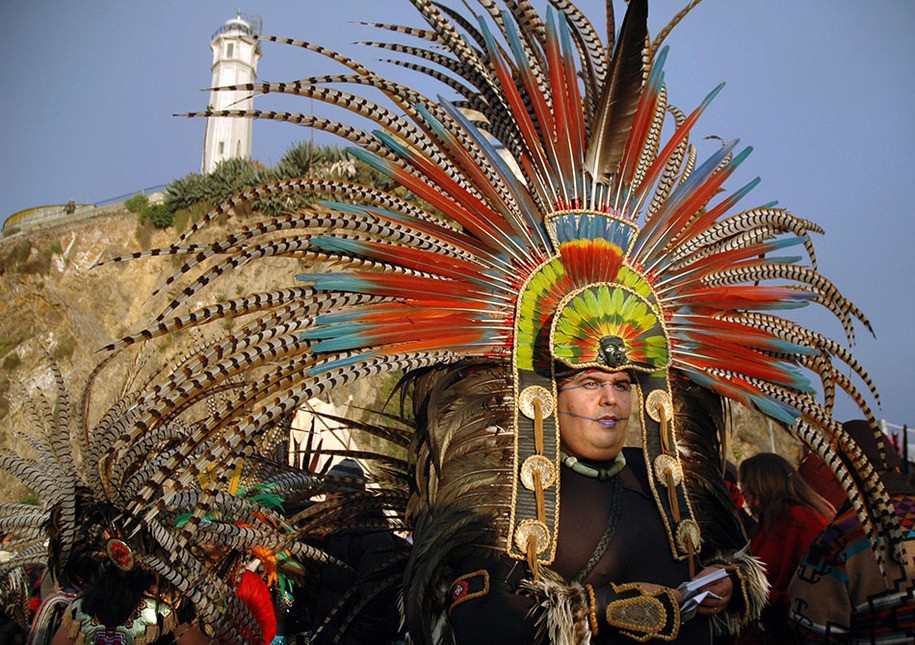 For more than a century and a half, the U.S. has observed Thanksgiving Day as a federal holiday. Its roots date back more than 400 years and consistently intersect with violence against Native Americans. In 1637, Massachusetts Colony Gov. John Winthrop established a Thanksgiving celebration to honor colonial volunteer soldiers who massacred 700 Pequot tribe members. In 1676, colonists celebrated the brutal killing of Wampanoag Sachem Massasoit, whose head was placed on a pike and displayed for 25 years. The slaying took place during King Philip’s War, which led to the deaths of thousands of Native Americans.

In an effort to highlight the true history of Thanksgiving and the genocide perpetrated against Native Americans, tribes have established ceremonies like the National Day of Mourning honoring the many Indigenous lives lost to genocide and advocating for Native American rights. First held in 1970 by the United American Indians of New England (UAINE), the National Day of Mourning occurs every third Thursday in November at Cole’s Hill in Plymouth, Massachusetts.

”Thanksgiving Day is a reminder of the genocide of millions of Native people, the theft of Native lands, and the erasure of Native cultures,” UAINE notes. “Participants in National Day of Mourning honor Indigenous ancestors and Native resilience. It is a day of remembrance and spiritual connection, as well as a protest against the racism and oppression that Indigenous people continue to experience worldwide.”

As with last year’s National Day of Mourning ceremony, the 2021 event will be livestreamed and include messages raising awareness of Indigenous issues across the country. The demonstration includes a march through historic Plymouth as well as actions near Plymouth rock. Past actions have included burying Plymouth Rock and placing a white sheet over the head of the William Bradford statue.

Bradford was the Plymouth colony governor and was a proponent of robbing tribal homes and graves, among other atrocities. Bradford’s journal detailing early colony life is filled with racist observations that include Bradford claiming that God delighted in seeing Native Americans succumb to disease. “For it pleased God to visit these Indians with a great sickness and such a mortality that of a thousand, above nine and a half hundred of them died, and many of them did rot above ground for want of burial,” Bradford wrote.

Another ceremony honoring Native Americans occurs on Alcatraz Island in the San Francisco Bay. Once used by the Ohlone tribe as a place to store food and camp before being turned into a place for the exiled, the island has been the site of multiple occupations and protests by Indigenous activists. The most famous action occurred in 1969, when an Indigenous group spent 19 months establishing a community and calling for the island to be returned to Native Americans. They were forcibly removed by federal agents and law enforcement in 1971.

Alcatraz was recently visited by Interior Secretary Deb Haaland on the 52nd anniversary of the occupation. Haaland praised the activists’ actions, many of whom were in attendance as she delivered her remarks. “We are in a new era. An era in which we can embrace our identities as Indigenous people and be proud of how much we have accomplished,” she added.

The annual Unthanksgiving Day ceremony held annually on the third Thursday in November also honors the 1969 occupation. Thousands travel to the island for early morning dances and celebrations of Indigenous culture. The event is also known as the Indigenous People’s Sunrise Gathering and is open to the public. Past luminaries who have attended Unthanksgiving events include Colin Kaepernick, who delivered a speech at the event in 2017.

“We’re all fighting for our justice, for our freedom, and realizing that we are in this fight together makes us all the more powerful,” Kaepernick said.