Anti-vaxx Chronicles: Why don’t the anti-science, faith-only types go to church when they get sick? 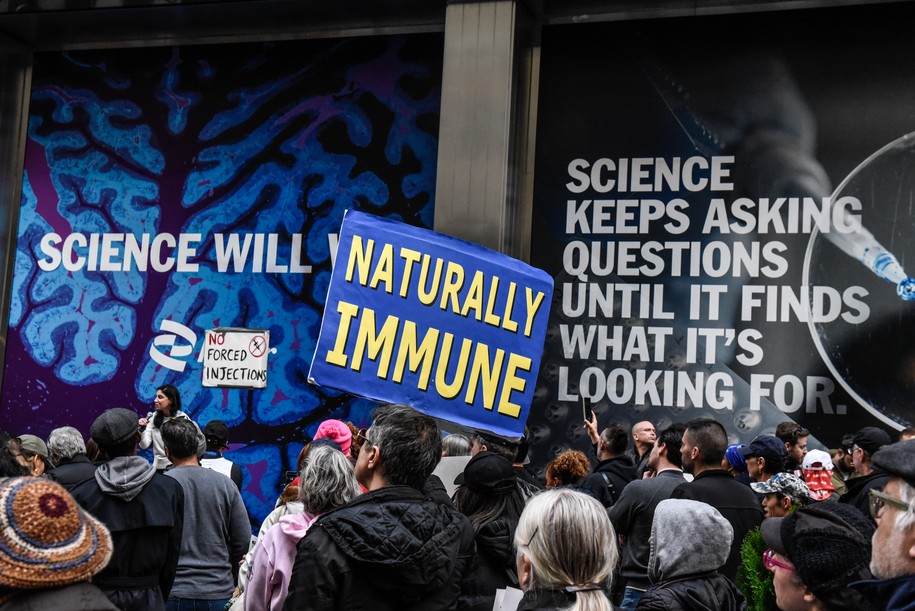 Facebook is a menace. COVID-19 is a menace. Conservatism is a cesspool. Together, those three ingredients have created a toxic stew of malevolent death and devastation. We can talk about all those things in the abstract, look at the numbers and statistics, and catch the occasional whiff of seditionist right-wing rhetoric. But I hadn’t really fully understood just how horrifying that combination of right-wing extremism, Facebook, and a killer virus was until I became a regular at the Herman Cain Awards subreddit. This serieswill document some of those stories, so we are aware of what the other side is doing to our country.

1. I guess I haven’t gotten my government-mandated leg-breaking yet. Government is so inefficient!

2. I forget, who did Biden appoint Vice President of Wheelchair Sales and Marketing?

3. If someone “taxes” an item that they themselves are selling, isn’t that just a “price markup”?

4. Regulations? Ironically, that’s what industry does, with seats on the SEC and other industry-regulating agencies.

5. If you use a wheelchair, for sure you wouldn’t be getting around so well without government. All those curb cuts and accessibility ramps aren’t there because cities and businesses had a good heart.

Sometimes, the irony is too much. Too much.

1. Joe Biden is a socialist;

The number of Americans applying for unemployment benefits dropped last week to the lowest level in more than half a century, another sign that the U.S. job market is rebounding. Jobless claims dropped by 71,000 to 199,000, lowest since mid-November 1969. https://t.co/JxsNtXQkSP

Conservatives love those “I won’t live in fear” memes, when their entire ideology is literally based on fear of change. And they reinforce that fear with bullshit like that socialism cartoon. What is “socialism” to them? Anything that is different. What happens if you do do something different? You die of electrocution.

If a society lets children murder each other by the hundreds, would that pass Mother Theresa’s “soul” test? What about a nation that thinks it’s okay for older people to die in order to have the “freedom” to not wear a strip of cloth over their mouths, or take a safe, free vaccine?

Would Mother Theresa be chill with a bully president who gleefully admitted to mass sexual assaults of women, and uses a supposed “children’s charity” to personally profit, including purchasing life-sized paintings of himself? Is that a nation with a kosher soul?

A scientist doesn’t wake up and wonder if gravity will work today, and step off his bed in wonderment and surprise that it still does. Scientists don’t doubt everything. There are established principles.

A real scientist looks at the vaccine data, and it’s clear that it is, without a shread of a doubt, magnitudes of order more effective than not vaccinating. It’s not even remotely close. Scientists will also continue to test the efficacy of the vaccine, and if new information arrives, will adjust accordingly.

Writing that, I’m reminded of all the memes about the “changing CDC” or “Fauci once said …” stuff. Conservatives really can’t handle gray and the unknown. They deal in black and white absolutes.

Currently, healthcare systems that mandate vaccines have retained 99% of their workforce. Consider the power of conservative misinformation, where they focus heavily on the handful that do quit, and create a perception of mass resistance.

Can we explain it? Yes, we can explain it. COVID-19 has given medical systems the opportunity to rid themselves of their most stupid, dangerous employees.

Why would he admit to being wrong about the vaccine, even as he’s admitted to the hospital?

His family member noted that he was suffering a panic attack, as COVID-19 symptoms led him to believe he was having a stroke and dying. He writes about how much “peace” his religion gives him. There’s a public posturing, and the cold-hard reality that we don’t want to die. We’re built to survive, and when push comes to shove, he didn’t choose faith over science. As he feared death was imminent, he went to a hospital, not a church.

It is science and medicine keeping him alive, not a pastor.

And now, he loses no matter the outcome. He survives? He’ll be loaded with medical debt, and most likely, a medical bankruptcy. His lungs will be shredded and long-COVID symptoms will bedevil him for who knows how long (if not for the rest of his life).

And if he doesn’t survive? Well, that’s also a loss.

Ultimately, it is science that would’ve likely avoided all this mess, had he gotten vaccinated. It never had to be a binary choice.