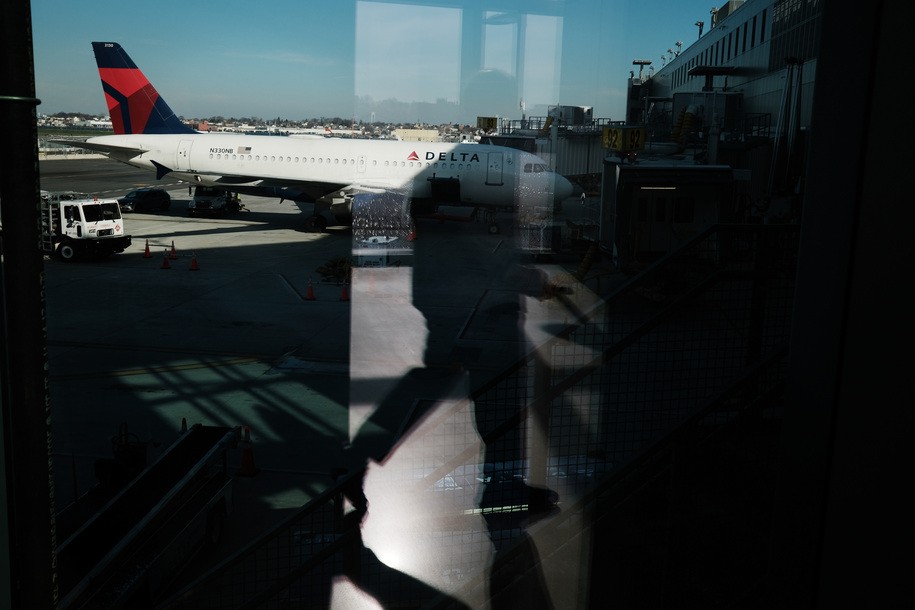 As we all know by now, there has been a dramatic spike in people behaving really badly on airplanes. Despite the FAA adopting a policy of zero tolerance for disruptive behavior, the airlines have submitted over 5,000 reports of unruly passengers. Out of that total, the FAA has referred at least 37 for possible criminal prosecution.

As people take to the air for the year-end holidays, Sara Nelson, the international president of the Association of Flight Attendants-CWA, reached out to CNN to give passengers some tips on what to do whenever they see potential signs of trouble on board.

Nelson, a United Airlines attendant, told CNN that the number of unruly passenger reports is the most since the FAA started keeping track in 1990—and that’s with over a month still left in 2021. She believes that a lot of people who haven’t flown in a year have forgotten about the myriad rules in place to keep us all safe—particularly the requirement to wear a mask in the airport and on the plane, which is in place until at least Jan. 18.

In Nelson’s experience, “when there was something going on politically or socially in this country,” it inevitably boils over on airplanes. In this case, she thinks people are upset about masks because of “many leaders that people are listening to” (read: COVID-19-loving politicians). But Nelson has also noticed that even rudimentary safety instructions—like being asked to put up your tray table—have caused passengers to fly off the handle. Alcohol makes it even worse at times; some passengers have forgotten that passengers have long been barred from bringing their own beer or wine aboard. Unruly behavior has led to flights being prevented from pulling away from the gate, or being diverted if they’re already in the air.

Things have gotten so bad that the Transport Workers Union recently called for a national no-fly list for unruly passengers—something that Transportation Sec.Pete Buttigeg is strongly considering. As drastic as that may seem, Nelson sees the spike in on-board altercations as nothing less than a threat to flight attendants’ jobs. She noted that flight attendants are not only responsible for the safety and health of passengers, but are now “aviation security’s last line of defense against terrorism.” She believes potential bad actors are looking at these battles as a potential distraction tactic.

With this in mind, Nelson offered tips for passengers in the event an altercation occurs.

Look for angry behavior, such as people cursing. We’ve had people who punched the backs of seats or punched into their own hand. Any kind of violent or threatening behavior and any kind of swearing is usually a clue.
We recommend that you advise a flight attendant at the first sign of trouble so that we can try to deescalate the situation. We are trained in deescalation, and also in how to direct other people to help. So unless there’s an imminent threat of people getting hurt, we really advise passengers not to take action on their own because they may inadvertently make the situation worse.

Nelson also advises against using your flight attendant call button if you’re close to the altercation. Instead, try to get to a galley and alert a flight attendant, or get the attention of someone a few seats away so they can alert the crew. Plus, look for “other helpers, other witnesses.” If you have kids traveling with you, move them “as far away from the action as possible, cover them up, and call for help.

Nelson is pleased that flight attendants “are not willing to accept this as the new normal,” and is glad that the Justice Department is serious about prosecuting incidents if warranted. In a colossal understatement, she adds that if we make examples of some people, “we expect that is going to help people understand that you don’t act out in an airport or on a plane.”

Nelson also points out one thing we can all do: “Take a few moments to talk with your family and bring kindness and patience with you.” It can help set the tone at both the gate and on the plane—and people respond to both.

Sounds like “if you see something, say something” no longer applies just to potential terrorism. It also applies to making sure your flight is safe and peaceful.