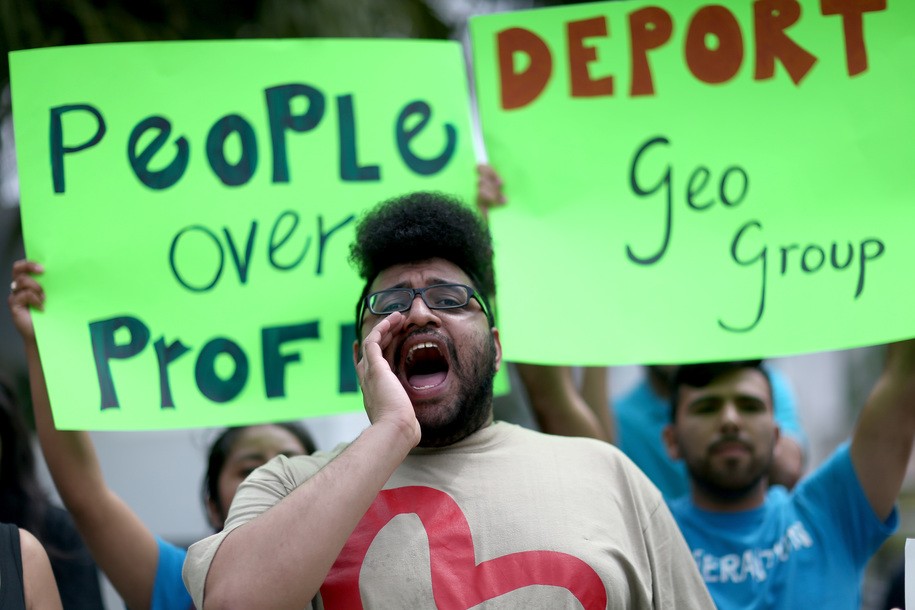 A researcher from The Maxwell School of Citizenship and Public Affairs at Syracuse University has published data at LA Progressive Newsletter detailing the vast sums of cash that private prison profiteers like GEO Group, CoreCivic, and Management and Training Corporation sunk into the 2020 campaign.

Transactional Records Access Clearinghouse (TRAC) at Syracuse University’s Dr. Austin Kocher, a researcher working with Peca, pointed out the individual recipients of GEO Group’s donations during the election season. No surprise who came out on top:

How much money is private detention corporations like GEO Group funneling into election campaigns? Find out here.https://t.co/DE5nllJkt6 pic.twitter.com/892q5ceoV2

Peca noted that Republicans were also a big favorite of CoreCivic. But that wasn’t the case when it came to a third private prison company.

“In contrast to GEO and CoreCivic, MTC was split almost evenly between donations to Republicans and Democrats during the 2020 cycle,” Peca continued. “MTC gave $118,500 to Republican candidates and affiliated PACs and organizations, and $113,750 to Democratic candidates and affiliated PACs and organizations. The largest donations given by MTC primarily went to Democrats.” Democrats including Arizona’s senior senator:

Would @SenatorSinema like to explain why she’s getting so much money from for-profit immigrant detention contractors? #kyrstensinema https://t.co/DE5nllrJBy pic.twitter.com/GmOwe9XkLF

“Campaign finance can have a massive impact on the accountability of public officials and the transparency of campaigns,” Peca said. “As constituents, we have the right—arguably the responsibility—to scrutinize not only our public officials but also those that believe that they can buy power and influence through massive campaign donations.” Click here to check out the full report.