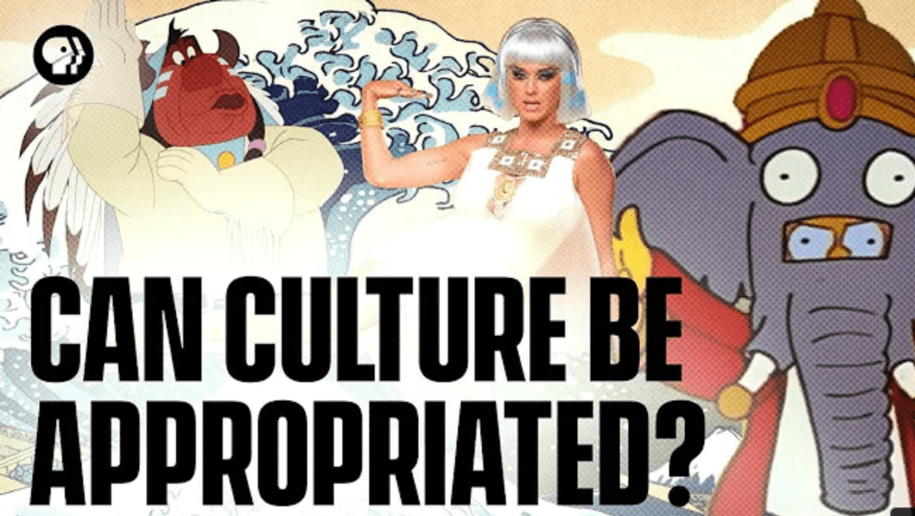 People often define America as a melting pot. But as the country brings together multiple cultures, many often cross the line between cultural appreciation and appropriation. You might have heard the term cultural appropriation, especially on trending media, but what exactly does it mean? According to HuffPost, the Cambridge Dictionary defines cultural appropriation as “the act of taking or using things from a culture that is not your own, especially without showing that you understand or respect this culture.”

The definition is a result of years of research including debates that argue that cultural appreciation becomes cultural appropriation “when an element of culture is adopted from a marginalized group without respect for its cultural meaning or significance or with the purpose of exploiting the culture for economic or social gain.”

Meaning that the line is drawn with what your intentions are. Are you understanding of where a specific thing comes from, or are you just trying to be cool? The classic example of cultural appropriation is Halloween. People who don’t respect specific cultures will dress up like them, in a way mocking the community members. Culture is not a costume, and perpetuating stereotypes is not funny.

Just a reminder to be mindful of your costumes as we approach Halloween! Cultural appropriation is NOT the move. #CultureNotACostume pic.twitter.com/wKCfM6Xfux

Clear examples of cultural appropriation can be found in the fashion world. In multiple incidents, white models have been depicted in traditional people of color’s (POC) clothing, often in spaces that are meant to highlight diversity.

In the U.S., appropriating Black culture is very common. While people do not respect Black folks, they are willing to take aspects of their culture, whether that involves fashion, music, or food, and claim it as their own. Often these things people appropriate are things that cause oppression for the source communities.

Appropriation is “most likely to be harmful when the source community is a minority group that has been oppressed or exploited in other ways or when the object of appropriation is particularly sensitive, e.g. sacred objects,” Fordham University Law Professor Susan Scafidi told Jezebel in 2012.

A recent example of this can be found in the Kim Kardashian “Bo Derek braids” controversy. Kardashian, who is an example of white privilege, posted an image of herself wearing cornrows, a hairstyle associated with Black culture. Due to her fame, the braids became a popular trend and symbol of beauty for some time. While some argued this was a good thing and she was bringing awareness to Black culture, the argument is Kardashian not only did not credit the history of the braids, but while she made it acceptable for white folks to wear them, the braids still were unacceptable for Black folks.

This is where the line between appreciation and appropriation is encountered. While Black students have historically been punished for such hairstyles, white students get away with them and are often complimented for being open to trying different cultures.

In terms of the Kardashian controversy, many felt as though comments made by the star alleged that Black people didn’t have a history of wearing braids and that the style was made up by the friend who inspired her.

“[It] reminded people that despite profiting off of Black culture for all of her career, she doesn’t care about it at all,” Bayo Adelaja, a diversity and inclusion expert and the leader of Do It Now Now, told Insider. “When Zendaya wore Locks on the red carpet, she was denigrated by a style guru on the E! channel, but when Kendall Jenner wears Locks on a runway, the style is chic and fashion-forward.”

Adelaja added that while a Black woman wearing her hair naturally is often called “unprofessional,” “ghetto,” or “too ethnic,” when a white person does it, it’s lauded as stylish.

Thinking of my culture specifically, I consistently see white people appropriate it. Growing up I was mocked for my South Asian attire, but now I see people wear those same styles out and about. But why am I not happy that my ethnic attire is more common? Because my people are still mocked. South Asian women in saris at the grocery store are still mocked and ridiculed, considered “other” and foreign, but on the other hand, a white woman in the same space is trendy and chic.

Similarly, let’s talk about the history of the bindi—how women were literally killed in parts of the country for having a bindi on their forehead, but now for some, the religious symbol is just tied to Coachella. Fast fashion stores sell bindis nationwide under the guise of it being Coachella attire while those who wear it as a representation of their culture and religion remain mocked.

To this day, South Asian women face hate as a result of wearing a bindi, hate that has been historically documented. Take the Dotbusters, a hate group in New Jersey that attacked South Asians for merely wearing a bindi.

The most recent trend that prompts a huge sigh from me personally is “naan bread” or “chai tea.” While it was considered weird to drink chai before, suddenly it’s cool now that it’s mainstream and apparently hipster to do so. I’m not hating, I love chai, but calling it “chai tea” to me is hilarious. “Chai” literally means tea, so the marketing is making you ask for tea tea. But that’s not even the biggest issue—the issue is those partaking in these trends while mocking the very people whose culture they are associating with.

But of course, Twitter is on it. Multiple individuals have stolen popular food and clothing staples from different cultures and claimed it as their own, but not without Twitter noticing.

A popular example is Alison Roman, a contributor to The New York Times who became popular for her Spiced Chickpea Stew (named by fans as “The Stew”). Plot twist: She made chaana, a South Asian classic. While Roman did say it was Indian-inspired, she failed to mention it wasn’t just inspired—it was a traditional Indian recipe she was profiting off of just by renaming.

So to summarize, cultural appropriation is when you take parts of a culture and either attempt to profit off them without acknowledging their history—essentially stealing—or you are disrespecting those who partake in said culture. Wearing a feather headpiece but hating on and not respecting Indigenous culture is another example. You cannot appreciate a culture if you are unaware of it and fail to respect those it comes from.

I’m here for partaking in and learning about different cultures, but let’s not forget to respect one another and appreciate diversity.

Here’s a video that explains the same.