‘Saying I am a suicide bomber is no laughing matter’: Ilhan Omar defends herself when GOP silent 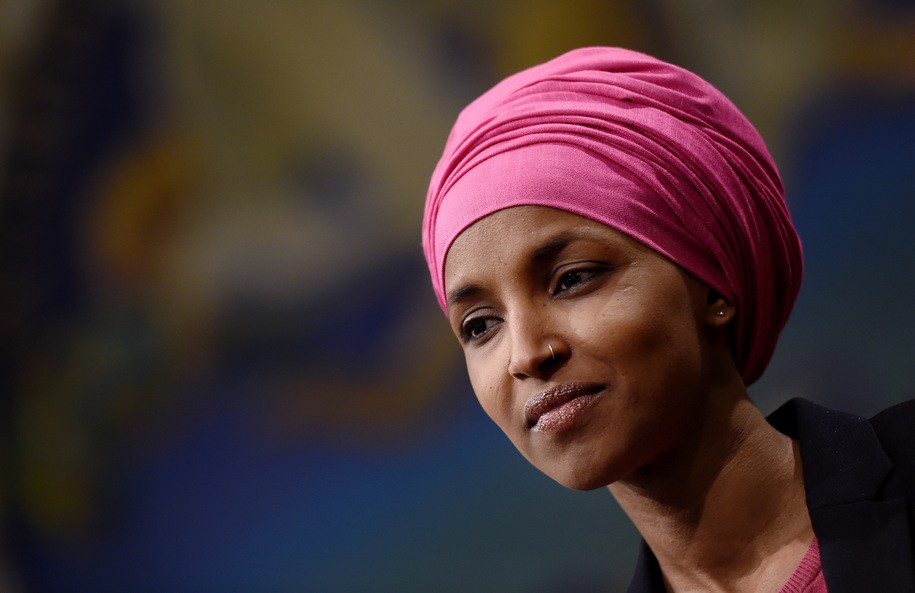 I wish I could say the failure of GOP leadership to condemn anti-Muslim rhetoric targeting Rep. Ilhan Omar was surprising. I wish I could say the disgusting remarks from Rep. Lauren Boebert that made recent headlines were unique. I wish Omar, one of the first Muslim women elected to Congress, didn’t have to deal with such incompetency from her peers, but all of my wishes must pale in comparison to those of Omar, who has been dealing with the prejudice for years.

She shared a story on Twitter Saturday of earlier fallout she faced from Republicans who didn’t approve of House Speaker Nancy Pelosi changing House rules to allow Omar to wear her turban. Former Rep. Steve King tweeted: “First day, a Member said to me, ‘Four pounds of C-4 under that would wipe out half of Congress.'”

First day of Congress, this member who said ⬇️ to Steve knew nothing about me besides the fact that I was Muslim & that somehow made me a terrorist to him. These anti-Muslim attacks aren’t about my ideas but about my identity & it’s clear. @GOPLeader your silence speaks volumes. pic.twitter.com/pXHHKqRhqp

Omar said the person who made the remarks to King knew nothing about her “besides the fact that I was Muslim & that somehow made me a terrorist to him.”

“These anti-Muslim attacks aren’t about my ideas but about my identity & it’s clear. @GOPLeader your silence speaks volumes,” she tweeted.

“I was getting into an elevator with one of my staffers. You know, we’re leaving the Capitol and we’re going back to my office and we get an elevator and I see a Capitol police officer running to the elevator. I see fret all over his face, and he’s reaching, and the door’s shutting, like I can’t open it, like what’s happening. I look to my left, and there she is. Ilhan Omar. And I said, ‘Well, she doesn’t have a backpack, we should be fine.’ ”

Over the Thanksgiving break, Lauren Boebert said she was recently in a Capitol elevator with Ilhan Omar when a fretful Capitol police officer ran up. Lauren Boebert said: “Well, she doesn’t have a backpack. We should be fine.” Boebert then called Ilhan Omar, “jihad squad.” pic.twitter.com/Y7f0nFbnud

Omar called on House leadership to take action. “Saying I am a suicide bomber is no laughing matter,” she tweeted. “@GOPLeader and @SpeakerPelosi need to take appropriate action, normalizing this bigotry not only endangers my life but the lives of all Muslims. Anti-Muslim bigotry has no place in Congress.”

Saying I am a suicide bomber is no laughing matter. @GOPLeader and @SpeakerPelosi need to take appropriate action, normalizing this bigotry not only endangers my life but the lives of all Muslims. Anti-Muslim bigotry has no place in Congress. https://t.co/A0VxI3uTmH pic.twitter.com/QTmqaGaZrM

“Racism and bigotry of any form, including Islamophobia, must always be called out, confronted and condemned in any place it is found.  This is particularly true in the halls of Congress, which are the very heart of our democracy.

“Congresswoman Boebert’s repeated, ongoing and targeted Islamophobic comments and actions against another Member of Congress, Congresswoman Ilhan Omar, are both deeply offensive and concerning.  This language and behavior are far beneath the standard of integrity, dignity and decency with which the Constitution and our constituents require that we act in the House. We call upon Congresswoman Boebert to fully retract these comments and refrain from making similar ones going forward.

“Leader McCarthy and the entire House Republican Leadership’s repeated failure to condemn inflammatory and bigoted rhetoric from members of their conference is outrageous. We call on the Republican Leadership to address this priority with the Congresswoman and to finally take real action to confront racism.”

Boebert issued an apology on Twitter. “I apologize to anyone in the Muslim community I offended with my comment about Rep. Omar,” the Republican said in a tweet. “I have reached out to her office to speak with her directly. There are plenty of policy differences to focus on without this unnecessary distraction.”

And while Republican Rep. Adam Kinzinger called Boebert trash immediately in response to her statement, House Minority Leader Kevin McCarthy didn’t respond until Boebert apologized. “I talked to Congresswoman Lauren Boebert today,” he said in a statement Newsweek obtained on Saturday. “She has apologized for what she said and has reached out to Congresswoman Omar to meet next week.”

“I spoke with Hoyer today to facilitate that meeting so that Congress can get back to talking to each other and working on the challenges facing the American people,” McCarthy added.

I highly doubt the meeting will have any transformative effect on Boebert or her GOP enablers.