If the Supreme Court won’t act to protect abortion, we can 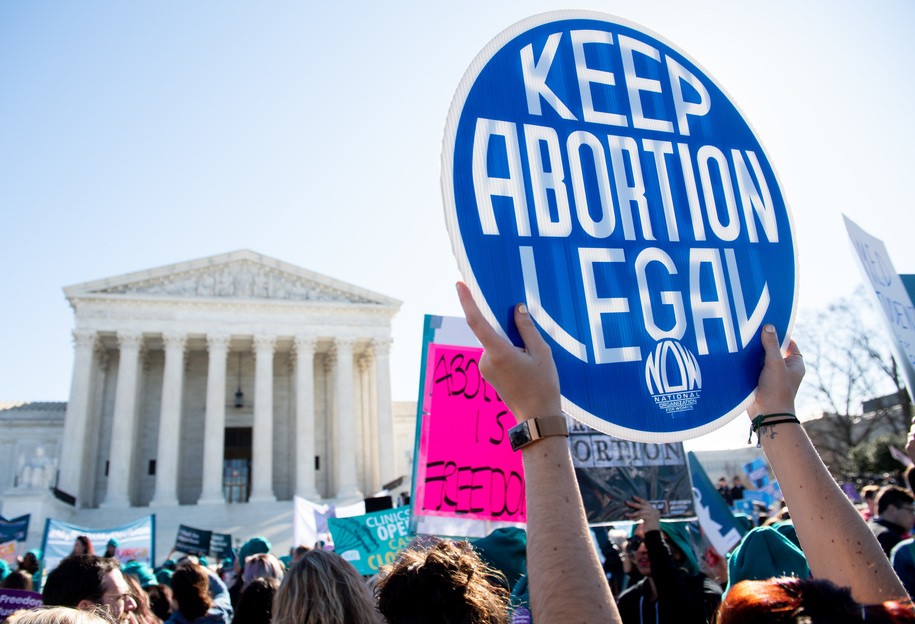 In yet another week without a Supreme Court decision on Texas’ six-week abortion ban, SB 8, abortion justice advocates aren’t taking our eyes off the ball just yet.

Tomorrow, Dec. 1, the court will hear arguments regarding a Mississippi 15-week abortion ban in a direct challenge to Roe v. Wade. Lower courts prohibited the ban from going into effect, but the Supreme Court decided to accept the case and will consider “whether all pre-viability prohibitions on elective abortion are unconstitutional.”

This is the kind of case abortion providers, funds, and advocates have been warning us of for years, trying to get through to the Susan Collinses of the world who believe extremist right-wing Supreme Court justices will automatically respect precedent. The alarming truth is that this case has the potential to drastically change the landscape of abortion access in the U.S. as we know it. Despite a large swath of the country already being in a post-Roe environment, the reality is that it can get much, much worse.

No matter what happens at the Supreme Court, we can’t stop fighting. Please donate to support abortion funds that help people access abortion care—including patients traveling out of Texas to neighboring states.

The strain and stress leading to tomorrow’s oral arguments has been compounded by the implementation of the country’s worst anti-abortion law since Roe v. Wade was decided: Texas’ near-total abortion ban. At the same time that abortion clinics and funds are preparing for the fallout of the Mississippi case, they’ve had to navigate the effects of SB 8, which has forced Texas patients to go as far as Maine to access abortion.

States surrounding Texas are feeling the brunt of the influx in patients. In Oklahoma, abortion clinic Trust Women saw a tenfold increase in patients coming from Texas. Planned Parenthood of the Rocky Mountains, which has clinics in Colorado, New Mexico, and southern Nevada, has seen a “steady increase” in patients that’s impacting wait times for everyone.

It’s not only clinics that are feeling the pressure. Every single one of their Texas patients has to secure funding for the procedure, arrange transportation, and potentially get lodging, find child care, and request time off from work.

To help ease that strain, Daily Kos has been fundraising for abortion funds in states surrounding Texas. Abortion funds provide small grants and/or practical assistance like lodging, transportation, child care, and translation services to people seeking abortion care. As we continue to advocate to ensure abortion becomes more accessible and less stigmatized, we’re also working to directly fund organizations doing the work on the ground to support people who want an abortion.

It could still be weeks before the Supreme Court rules on Texas’ law, and it will be months before it rules on Mississippi’s. No matter what the court decides, people all across the U.S. will continue to need funds for abortion care. It’s easy to feel helpless in the face of such extremism, but there is something we can do.

By donating to abortion funds, you can play a key role in helping to lift some of the burdens facing patients who are traveling out of Texas to access abortion care. Can you chip in to seven abortion funds in states surrounding Texas today?