Anti-vaxx Chronicles: Televangelist who put his faith in Robert Kennedy Jr. and ivermectin is dead 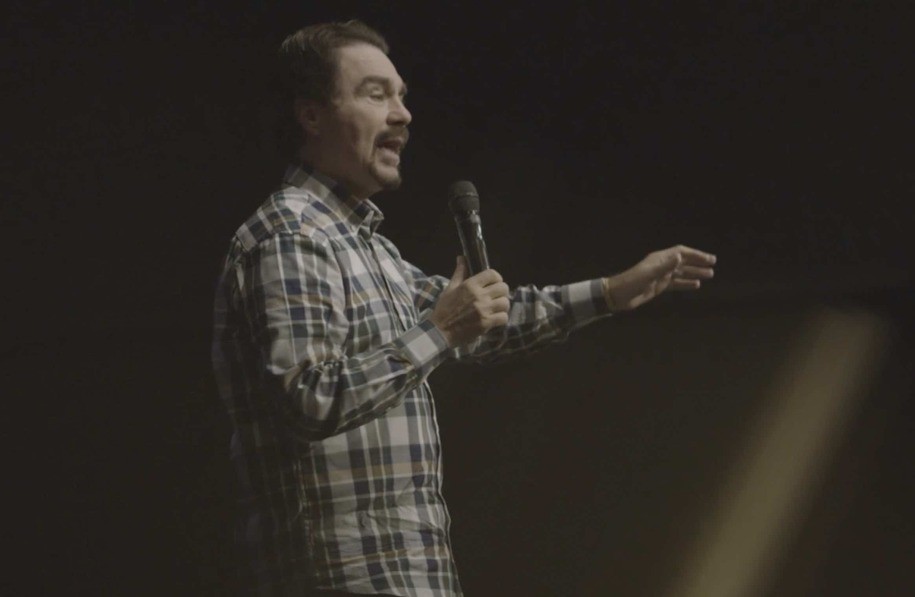 Today’s cautionary tale is different than usual, since I’m not sharing it from Reddit. Rather, it’s about this guy:

It’s with a heavy heart we announce that Marcus Lamb, president and founder of Daystar Television Network, went home to be with the Lord this morning. The family asks that their privacy be respected as they grieve this difficult loss. Please continue to lift them up in prayer. pic.twitter.com/EVujL8zotG

Lamb died of COVID, and it’s fitting the network didn’t mention it in the death announcement. Lamb has been a virulently anti-vaxx COVID denier, and has used his platform to spread that mis- and disinformation to countless others. That includes, funnily enough, hosting our murderous friend Robert Kennedy Jr.

This story from Religious News provides all the necessary background.

Marcus Lamb was co-founder and CEO of the Daystar Television Network, a network popular with evangelical and charismatic Christians. In recent weeks, friends and supporters had been praying for his recovery from the virus, seeing it as a spiritual attack because of his advocacy against vaccines and push for alternate treatments.

“There’s no doubt in my mind that this is a spiritual attack from the enemy,” Lamb’s son, Jonathan, said about his father’s COVID-19 illness on a Nov. 23 broadcast of the Ministry Now program. “As much as my parents have gone on here to kind of inform everyone about everything going on to the pandemic and some of the ways to treat COVID — there’s no doubt that the enemy is not happy about that. And he’s doing everything he can to take down my Dad.”

COVID has no spirit. It’s a virus, mere strands of RNA and … other science shit I won’t pretend to understand. It’s a simple organism with a single directive: to multiply and spread. Lamb stood in the way of countermeasures that would’ve thwarted the virus, and as a result, was infected.

Or is his son saying his dad was weak of spirit, given how he succumbed to the virus?

Do note, however, how his son says his parents “inform everyone [on] some of the ways to treat COVID.“

Daystar has broadcast a series of programs featuring vaccine skeptics such as Robert Kennedy Jr., Sherri Tenpenny and Del Bigtree as well as a group of physicians known as America’s Frontline Doctors, who support the use of hydroxychloroquine and other alternative treatments for dealing with COVID-19.

Ah, America’s Frontline Doctors. Those guys are frequent guests in the Anti-vaxx Chronicles, instructing dumbass conservatives to “treat” COVID with ivermectin (horse dewormer) and hydroxychloroquine. In fact, for a fee, their quacks will hook up their freedom-loving marks:

Hydroxychloroquine (HCQ), Ivermectin, and other COVID-19 medications can be obtained by prescription in the USA in almost every state. AFLDS-trained and licensed physicians are available via telemedicine for a short consultation. Our physicians know that HCQ and Zinc are effective both prophylactically and when used early. The telemedicine physician will review your history. Almost all patients can safely take these medications.

And their fee is the price of FREEDOM.

… our physician services are available for payment only because we still have a free market which is allowing you to buy something you want for a fair price. We have received thousands of emails from non-Americans who would pay exorbitant fees to stand where you freely stand: the ability to purchase something useful. So we do not answer any emails from people asking us about this service being covered by insurance. We are outside the insurance system specifically because the insurance system is blocking you from obtaining what you need for your good health.

You see? Insurance companies would rather pay out hundreds of thousands in hospitalization and drug costs rather than have their members take cheap meds … like a vaccine! It’s all so sensical!

Anyway … back to the article.

An episode featuring Bigtree, best known for his anti-vaccine film “Vaxxed,” and Kennedy began with Marcus and Joni Lamb sitting with their young granddaughter and defending their efforts to help people do their own research about vaccines.

“Why are we doing this?”  Marcus Lamb said. “Because God loves people and we love people.”

Non sequitur: Maybe God loves people so much, he inspired scientists to come up with a vaccine that would spare people’s lives, and these dumbasses are preventing his will from being carried out.

Joni Lamb said on the broadcast that her husband had diabetes and that he had been hospitalized for COVID-19 after his oxygen levels dropped. She also said that he had tried alternative treatments but was not able to recover.

“Alternative treatments.” I guess his America’s Frontline Doctors failed to deliver the thing they’re supposed to offer—life. Instead, he stuffed himself with horse paste and hydroxychloroquine and zinc tablets and maybe even Clorox, who knows. But in the end, despite all their “God is the best healer” bullshit, Lamb ended up in a good ol’, secular, science- and medicine-based hospital. All that faith evaporates the second oxygen levels drop and they start gasping for air.

She said she had used the protocols that they had promoted on the program and “breezed through COVID.”

Ivermectin didn’t save her. Fact is, most people survive COVID. She ended up on the favorable side of the odds. Her husband did not. But of course, she’ll now continue spreading misinformation about those quack treatments.

Lamb posted a photo of Floyd, accompanied by the words “I can’t breathe,” on his Facebook page in the summer of 2020.

“Joni and I remain committed to standing against the evil sin of racism,” he wrote on the post. “The murder of George Floyd and the pain that followed have been heart breaking and I know it also breaks the heart of God.”

Lamb’s ministry made headlines earlier this year after “Inside Edition” reported that Daystar bought a private jet not long after securing a $3.9 million loan through the Paycheck Protection Plan program, funded by federal COVID-19 relief dollars. The loan was later repaid.

“[T]he enemy is not happy about that. And he’s doing everything he can to take down my Dad,” said his son. Except that this “enemy” was begging him to take a vaccine that would’ve likely saved his life, and would likely save the lives of his viewers and congregants. Instead, he decided to hang out with the likes of Kennedy Jr. and wasted his life on a stupid, but deadly, lie.