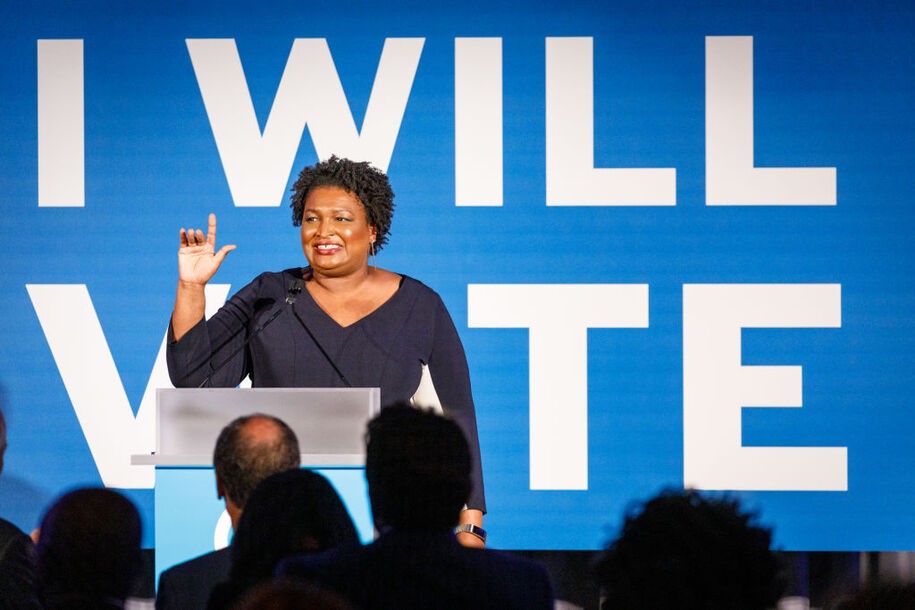 Stacey Abrams has made it official, announcing this afternoon that she will be running for governor of Georgia in the upcoming 2022 election.

I’m running for Governor because opportunity in our state shouldn’t be determined by zip code, background or access to power. #gapol Be a founding donor to my campaign:https://t.co/gk2lmBINfW pic.twitter.com/z14wUlo8ls

Abrams, who is a top national voice in defense of voting rights, will be running to unseat Republican Gov. Brian Kemp, a rematch of the 2018 race that saw Kemp overseeing his own election as then-Georgia secretary of state. Since that time, Georgia Republicans have further attempted to tamp down on voter rights, spurred by the loss of the state’s two Senate seats in the election that saw Donald Trump’s defeat.

Kemp has already issued a first response, a series of stitched-together generic Republican buzzwords that dodges both of the key criticisms of his tenure: the state’s massive number of COVID-19 deaths due to Republican hostility toward pandemic safety, and the ongoing Republican campaign to strip voters of the right to vote against them.

Keep Georgia blue: Please contribute $1 to each of these grassroots organizations to help them build a progressive Georgia.