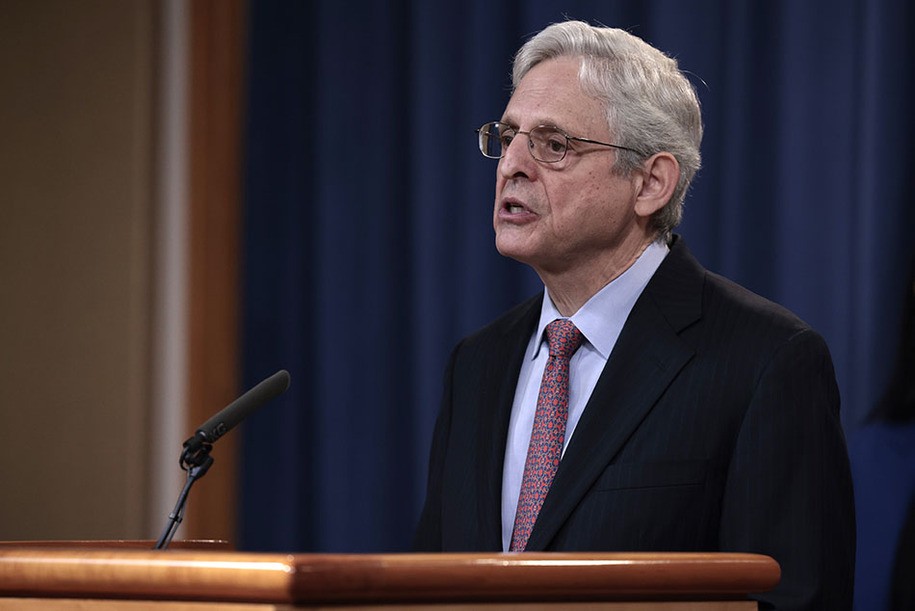 In less than a month, the Justice Department has filed its second lawsuit against Texas’ voting practices, specifically its redistricting maps. The complaint was announced on Monday along with a press conference in which Attorney General Merrick Garland condemned the 2013 Supreme Court ruling that eliminated a preclearance requirement from the 1965 Voting Rights Act that enables federal oversight of redistricting for states like Texas that have a history of discrimination against voters of color. Associate Attorney General Vanita Gupta concurred with Garland, and called out Texas Congressional District 23 for once again failing to create a Latino electoral opportunity district for “the third time in three decades.”

District 23 represents a swath of West Texas stretching from west San Antonio to just outside El Paso and is a majority-Hispanic area that saw an increase in its Hispanic population, along with the rest of the state. The redistricting map passed by majority-GOP lawmakers and approved by Gov. Greg Abbott now skews more heavily Republican and slightly whiter. According to the Texas Tribune, the latest map adds 5% more white voters. It makes it so that Donald Trump would’ve defeated Joe Biden in the 2020 presidential election by an additional 5.4 percentage points.

Countless districts adopted by the state illustrate how lawmakers are more than eager to gerrymander without concern for optics or equality. Lawsuit after lawsuit has been filed on behalf of residents in districts encompassing Galveston, the Dallas-Fort Worth metro, and even the entire state. The Justice Department’s latest lawsuit also names congressional districts in the Dallas-Fort Worth metro area, a newly-formed district in Harris County, and house districts in Bexar County, South Texas, and El Paso and West Texas. It’s harder to find an untouched district than it is to find a district providing a voice for all eligible voters regardless of ethnicity.

Texas Attorney General Ken Paxton has already come out against the lawsuit and its claims.

“The Department of Justice’s absurd lawsuit against our state is the Biden Administration’s latest ploy to control Texas voters,” Paxton claimed without a hint of irony. “I am confident that our legislature’s redistricting decisions will be proven lawful, and this preposterous attempt to sway democracy will fail.” Paxton isn’t precisely a brilliant legal mind, though he appears to know just enough about the law to absolve himself from its consequences. Earlier this year, his own office cleared him of wrongdoing in a bribery scandal that included a shady remodeling of his private residence and an alleged affair. At best, Paxton is a ham-fisted distraction.

So far, Abbott and outspoken Lt. Gov. Dan Patrick (of patriotic grandparents should die from capitalism fame) have been silent about the lawsuit and said little about the Justice Department’s prior case against Texas’ voting restrictions, presumably because they don’t meaningfully care about voting rights unless it benefits them. Filed on Nov. 4, the suit aims at another problem the state seems to be facing regarding voter disenfranchisement: accessibility. According to a press release, Texas’ Senate Bill 1 “violates Section 208 of the Voting Rights Act by improperly restricting what assistance in the polling booth voters who have a disability or are unable to read or write can receive.” It is pending litigation, though the law itself went into effect last week.