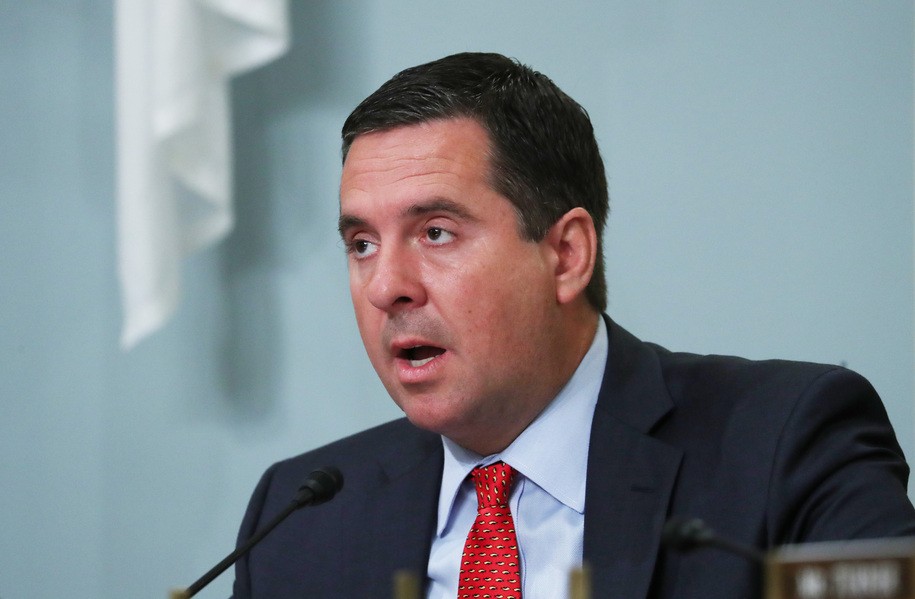 Republican Rep. Devin Nunes of California took time away from suing parody Twitter accounts to leak a rumor that he will not seek another elected position after 2022. First, KMJ NOW reported Nunes would be retiring from Congress after 2022. Then, Fox News “White House Correspondent” Jacqui Heinrich tweeted: “NEW: Rep Devin Nunes is retiring. I’m told he ‘got a job offer that he can’t refuse’—CEO of a new Trump media org.” Reports say the new media portal will be called TRUTH Social.

While Fox News isn’t much in the way of news or facts, they do know propaganda and are pretty embedded in the conservative misinformation machine world. The fact that the Nunes news references The Godfather isn’t a mistake. Trump is a gangster. The Donald extorts money and services out of people while providing a promise of protection from Donald Trump, whether by way of public attacks or lawsuits.

According to reporter David Drucker Nunes has reportedly sent out an email to constituents to remind them that he hasn’t been doing anything for them for years, so nothing much will change. But more importantly, he plans to leave at the end of 2021. Yay!

Nunes’ career has shown a level of mediocrity only matched by his reported future employer, Donald Trump. His attempts to sue anybody who criticizes him have, like his boss Trump, not gone particularly well. Of course, like Trump, the money behind Nunes is very mysterious. Recently, Rep. Nunes campaign finances have come under scrutiny, and Nunes’ team has told people to ask his mother—literally.

The LA Times reports that Nunes, based on “draft maps released earlier this year,” could be facing a “tough” reelection in 2022. Better to make that money while making that money is hot. On the other hand, Nunes was potentially going to become the chairman of the House Ways and Means Committee—if Republicans can take back the majority position on the House in 2022.

The fact that Nunes will reportedly run some information-mining social media scheme on behalf of Donald Trump is perfect for a person like Nunes, who not unlike many lucrative “freedom” thinkers over the past few months, has been willing to go on television to tell the world that he, along with  and all of the other people you see and hear on the news and online, is being censored. You cannot work for Trump unless you are willing to match a propensity to say whatever thing you believe will get you to the next level with a sociopath’s ability to attack the most vulnerable people among us.

TRUTH Social is supposed to launch sometime in 2022. I can wait.

Here’s the only response to the news that sums up the general feeling.