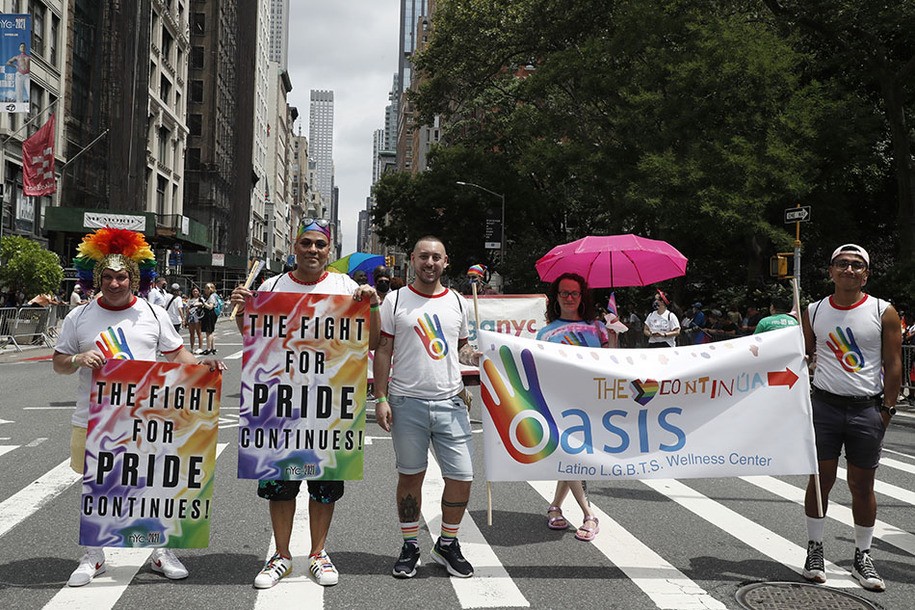 A Long Island man who spent years threatening the LGBTQ community with attacks he claimed would make the 2016 Pulse Nightclub massacre “look like a cakewalk” has been arrested. Robert Fehring turned himself in to the FBI on Monday after the Justice Department unsealed a complaint detailing the alarming letters he mailed to LGBTQ organizers, business owners, and city council members between 2013 and 2021. Fehring has been charged with making threats through the U.S. mail and faces up to five years in prison. He was released on a $100,000 bond but is being confined to his home and monitored electronically.

The 74-year-old from Bayport all but admitted he sent the more than 60 letters referenced in the Justice Department complaint, many of which were found as drafts during a search of his home. That search also turned up a cache of ammo, loaded shotguns, stun guns, an American flag-emblazoned machete, and the remains of a dead bird packed into an envelope to be sent to an attorney who works on behalf of LGBTQ clients. On that envelope and the many others he sent, Fehring admitted to using a stamp with the word “confidential!” on it. According to the Justice Department complaint, Fehring claimed the stamp was meant to ensure that the letter reached its intended recipient and that it was taken seriously.

Fehring also admitted that he didn’t like the LGBTQ community during an interview last month with FBI agents. FBI Assistant Director-in-Charge Michael Driscoll called Fehring’s threats “appalling” and “dangerous” in a press release. And, for those he threatened, Fehring destroyed their sense of safety. Speaking with Newsday, LGBT Network head David Kilmnick said he received dozens of letters dating as far back as 2014. One included a doctored cover of Newsday filled with hateful language and photos that may have been taken by Fehring of a Long Island Pride event. Kilmnick had panic buttons installed in his home and LGBT Network community centers. “I had to think twice about putting out the garbage or getting the mail,” Kilmnick said.

The letters cited by the Justice Department contain terrifying threats that Fehring appeared ready to act on given the discovery of weapons at his home. In one letter, Fehring urges the Patchogue Chamber of Commerce to have a “large police presence, and numerous ambulances available” if they continue holding LGBT-friendly events. Another letter sent to a New York City Pride organizer included the Pulse Nightclub shooting reference and claimed that Fehring had staged “radio-controlled devices” and “firepower aimed” at parade participants and spectators. The Pulse Nightclub shooting killed at least 49 people and wounded dozens more. It was considered the deadliest mass shooting in the country at the time.

Sayville Chamber president Eileen Tyznar, who received several letters from Fehring, said it wasn’t just the homophobic, hateful content but the specificity of Fehring’s threats that alarmed her. “He would be extremely descriptive about what he was going to do if we continued to hang pride flags, if we continued to have parades, and if we did it again, what would happen next,” Tyznar told Newsday. Though many of Fehring’s letters made it seem as if they had a group backing them, the former high school teacher, band director, and track coach appeared to be acting alone.

Fehring taught at Bellport High School in Brookhaven in the 1970s and was later taken to court by a former student who claimed that Fehring sexually abused a minor during his time at the school. The case is still active.