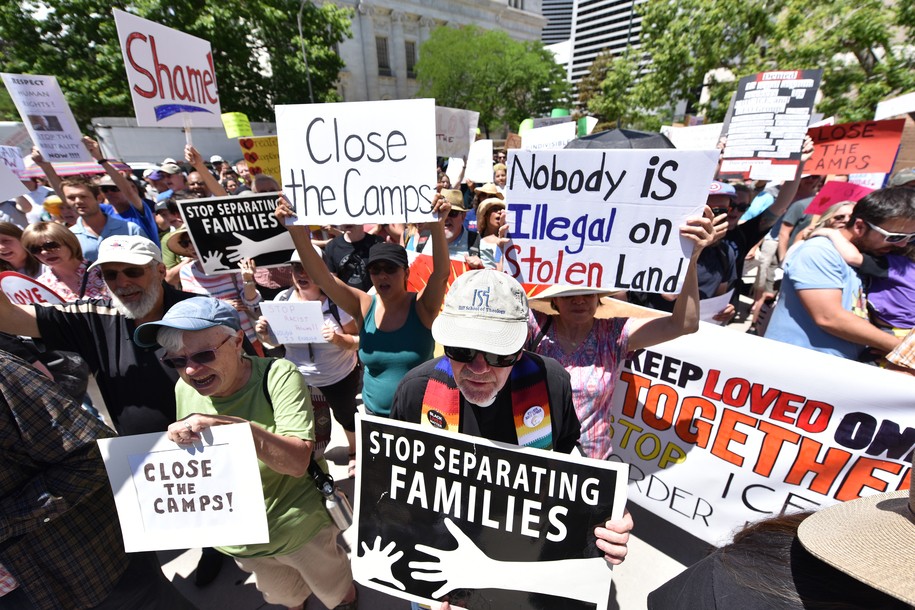 Two House committees say in a joint letter to the Department of Homeland Security (DHS) that Mahendra Amin, the Georgia gynecologist accused of sterilizing and operating on detained immigrants without their consent, may have carried out these abusive, horrific procedures to defraud the government “without consequences.”

Lawmakers cite a letter from Dr. Tony Ogburn of the University of Texas Rio Grande Valley School of Medicine’s Department of Obstetrics and Gynecology calling Amin “not competent,” and said he performed “tests and treatments that generated a significant amount of reimbursement” but ultimately weren’t to patients’ benefit.

“Troublingly, Dr. Ogburn found that Dr. Amin ‘was not up to date with current evidence-based guidelines,’ engaged in a ‘pattern of performing the same surgery—D&C, laparoscopy (LSC)—on many patients no matter what their condition was,’ and performed evaluation and treatment that ‘did not address [the patient’s] primary issue’ but ‘instead he did a variety of tests and surgery that did them little or no good, and potentially caused harm,’” lawmakers write.

The government can always recover its money but what can’t be so easily fixed are the abuses suffered by Amin’s victims. In fact, a class-action petition and complaint filed nearly a year ago stated that Immigration and Customs Enforcement (ICE) officials and others in charge at the privately run Irwin County Detention Center (ICDC) knew for years that Amin was abusing women—and did nothing about it.

“Since at least 2018, women treated by Respondent Amin and their counsel have reported his abusive behavior to certain Respondents and their agents, including unnamed ICE agents and ICDC officers, both verbally and in writing,” the complaint stated. “Despite these complaints, Respondents have continued a policy or custom of regularly sending women detained at ICDC to be treated by Respondent Amin.” An extensive report this past September shed further light on abuses against immigrant women, including one who was deported just 24 hours after she was confronted about speaking to her lawyer.

After an initial pledge in May that ICDC would be shuttered, all women were finally removed from the LaSalle Corrections-operated facility this past September. Lawmakers led by Oversight and Reform Committee chair Carolyn Maloney and Homeland Security Committee chair Bennie Thompson write that the private prison profiteer had initially refused to turn over documents as part of the investigation. “After LaSalle refused to produce these documents voluntarily, the Committee on Homeland Security issued a subpoena to compel production.”

Lawmakers ask Secretary Alejandro Mayorkas if DHS has “made any referrals to law enforcement or the Department of Justice related to the conduct of Dr. Amin? Is DHS aware of any such investigations by criminal or civil authorities?”

Both the complaint and extensive report have also called for the return of victims and potential witnesses deported by officials. Nearly a dozen women late last year filed grievances with the Georgia Medical Composite Board urging state officials to revoke Amin’s license. Lawmakers write that “concerns were so serious” that Dr. Ogburn also “submitted a letter of complaint regarding Dr. Amin to the Georgia Composite Medical Board.”

Unfortunately, we know that abuses are not isolated to the immigrants who were detained at ICDC in Georgia. “We are also concerned that people at other detention facilities may be receiving similarly inappropriate or inadequate medical treatment,” Maloney and Thompson say. “DHS has thus far identified only two detention facilities as unsuitable for housing ICE detainees after more than six months of review, even though the committees’ investigations have identified serious concerns about many others.”